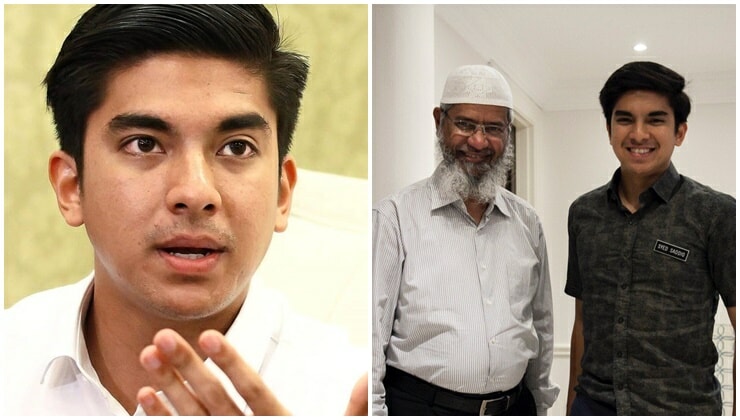 Oh, how the tables have turned.

Prominent human rights activist, Datuk Ambiga Sreenevasan will not stand for Syed Saddiq’s sudden urging for the public to forgive Zakir Naik just because they shared a meal together.

Our Minister of Youth and Sports, who just days ago, asked for the deportation of controversial public speaker, Zakir Naik, hosted a dinner for him over the weekend where the two supposedly were able to reconcile their differences.

Syed Saddiq posted a series of photos on his Twitter of him smiling and dining with the controversial figure.

The caption urged the nation to “move on” past Zakir’s behavior and his alleged racist comments made concerning the country’s Indian and Chinese communities, saying that the country “needs healing”. And surprise surprise, no one was too happy about that.

Ambiga called out the minister on Twitter for abruptly changing his mind. “This does not heal! Your first instincts were right.” Syed’s post came as a shock to netizens and activists alike as it came just a week after the young minister claimed that the fugitive preacher needs to be sent back to where he came from. 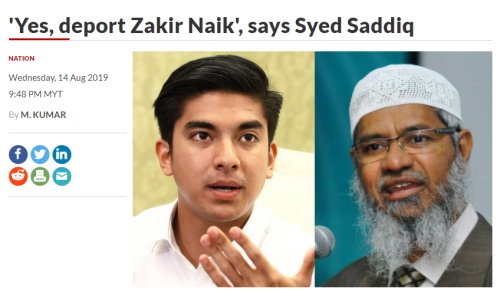 The activist lawyer even referred to Syed’s call for forgiveness as an insult.

“It’s insulting. You’re one of my favourite ministers and this is dissapointing.”

This does not heal! Your first instincts were right. This is a capitulation by you so we don’t need the drivel about apologies etc. It’s insulting. You’re one of my favourite Ministers and this is disappointing. https://t.co/fPQGNyolJ4

And it isn’t just Ambiga that feels this way. Twitter users have voiced their concerns about the young minister’s change of stance against the fugitive figure. Some have even gone as far to criticize his ability to lead given his age.

Others have said that Syed isn’t remembering the weight of Zakir’s comments and the way it has insulted Indian and Chinese Malaysians in the country. 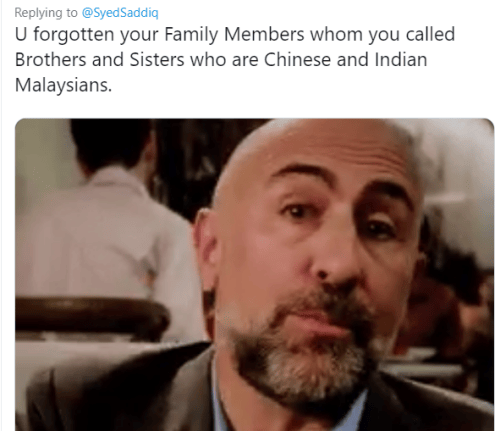 Nonetheless, Syed hasn’t lost all his supporters. A few netizens have claimed that this is just a bump in the road for the young minister. And they claim that he will prove to be a better leader in the future.

For the sake of the nation, we certainly hope that’s the case. All in all, we want to know what you think about this. Is Syed’s U-turn a cause for alarm? Or is it just a minor mistake that we can look past? 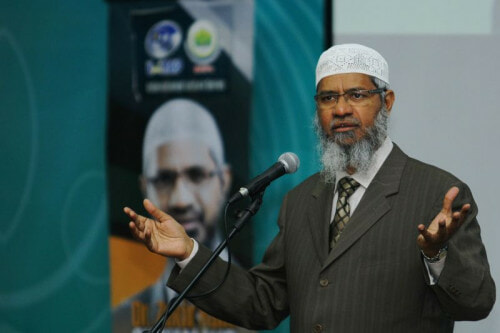