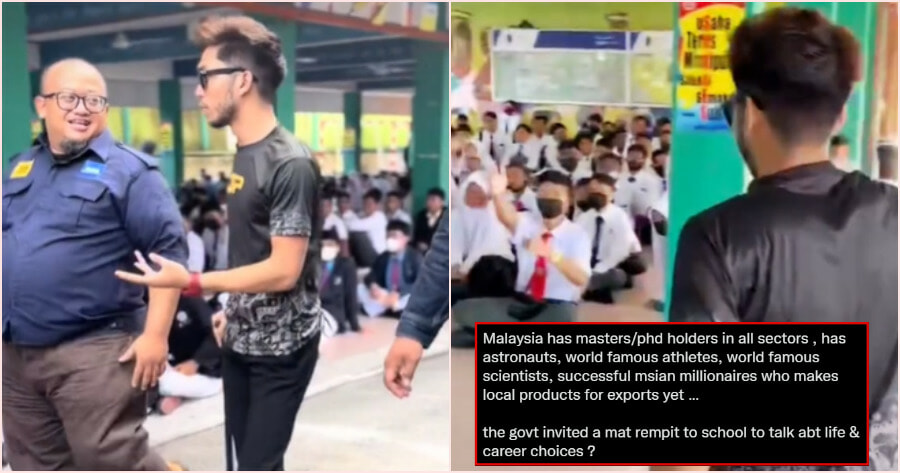 Back at school, we would look forward to the days when a well-known figure would come by and visit to give us a motivational speech.

However, it appears that sometimes, the decision to invite specific famous figures can draw quite a bit of backlash.

The students of a school in the Klang Valley were recently treated to a visiting guest speaker by a self-proclaimed mat rempit TikToker, who has quite a considerable following. 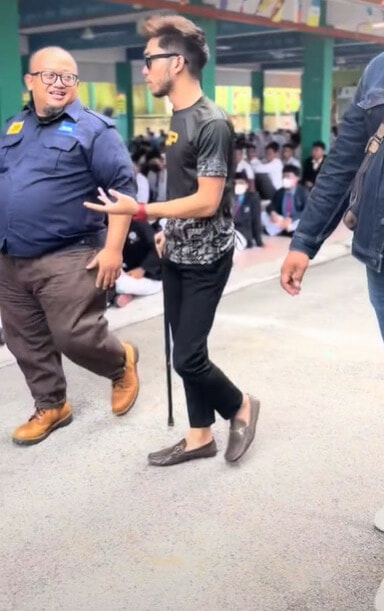 In a TikTok video shared by the self-proclaimed mat rempit, he can be seen visiting the school, giving a speech and even taking the time to take pictures with the students. 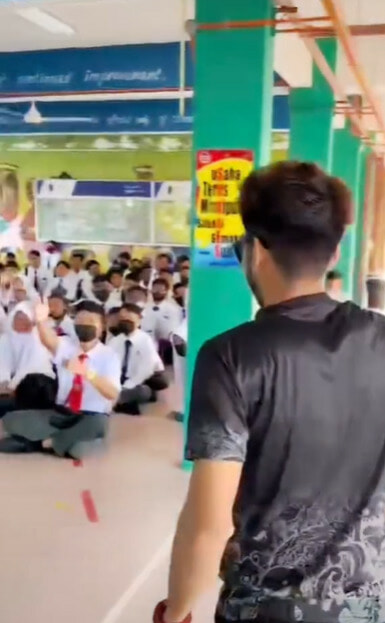 “How is he motivational?”

The video posted by the user has amassed over 3 million views. However, most of the comments condemned the school and the TikToker for his speech to the schoolchildren, although what he had said to them is unknown.

“Why on earth did (the school) invite a mat rempit as a guest,” commented a user as they pointed out the dangers of riding motorcycles. 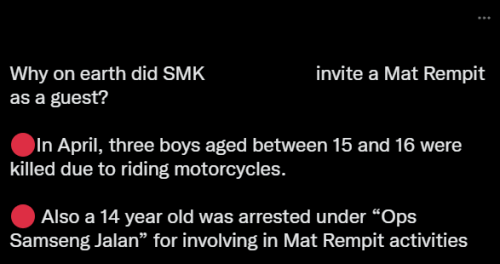 “Back in my time, the speakers were always from the counselling department. They’d bring a projector to play videos of drugs, smoking and the troubles that mothers go through while giving birth. Today’s generation is inviting mat rempits,” said another user.

Another said, “He doesn’t even contribute anything. It just tarnishes the mentality of generation Z. There are plenty more people who are more qualified to be called up.”

Some users defended him

On the other hand, a couple of users defended him and the school for inviting him on to give a speech.

“The best… use your experience to help guide the youth to not fall into social ills,” said a user.

Another netizen told him to not care about what other people are saying and continue with what he is doing.

Meanwhile, some of his followers even told him to visit other schools. “Please come to my school. There are a lot of fans of yours here.”

What do you think? Should he not have been invited? Let us know in the comments. 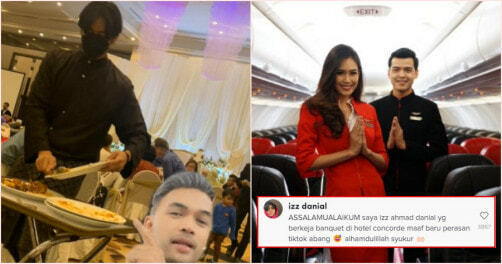