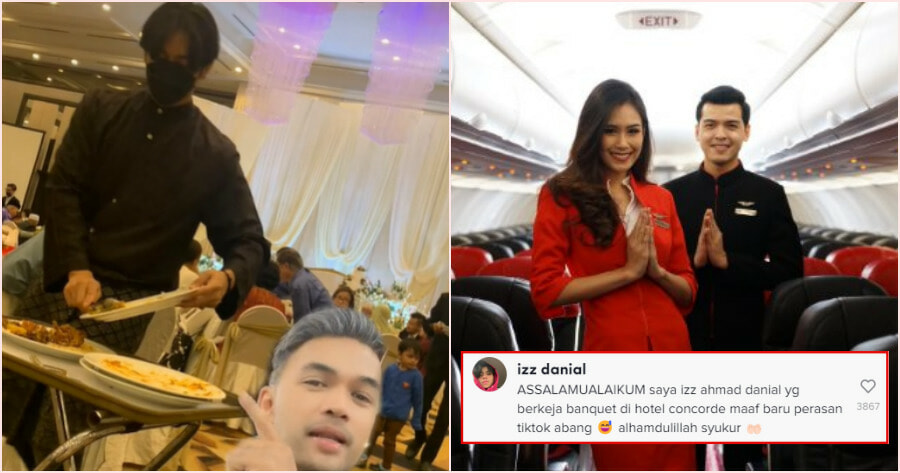 Better opportunities are bound to come your way when you do your best in your job.

A young part-time banquet waiter recently got the offer of a lifetime to work as a cabin crew for AirAsia after a TikTok video of him went viral.

The TikTok video was shared by Arman Rashid, the manager for AirAsia’s Cabin Crew Group Communications and Culture. It was of the banquet waiter working during an event at Shah Alam’s Concorde Hotel. 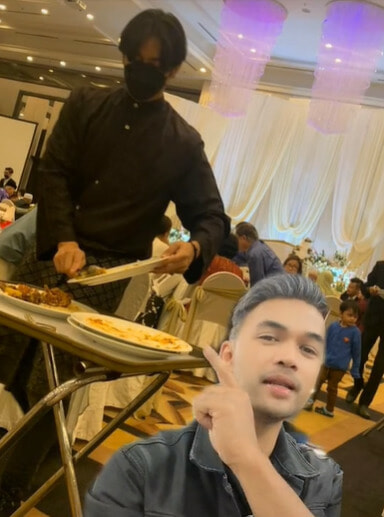 Arman pleaded for the public to help him find the waiter. “To anyone who comes across this young man by chance, please tag me (in the comments). AirAsia is currently searching for him. We want to offer him a job in our company.”

“My boss attended an event at the hotel the other day and met the guy. He was very attentive and polite. He wants to offer him the job.”

The video went viral and has garnered over 740,600 views at the time of writing.

Not long after it was posted, the banquet waiter in the video named Izz Ahmad Danial appeared in the comments section where he wrote, “My name is Izz Ahmad Danial. I work at Concorde Hotel as a banquet server. Sorry, I just noticed your TikTok post. I’m very grateful.”

Following the massive attention the TikTok video had amassed, Izz detailed the unexpected incident in an interview with mStar.

The 21-year-old has been working part-time as a banquet server at Concorde Hotel in Shah Alam since 2019 to earn some extra money.

“On 26th June, I did my work as usual. At that time, one of the AirAsia bosses, Suhaila Hassan (Group Head Flight Attendant), approached me and asked about my background,” Izz shared.

“All of a sudden, she offered me a job as a cabin crew for the airline, but I don’t have enough qualifications to earn a spot at the company.”

Izz said that he doesn’t have a Sijil Pelajaran Malaysia (SPM) certificate, which is considered one of the basic requirements to apply for a job as a cabin crew. 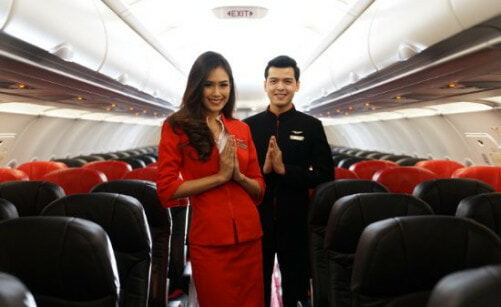 He explained that he used to study at a ‘tahfiz’ school in Kedah, and at the age of 16, his mother sent him to study in Yemen until 2019.

“But the lady still insisted me to become a steward. She said she’ll provide guidance and also training for me. I have to start from the bottom, and I also have to learn English, in addition to a few other conditions that need to be fulfilled.”

“I consider this offer a new challenge for myself. I feel so grateful because not everyone gets this opportunity. We need to be kind to everyone, even outside of working hours. I didn’t expect that the current job I’m doing at the moment has helped me secure another better job opportunity,” he added. 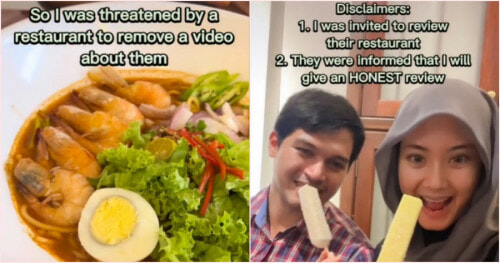