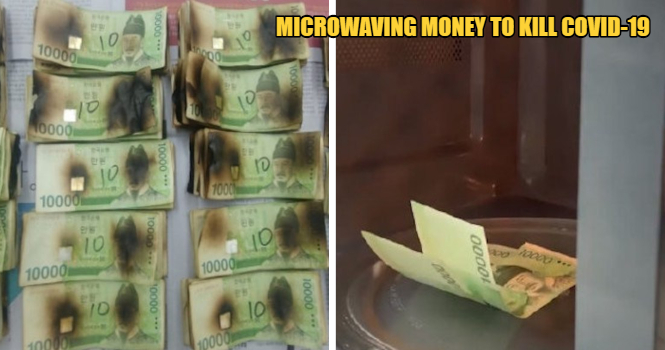 So you’d never know if something actually works till you try it for yourself, which is what this South Korean man did. He had heard that banknotes can be disinfected by exposing them to heat, so he stuck his in a microwave! 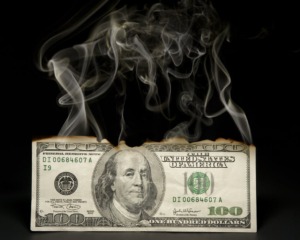 This man put in 39 10,000-won notes (RM1,393) into the machine and turned it on. Unfortunately, after a while the bank notes started smoking. He rushed to the bank for help and luckily for him, 33 of those notes were salvageable. Nevertheless, he did lose about RM210, according to Shanghaiist. He was the second person to do so, because just last week a Chinese woman in Jiangsu, China tried to microwave her money as a means to clean it off the virus. She put 3,125 yuan (RM1,907) into her microwave as well.

According to CNBC, since Covid-19 spread across China, the Chinese government insisted that all bills be disinfected and sterilised before distributing it out to the public. Banks from around the country were told to withdraw possibly infected money from circulation and disinfect it using either ultraviolet or heat treatments. Since then, there has been fear on how even something as widely used as money, can carry the coronavirus, explaining why people are resorting to such measures. 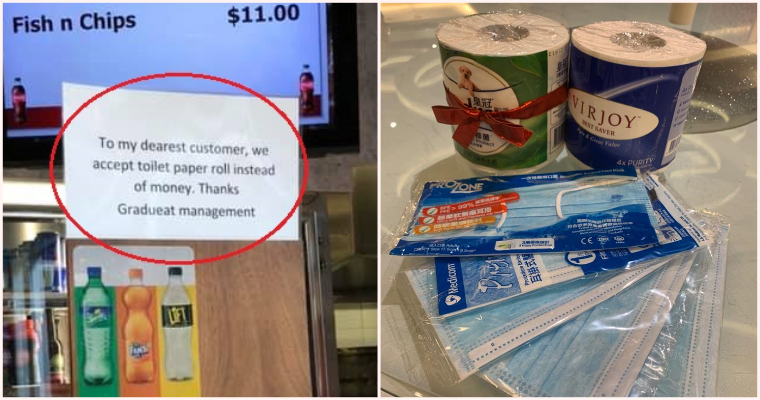