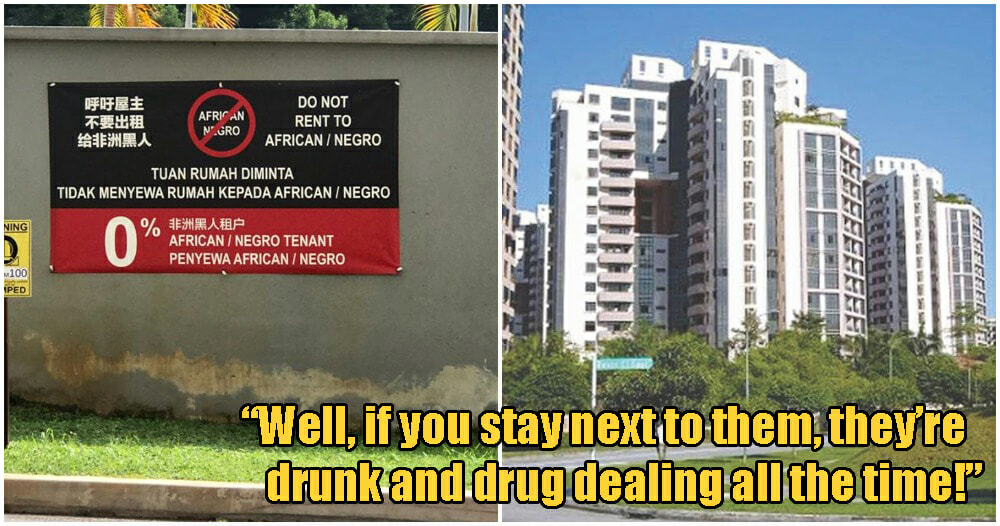 No matter how many pandemics come and go, racism is still a disease that has “no cure”. When the Covid-19 outbreak first began, it was a field trip for racists as they could openly show their hate and ignorance. Despite these trying times, some people chose to hate on each other rather than uniting against one common enemy, the virus.

Artist Red Hong Yi posted a rather racist banner near an apartment in Kuala Lumpur that her friend sent her on her Facebook page. The banner was about asking homeowners to not rent their house to Africans!

While I have been posting artwork about anti-Asian racism related to coronavirus, I want to make it clear that I…

Unfortunately, this isn’t the first time we’ve encountered racist landlords but that still doesn’t excuse this vile statement. You’d think that this sort of racist banner will not fly but the comment section of the post really proved us wrong.

Some of the commenters agreed to this statement of not allowing houses to be rented to Africans. They defended saying that it’s okay for homeowners to have certain preferences but when the “preferences” is projected to a certain race, it’s called being a RACIST! 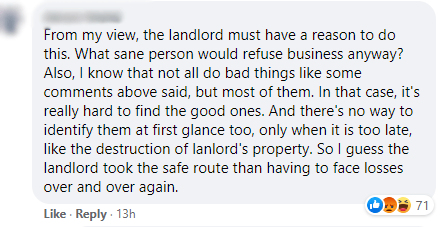 “Also, I know that not all do bad thing but MOST OF THEM. In that case, it’s really hard to find the good ones.”

It’s disheartening to see some Malaysians justifying a banner banning an entire race of people. Again, this is NOT the time for us to turn against each other and at the end of the day that’s not what Malaysia is about. 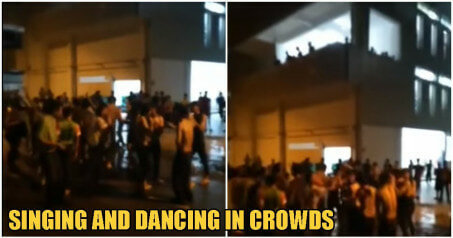