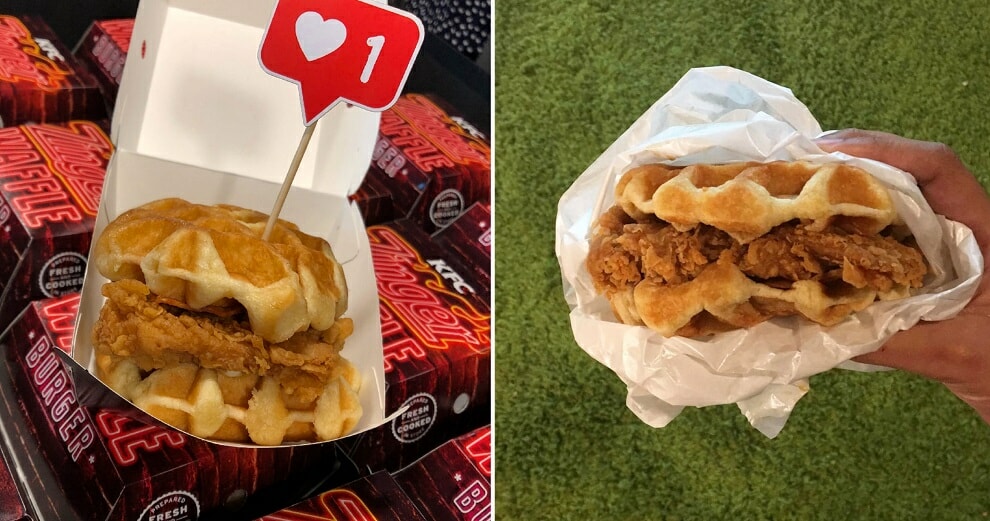 Everyone loves a good piece of fried chicken every now and then, but how many of you have tried the increasingly popular waffle and fried chicken combo that’s been taking the world by storm?

Honestly, we’ve always wanted to try this combination, but never really got around to do so… until KFC jumped on the bandwagon and gave us their spin on this popular food trend!

This burger has your classic fried chicken fillet topped with maple syrup, mayonnaise and a slice of ham, all sandwiched between two thick Belgian waffles. So, when KFC gave us a sneak preview on their waffle burger, we just had to try it out for ourselves. Without further ado, here’s what we think!

Tara: “It’s a little hard to bite into at first because of how thick the waffles are, but it’s actually not too bad! Although, I could have done with the waffles being slightly toasted as well as some added sauces apart from the mayonnaise and the hint of maple syrup. Perhaps something with a bit of a kick to it. I’d still recommend it to my friends nonetheless.”

Lee: “The waffles are too thick and they almost masked the presence of the fried chicken. Instead of just mayo, maybe some form of hot sauce or Sriracha could’ve been added to spice things up. The maple syrup doesn’t go well with the star of the dish – the fried chicken. But it’s still worth the try if you consider yourself a foodie!” 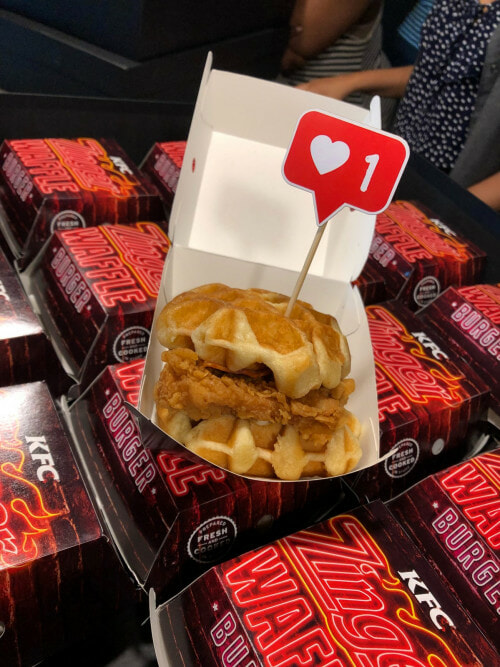 Joanna: “I’m a waffles-over-pancakes girl, so the thought of a fried chicken waffle burger intrigued me. At first bite, this combo sat well with my taste buds – the savoury-sweet flavours combined with the hint of spice from the fried chicken was A-okay. Few bites later though, I realise some things just don’t go well together (or even individually), like the mayo (why no hot sauce?) on the unnecessarily thick, untoasted waffle. Then there’s the slice of ham, which was pretty much invisible, both in size and taste. If you’re craving fried chicken and waffles on a budget though, this is it. Otherwise, satiate your cravings elsewhere.”

Veronica: “The fried chicken was spicy as expected. The waffle ‘buns’, on the other hand, were a tad bit too big (not that I’m complaining!) and were a little soft, but I like my waffles that way so that’s a plus point for me! I’d definitely give this a go again, but I’d say it’s better to dine there when it’s served hot. Overall, I think it was pretty delish!”

Yen Yee: “The new KFC Waffle Burger is a unique blend of flavours; think sweet, savoury, spicy all in one. Who would have thought waffles and burgers could come together? In fact, the chicken was good on its own! However, they should consider adding their cheese sauce too since KFC’s fan-favourite cheese sauce can NEVER go wrong. Also, the waffles were slightly on the thicker side, making the burger a little dry. Portion wise, I’d say it was pretty generous, which is a good thing.” 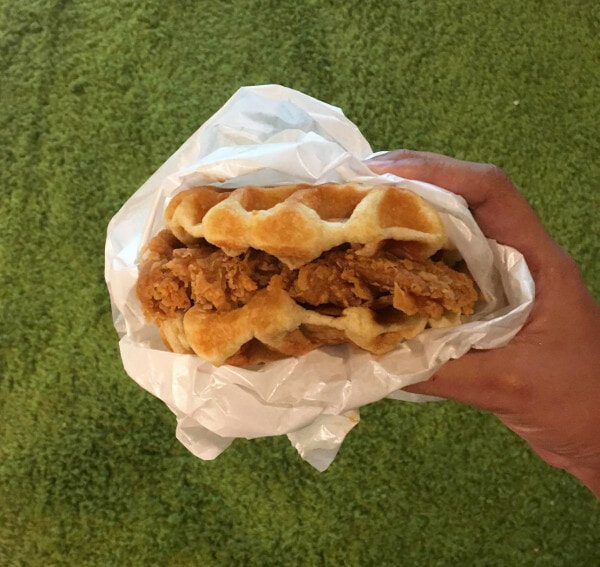 So, those are our thoughts on KFC’s brand new Waffle Zinger Burger!

If you’re curious to try this out for yourself, this brand new burger will be available in KFC stores nationwide starting 2nd October, and will retail for RM13.50 à la carte.

Did you get the chance to try this waffle burger out yet? Tell us your thoughts the comments below! 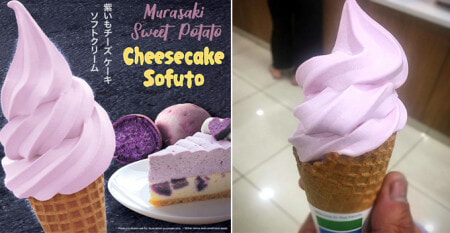