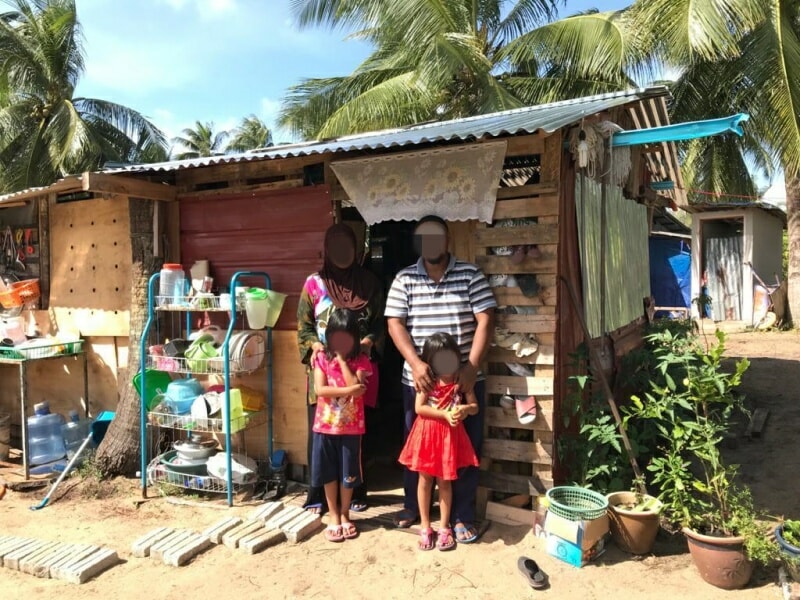 Reported in Utusan, the couple had no other choice but to live in a shack after the mining company that they worked for did not pay their salary for up to four months before the retrenchment. 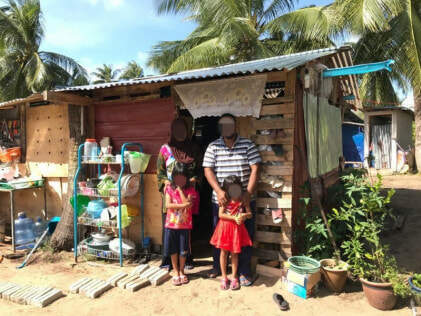 This began an avalanche of problems to follow, which resulted in them failing to pay their rent for four months.

Speaking to reporters, husband and wife, Mohd Saufi Ibrahim and Dahlia Muslimin were made to live in her husband’s guard post with their two daughters before finding another place to live.

Failing to do so, they resorted to erect a shack to ensure that their children are safe.

“We built this shack with the help of friends and village folk who donated palettes and zinc roofing.”

“The floors are made of concrete blocks, and the shack was finished within two days.”

Saufi managed to land a job at the village helping fishermen, with a salary of RM20 a day.

He also works as a goat herder, working his way up with his cousin.

Previously, the family had no problems making ends meet as a clerk and a security guard, ensuring a comfortable living.

Let’s hope that others out there will help families such as this to weather through what would most probably be the toughest storm of their lives.

The pandemic and Movement Control Order (MCO) has not been friendly to many businesses, which has resulted in thousands losing their jobs and homes. Let’s hope that the move put in place will lessen the impact Covid-19 has on everyone’s lives. 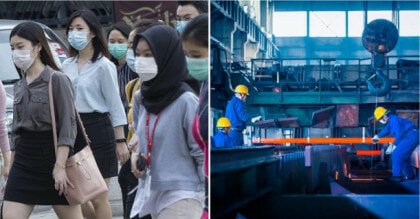