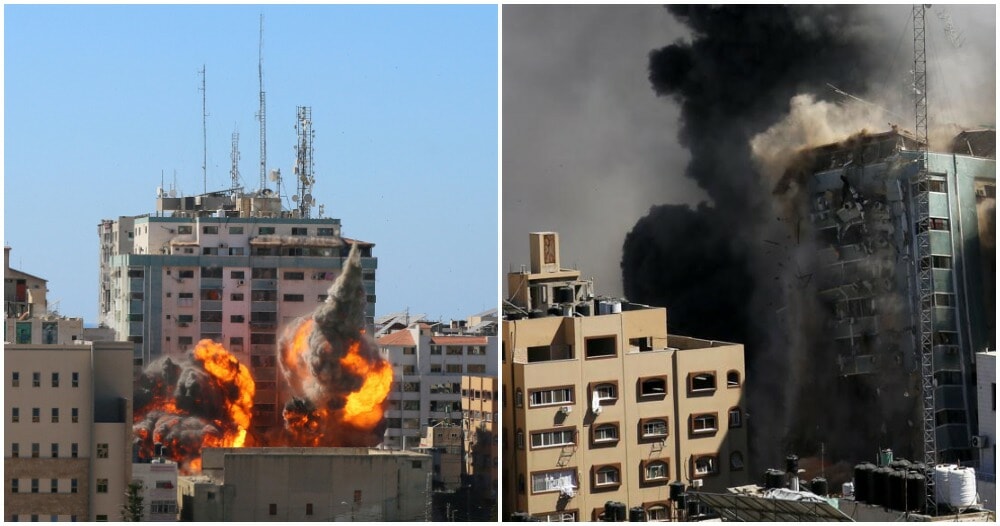 The current conflict between Israel and Palestine has been making the headlines for the past week now.

However, on 16 May, Israeli forces sent airstrikes on a high-rise building in Gaza as they said that “the building contained Hamas military intelligence assets.”

The attacked building is a building that housed media outlets including the Associated Press, Al-Jazeera and many others. It is said that the occupants of the building were warned by the Israeli government through a phone call that they will be destroying the building and they should leave in less than an hour’s time. Journalists and freelancers scrambled to back up their data and gather all the equipment that they could take.

Video shows AP, AJ and other journalists gathering their equipments and gear to evacuate their offices in the 12-story al-Jala’ residential building in the heart of Gaza before bombed and destroyed it to the ground by missiles fired from its warplanes today. #Gaza #غزة_الآن pic.twitter.com/jCtctH0O4R

The Associated Press has released a statement:

“The world will know less about what is happening in Gaza because of what happened today (15 May).”

“The destruction of Al Jazeera offices and that of other media organizations in al-Jalaa tower in Gaza is a blatant violation of human rights and is internationally considered a war crime. We call on all media and human rights institutions in denouncing this heinous crime, and to stand with Al Jazeera and other media organisations targeted by the Israeli army, despite knowing their use of the building as their headquarters for many years.”

“The assault on the building hosting international media institutions aims to silence the truth by killing the messenger.”

“Journalism is not a crime.” 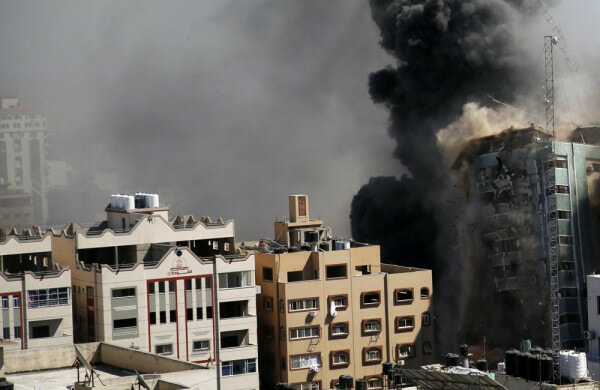 According to the International Committee of the Red Cross (ICRC), International Humanitarian Law states that it is illegal to attack journalists and news media as they are granted protection as civilians and civilian objects. Even if the media outlet is used for propaganda, they are still protected except in special cases. Journalists and media outlets are protected UNLESS they “make an effective contribution to military action.”

The action of the Israeli government bombing the building has been dubbed a war crime by news portals.

Also read: Here’s What You Need To Know About #SaveSheikhJarrah & Why It’s Trending 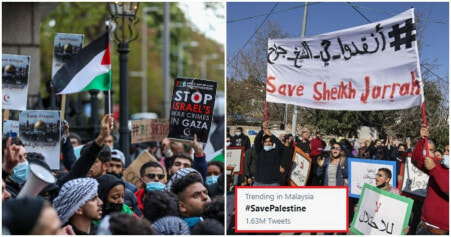