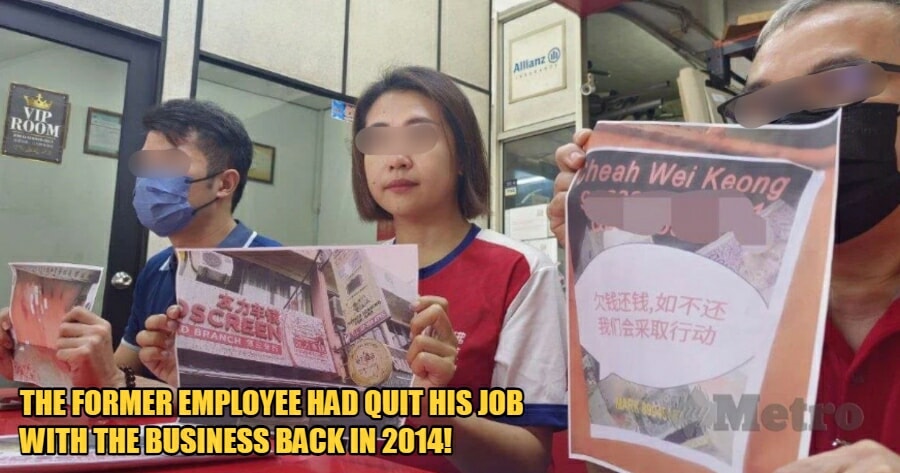 The actions of a former employee are now coming back to haunt a business owner, as he has to face the consequences thrown by loan sharks.

“We were given the choice of either tracking down the former employee or paying off his debt immediately,” shared 53-year-old Tay Poi Kiang, the manager of an auto body shop in Taman Johor Jaya, who is being illegally harassed after his former employee failed to repay his debts.

Based on a report by Harian Metro, the auto body shop has been sprayed with red paint last Monday, including the shop’s signboard. 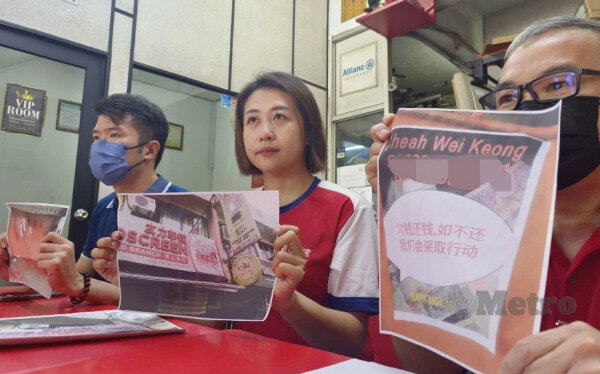 The perpetrators also left a note in front of the shop to claim the debt, stating the name and identification number of the former employee.

Tay informed that the former employee, a 30-year-old man known as Cheah, failed to make a loan payment of RM2,554, on top of several other loans. Despite explaining Cheah had quit his job in 2014, the loan shark still insisted that Tay either help find Cheah or pay off his debt.

“Cheah only worked here for 10 months and he quit without reason after receiving his year-end salary or bonus, and is understood to have returned to Penang. While working, Cheah lived on the top floor of the shophouse and may have made a loan using our address as a reference,”

“Until now, we have never faced this kind of problem and are afraid of receiving illegal threats in the future. As a result of the threat, our operations have been affected because we have to clean up the traces of red paint on the floor and in front of the store, and we may have to hire a contractor to clean the signboard or replace it with a new one,” Tay added.

Due to this incident, his party has suffered losses of about RM1,000 to RM2,000 and he has since lodged a police report at the Taman Johor Jaya Police Station, as confirmed by Seri Alam District Police Chief Superintendent Mohd Sohaimi Ishak.

It is truly saddening to know that those who do not take up illegal loans have to bear the consequences of those who do.

Also read: Thai Woman Slapped In The Face With Durian For Failing To Pay Insane Debt From Loan Shark 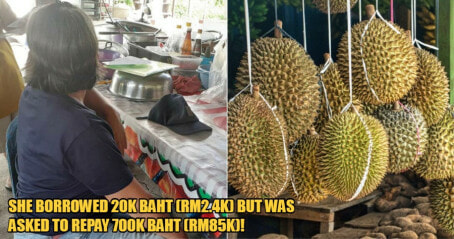