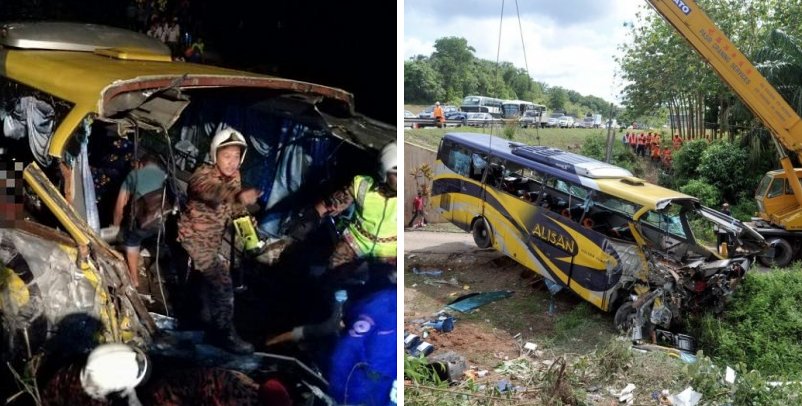 It has recently come to light that the Zakeer Zubir, the bus driver who crashed and took the life of 14 passengers on his way to Johor only had three hour of sleep prior to the long drive.

Zakeer’s relative, Syahril Redzwan, who is also a lawyer, revealed that Zakeer Zubir had been driving for nine hours, departing from Penang at 2pm on Friday and arriving in Johor Baru at 11pm.  Syahril Redzwan told the reporters that prior to the long drive he only had three hour of sleep before driving again at 2am. 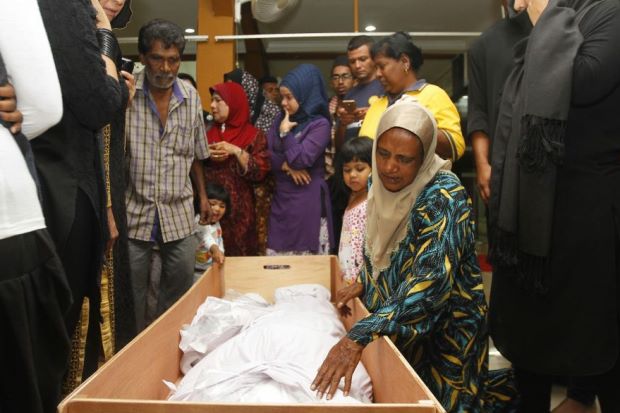 The more ill-fated news is that, Zakeer’s infant daugher Nur Natasya Zahara, had perished along with his father in the bus crash. However his wife Marsi Kemart, who was also travelling in the bus survived the crash and is currently in a hospital in Johor.

Syahril also revealed that the family is considering legal action against the company, Goldstar Express, once the authorities have completed their investigation. The family also wanted an explanation as to why Zakeer wasn’t accompanied by a co-driver, which is the norm during a long distance drive.

It was also told by Zakeer’s family that he only started working as an express bus driver as recent as three months ago. He was previously a factory bus driver and a petty trader. 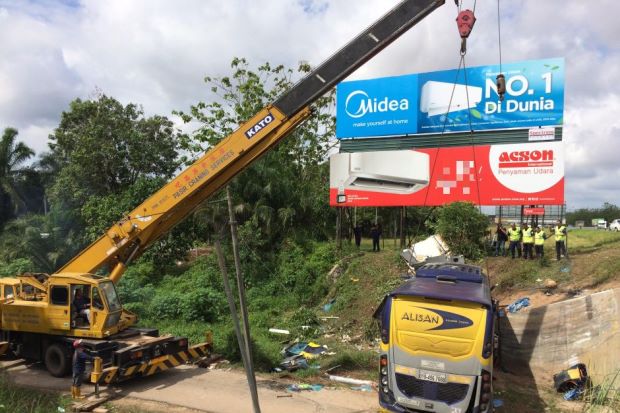 Zakeer’s mother, Rasidah Abdul Rahim, 61, told reporters that her son previously visited her before the unfortunate accident. He had told her that he considered quitting the job as it was too stressful. Rasidah also said it was the first time he wanted the company of his wife on a bus trip.

Zakeer had lost control of the vehicle before plunging off a 10m cliff along the North-South Expressway near Muar at 4am during Christmas Eve. Muar OCPD Asst Comm Azman Ayob also revealed that the bus was travelling at a high speed during the accident.