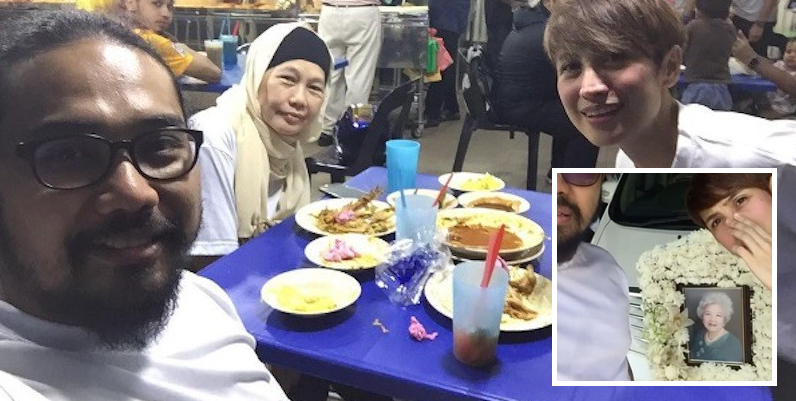 Recently, Johan, a femes local comedian and his actress wife Ozlynn came under fire by netizens after they posted a photo of them paying their last respects at his grandmother’s funeral. 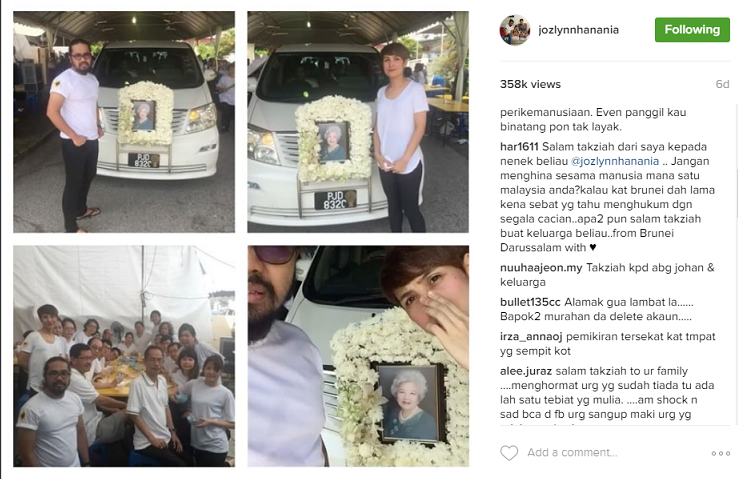 Apparently the reason that started the whole hoo-ha was that Johan’s grandma was a Chinese and not a Muslim according to oh my media. For unknown reasons, this simple fact had caused several netizens to feel uncomfortable and hence, reacted negatively towards the Instagram post. 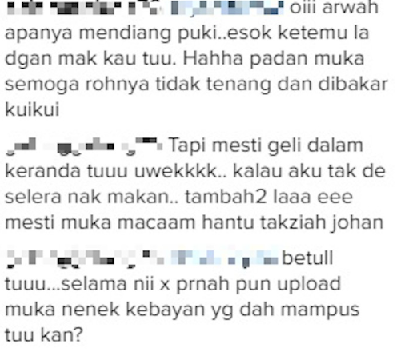 From some of these netizens’ perspectives, attending the Chinese funeral and paying last respects is not in line with the teachings of Islam.

Moreover, the negative group of people were also critical about the white T-shirt that actor Ozlynn wore when attending the funeral simply because other Chinese family members were wearing the same white T-shirt. What’s wrong with you guys? 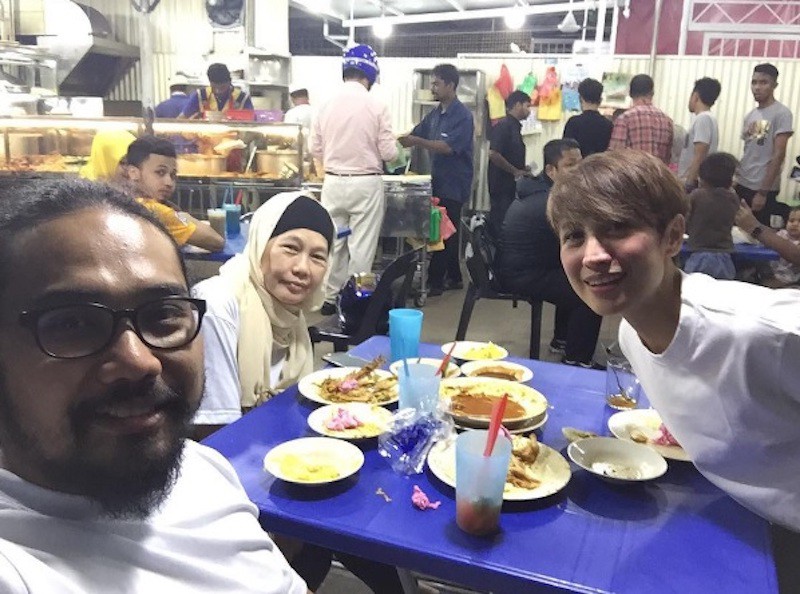 Following the attack on his family on social media, Johan uploaded a photo that contained a heartbreaking message by his mother. According to Johan, his mother pretended to be happy even though she was sad.

Johan’s mother wanted him to tell the netizens who criticized their family that even though she had eaten pork, she is neither stupid nor smart. She is still learning about the religion.

“Islam is not a punishment-oriented religion, but Islam does have its own law,” said his mother.

He urged the netizens who were spreading hate not to embarrass their own race by posting such disrespectful remarks. He added that his family does not prepare pork dishes during Chinese New Year because they respect the Muslim family members who were there.

After reading those negative comments, majority of Johan’s followers on Instagram rained hell on the few netizens who posted the insulting comments. Some even terminated their accounts when they cannot tahan kena tembak by other netizens.

Guys, we pride ourselves as a multi-racial country. So let’s walk the talk and really embrace the spirit of 1 Malaysia.