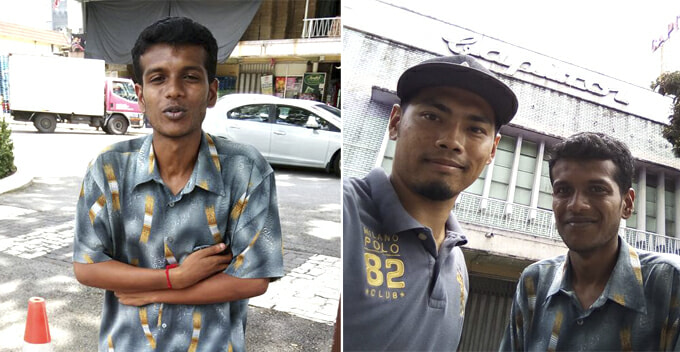 This young man will go to great lengths just to make his dream come true.

Just recently, a director named Shuhaimi Zulkefli, was having a break from shooting when he was approached by a young man. 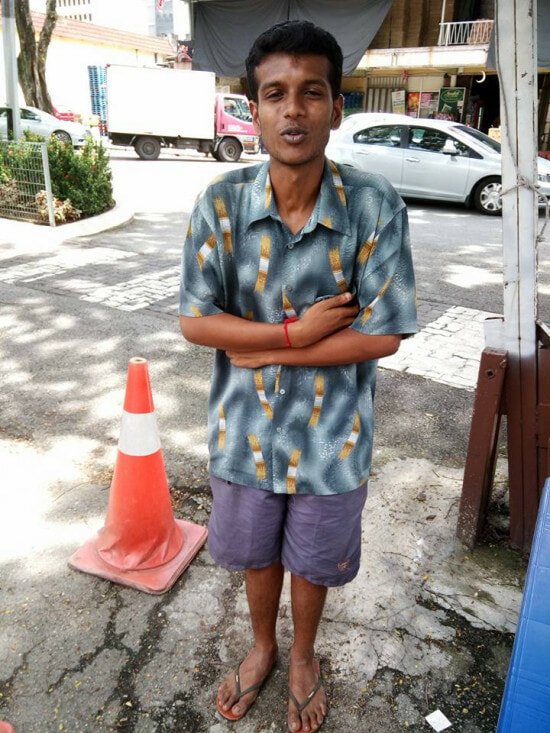 The 24-year-old man identified as Shatish Nayar, seemed to be starving as he was covering his stomach with his shaking hands. He plucked up the courage and asked Shuhaimi,

“Are you the director here? Do you have any vacancy? I’m looking for a job.”

When asked about his experience in the industry, he said, “Previously I studied for a diploma in Broadcast and Film at KLMU but dropped out. I’m trying to pull through but I’m failing. I don’t have anything but a strong will to become a filmmaker.”

“Every day, I’d walk from my rented room in Batu Caves to Kuala Lumpur to look for a job in the filming industry. I don’t have any money for taking public transport.”

The last meal Shatish had was three days ago, but that wasn’t his biggest concern. Instead of accepting hand-outs, he wanted to find work to pay for his own meal.

After learning Shatish’s predicament, Shuhaimi sat the young man down at a dining table before he continued with his story. 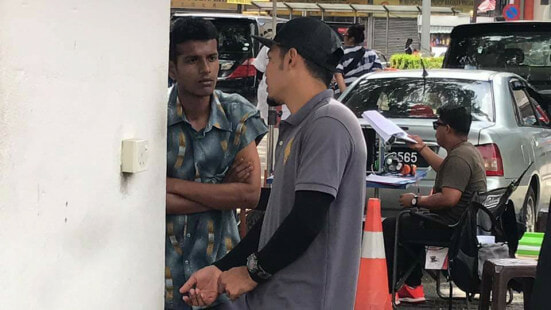 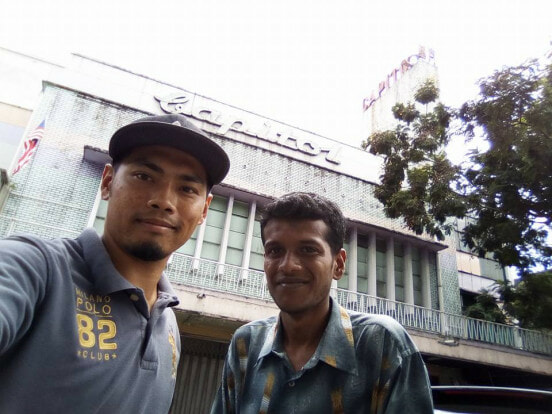 Apparently Shatish’s mother had always wanted him to become a filmmaker. He said, “My mum was very happy when I managed to enrol in KLMU. She hoped that I could earn myself a diploma in film-making.”

“However, one week after registering in KLMU, my mother passed away and I had to drop out. I only had enough time to direct a short film.”

However, Shatish’s father didn’t share the same dream as his mother.

“My father didn’t have faith in my dream of becoming a director and script writer. He said the job only involves two words – “action” and “cut”, and it’s hard to get a job out there.”

“After the passing of mum, he left me without anything. The clothes I’m wearing were also donated by others. I’ve tried working as a security guard and labourer,” Shatish shared.

“I walked to KL from Batu Caves to look for shooting crew. In the evening, I’d walk back to Batu Caves. I’d also work on my script as my ideas are always flowing.” 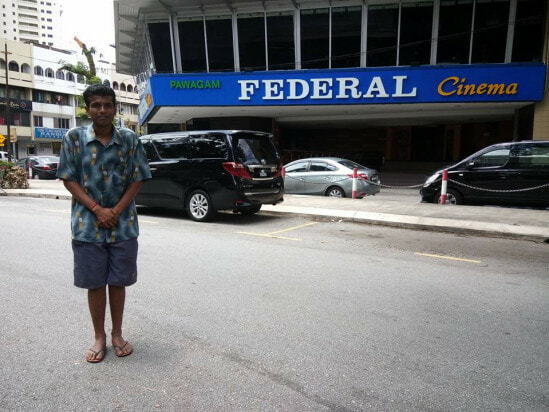 Shatish had even sent his proposal to a few production houses but nobody got back to him. It was tough for him to find employment because of his appearance.

No matter how difficult his situation may be, he refused to beg for food as his mother taught him to steer clear of illegal activities, look for proper source of income and never become a beggar.

He told Shuhaimi that he’d die trying to achieve his dream. To make him reachable by the public and potential employers, Shuhaimi gave him some money to buy a SIM card. He can be reached through this number: 016-9676096.

Shuhaimi shared the story of this inspirational man on Facebook and it has since garnered over 21,000 shares in just three days. Many poured in their support and well wishes to Shatish. Here’s what Shatish replied. 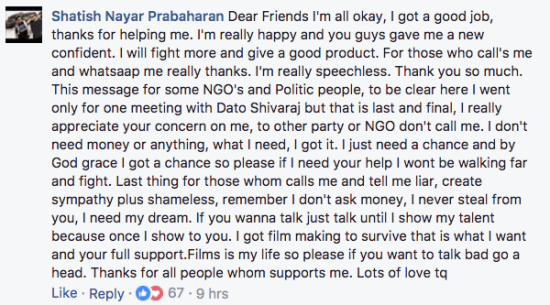 His struggle has certainly inspired us all to not back down from our dreams, no matter how hard the circumstances might be. We wish him all the best in his future undertakings and employment. 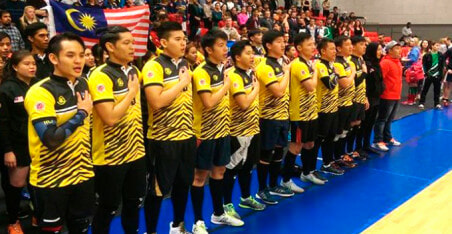