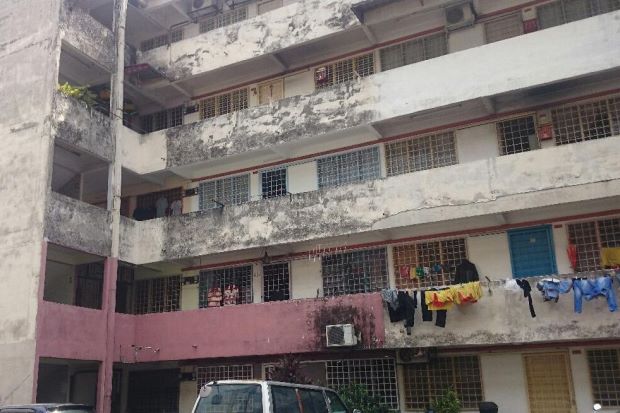 A wiring technician attempted suicide after allegedly beating his girlfriend to death after a fit of jealousy at Taman Jinjang Baru, Jinjang.

Apparently the man suspected his girlfriend was cheating on him and out of jealousy, he killed her and subsequently tried to kill himself.

Sentul OCPD Asst Comm R. Munusamy said police received a report at about 6.28am Saturday of a man attempting suicide in a flat unit at Taman Jinjang Baru.

When a team of police officers reached the scene at 6.25am, they met the 36 year-old technician at the front door. There was blood oozing from his left wrist.

“His 36-year-old girlfriend was lying dead in the living room, her eyes and left arm bruised.

“He said that she had been dead for 12 hours and that he killed her due to family problems,” ACP Munusamy explained.

ACP Munusamy added that the couple were not married but had lived together for five years, and have a four year-old daughter together.

“The technician sent his daughter to his father-in-law’s house in Rawang and told him to take care of the child because her mother had died.

“He said that he had beaten up his girlfriend out of jealousy,” he explained.

According to ACP Munusamy, the technician claimed that they had been fighting since Thursday as his girlfriend refused to come home and take care of their daughter.

“He suspected that his girlfriend was having an affair with another man.

“She was working as a beer promoter in a pub,” he noted.

The case has been classified as murder under Section 302 of the Penal Code.