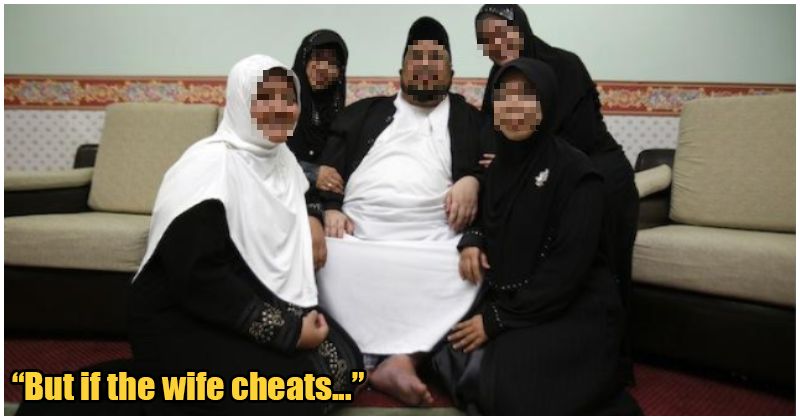 It’s common knowledge that polygamous relationships are allowed among Muslims in Malaysia, but the possibilities of men taking advantage of polygamy to conduct indiscretions is becoming a hot topic of discussion online.

Cikgu Faris (@IncheFaris) took to his Twitter account to bring up and debate a piece of information shared by one particular religious teacher during a marriage course. He had told the attendees that men are allowed to cheat on their wives because they can then take on their mistress as their second, third or fourth wife. Note that this is in regards to this particular teacher and doesn’t signify all the teachers yeah!

Cikgu Faris said, “‘If a husband cheats, I’m okay with it. At least he can be polygamous. But if the wife cheats, what a pity.’ – as told by a marriage course religious teacher. What does this mean, gentlemen? This is stupidity.”

He also added in his thread, “The religious teacher’s point is not to ask anyone to cheat, but to let people know that if a husband cheats, he still has the option of marrying on. But if a wife cheats, it’s up to the husband if he still wants to be with the wife or not. That’s the punishment. Anyone opposed ?”

Netizen took the opportunity to share their views, though their opinions were very divided as a significant amount agreed with the religious teacher while many also were against him.

This comment goes, “There are no cheating terms for husbands as he can marry up to 4 people. It’s women who can’t accept that fact.”

This comment reads, “Can polygamy not be a license to cheat? I don’t understand how he can be called a religious leader.”

This comment says, “I actually don’t know the meaning of cheating. Last time, before marrying your husband, you had to go through the introduction process and so forth. It’s not like a husband can just say he wants to marry you out of nowhere. It’s the same process when it comes to the second, third and fourth marriage.”

This comment goes, “Wrong is wrong, intention does not make the method permissible.”

Cikgu Faris’s posting has since garnered over 16,600 retweets.

What do you guys think? Is cheating considered the norm for husbands in polygamous relationships, or is cheating, well, cheating.

Also read: “My Wife Can’t Tend To My Needs but a Widow Can,” Says Malaysian Man With 7 Kids 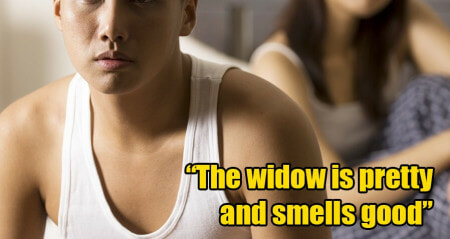