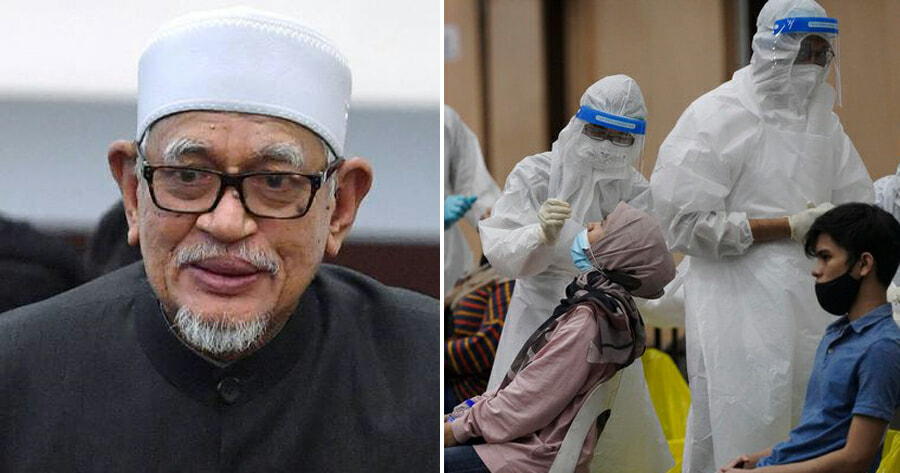 President of the Malaysian Islamic Party (PAS), Abdul Hadi Awang says the Covid-19 pandemic is the “decree of Allah” and that only God can “eradicate the plague at any time.”

In a Facebook post on 5 July, Hadi shared his thoughts on the pandemic and the political affairs in the country.

He said no country has managed to put an end to the pandemic and its effects on people’s lives, including the most developed and rich countries. 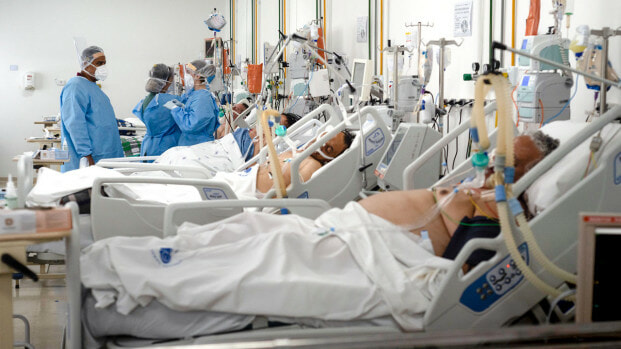 “What is happening is the decree of Allah that no power can oppose His will,” he wrote, adding that it is a test for humans to do self-reflection and to use their intellect and knowledge bestowed by God.

“Some get the reward of patience and gratitude if they believe. There are also those who will suffer in this world and the hereafter if they do not believe.”

Hadi goes on to talk about the shortcomings and weaknesses of the “human government” and that leaders must practise self-reflection to constantly improve themselves.

“Only those who are ignorant of the religion will look for weaknesses and shortcomings without offering any help to face these challenging times.”

He adds that amidst the Covid-19 pandemic, there are countries that are plagued by the “epidemic of politicking” because there are those who are “crazy to be in power” regardless of the lives of people who are at stake. 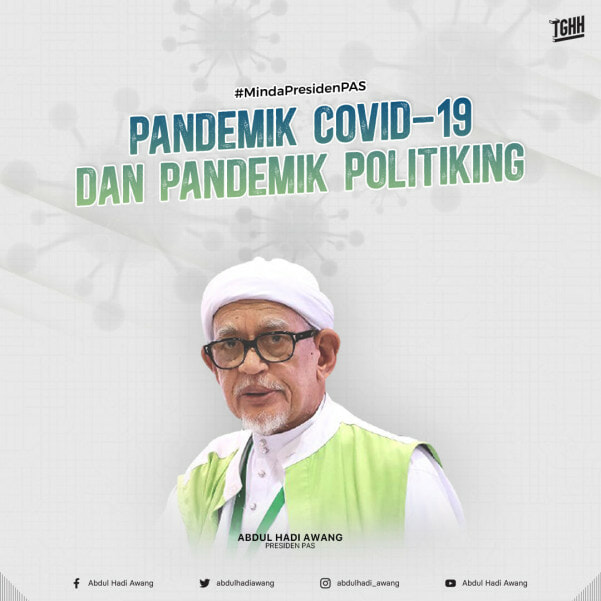 He then referred to the aftermath of the US elections where violence ensued after Donald Trump lost, and also cited Mali, where the military seized power to overthrow the elected government.

“The political pandemic in Malaysia is a bit different though. However, this virus is spreading very fast. It started with Pakatan Harapan (PH) winning the 2018 election with promises in the manifesto, most of which were lies, until they managed to achieve victory and set up a government that brought a liberal approach that did not suit the society of this country,” he said.

“They won with the help of the social media which was funded to spread lies and fake news. They then set up a government which was not only liberal but also dared to challenge the position of Islam and the Royalty. The LGBT community also started making demands freely and there are groups in the PH government who supported it.” 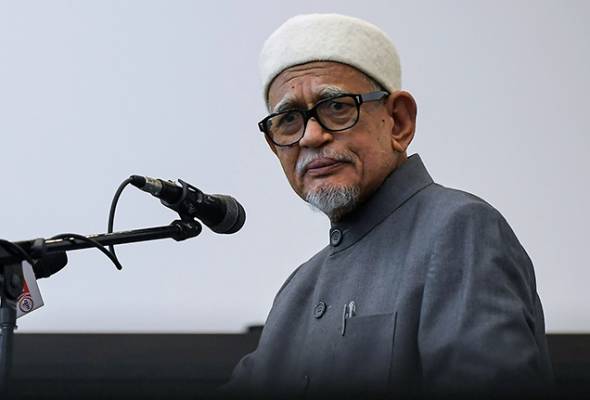 He said that eventually, the PH government fell in a democratic way after a group of MPs realised they were wrong and returned to the “right path” to save the country.

However, he said, the political pandemic to regain power is still ongoing to the point of certain groups ignoring the Covid-19 epidemic that threatens the lives of the people.

“After having failed in their attempt by copying the PN method of collecting statutory declarations (SD), their attempts to table no-confidence motions also failed. Up till now, they have not stopped and are continuing with their efforts,” he said.

“Malay rulers should not be dragged into politicking as they have more important matters to deal with instead of entertaining those hit by the “politicking disease”.”

“There are also those who don’t seem to realise that they are now in the opposition as they continue to make statements as though they are in power.”

Nearing the end of his post, Hadi said that both the political and Covid-19 pandemic are a burden to the people now and that Covid-19 should be addressed with full concentration by all parties to protect the lives of all citizens which cannot be delayed any longer.

“It is obligatory to help each other because this pandemic transcends race, religion and political beliefs,” he said.

“The role of a politician can wait until GE15 is held, the people shouldn’t forget and be easily deceived.” 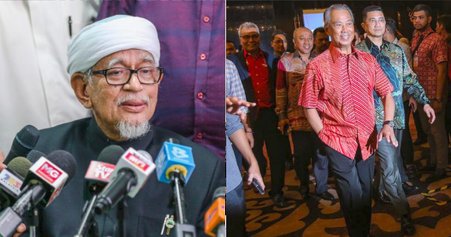