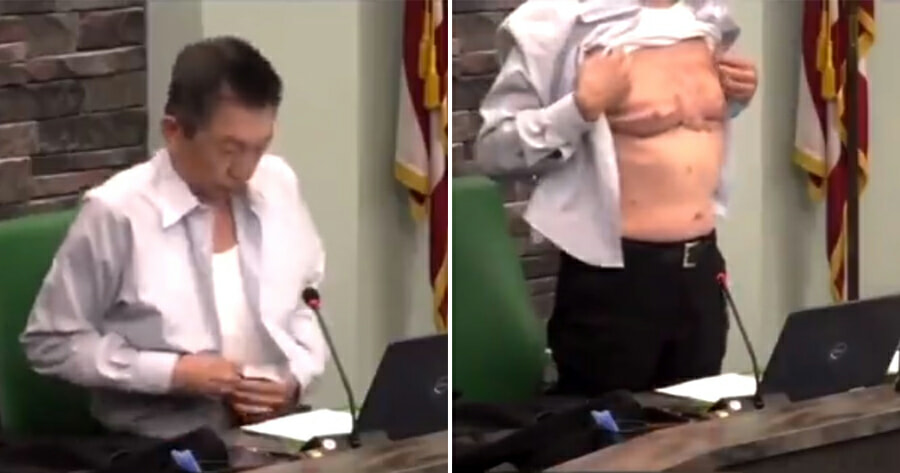 An Asian American official unbuttoned his shirt at a meeting to display the red scars across his chest that he sustained from his military service to show those in attendance what patriotism looked like.

Lee Wong, who served in the US Army for 20 years had moved to the United States from China and has been living there for 51 years. He said he has faced racism and had to “put up with a lot of sh*t in silence, excuse the language, too afraid to speak out, fearing more abuse and discrimination.”

He also said his patriotism has been questioned by people who “can’t get over his face”, reported The Washington Post. 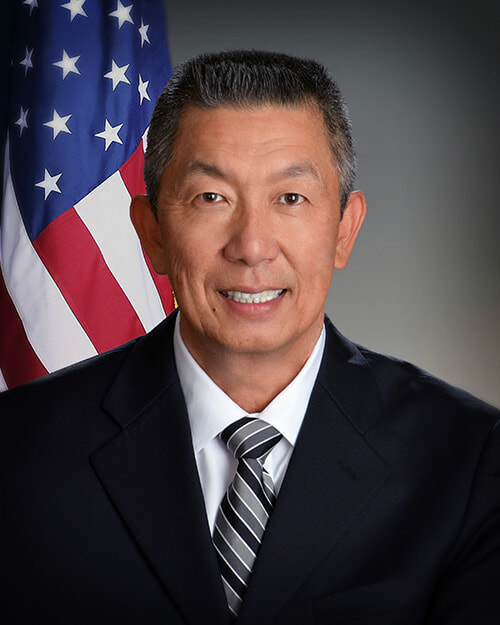 At the meeting of the board of trustees in West Chester Township, Ohio, the board chairman addressed violence and discrimination against Asian Americans and calmly unbuttoned his shirt to show his scars.

“I’m 69 years old, and I’m going to show you what patriotism looks like,” he said.

“Here is my proof. This is sustained from my service in the US military. Now, is this patriot(ic) enough?”

“I’m not ashamed to walk around anymore. Before, I felt inhibited. People looked at me strangely and dared to question my loyalty to this country, I don’t look American enough.”

“The last I read the American Constitution, we the people, we are all the same. We are equal.”

Lee Wong, an elected official in West Chester, Ohio & @USArmy veteran with 20-years of service, took his shirt off during a town hall meeting on Wednesday and revealed scars he received during his service. “Is this patriot enough?” he asked #StopAsianHate https://t.co/3nCwTlVGxD pic.twitter.com/0R1TX3MTtp

Lee Wong told Cincinnati Enquirer that his speech wasn’t planned but added that “the timing was right in light of what’s happening in this country.”

“At that moment, I don’t know what came over me. I just knew I had to say something,” he said.

He added that this was more than just the shootings that took place in Atlanta where six Asian women were shot dead, but about the rampant Asian hate in the country due to things like the coronavirus being called the “China Virus”.

One of the many incidents of racism Lee Wong faced was when he immigrated to Chicago to pursue a degree in pharmacology in the early 1970s. He was two years into his program when he was beaten up by a White man who mistook him as being Japanese.

However, the judge sentenced the man to only one year of probation, leaving Lee Wong, who was hospitalised from the attack, confused and livid.

“For two years, I was angry at the world and I hated White people,” he said, adding that he later married a White woman.

Lee Wong’s speech went viral and has been viewed by millions since Tuesday (23 March). He says that all responses to his speech have been positive, even comments on Facebook which tend to skew negative sometimes.

“People thank me for my service. People are glad I spoke. West Chester is a diverse community and we don’t need that kind of rhetoric,” he said. 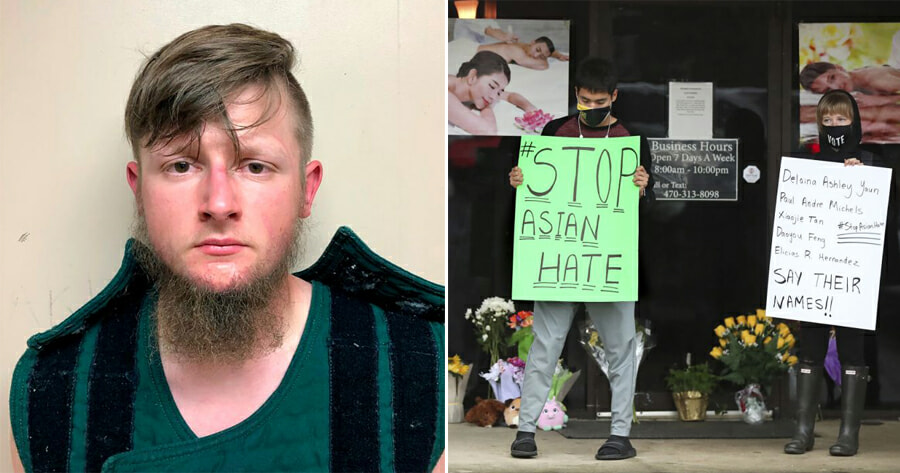