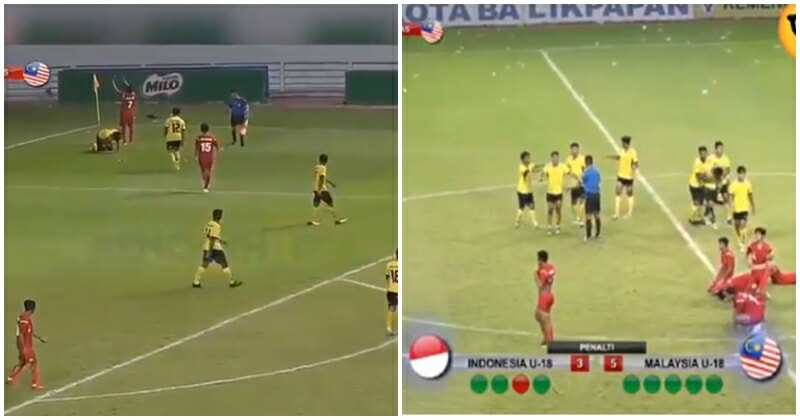 The Malaysia – Indonesia rivalry has long been considered as one of the fiercest rivalries in Asian football.

Without understanding why things have gone south in recent times, the epic battle between both countries has been marred with incidences of violence that leaves a bitter taste between fans from both countries.

From the use of armoured personnel carrier at the Gelora Bung Karno Stadium to ferry players, to flare throwing in Bukit Jalil Sports City, Indonesian fans are known to be the most dangerous fans to watch the beautiful game.

Here is a taste of what happened the last time Malaysia was there. 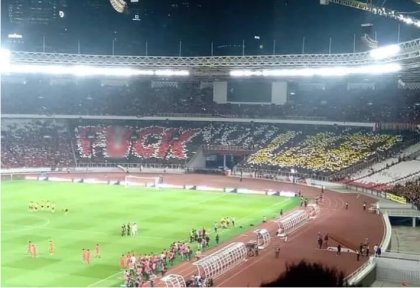 Still nursing the wounds of their latest defeat to Harimau Malaya at the 2022 World Cup Qualification, the Merah Putih continue to show their dip in form as their U-18 team too failed to win against Malaysia in the semi-finals of the Asian School Football Championship (ASFC U-18).

Being a match to watch the budding talents of both countries honing their skills, you would think that the level of animosity among the unruly fans would somewhat be a little bit mellow, but you are dead wrong.

With some 40,000 fans clamouring the Balikpapan Stadium, it was reported that our boys suffered provocation from the fans which include bouts of water bottle tossing when Malaysian players celebrated their hard-earned victory having played with 10 men and dragging the game to a penalty shoot-out (which they won 5-3).

Throughout the match, as reported by @BolaNusantaraID, a Malaysian player became the victim of projectiles hurled by the fans before being stopped by Indonesian players.

Here is another video of disappointed fans raining the field with water bottles.

Shared by Ultras Nogori 9, at around the 4-minute mark fans can be seen pelting the players with water bottles as they celebrate their win, booking a place in the finals against Thailand. 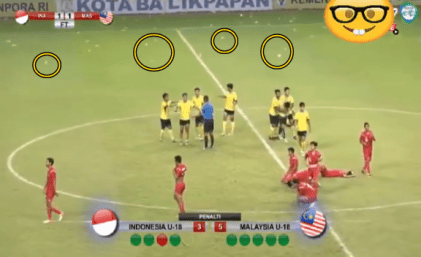 Our guess is Indonesian fans may have thought that it was time for some payback for their latest defeat, but clearly our boys managed to postpone their celebrations that much longer.

Despite being dubbed the sleeping giants of football, it seems that Indonesian football will continue to make international headlines, but not for the right reasons. 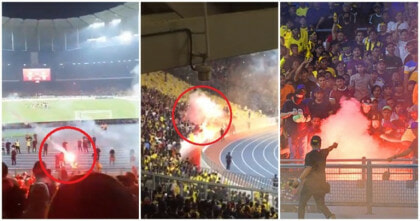