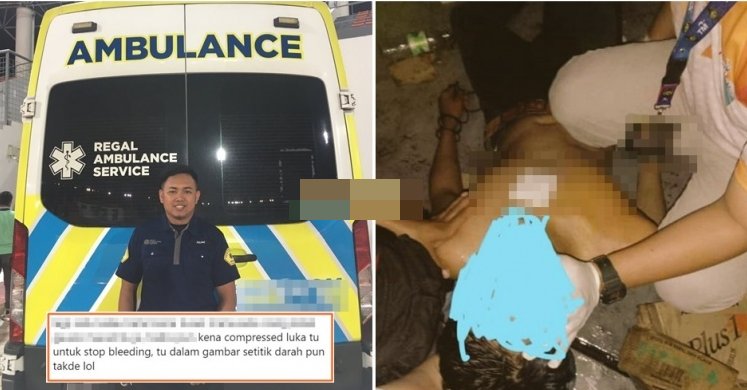 From throwing flares at each other to pulling out the chairs in Bukit Jalil Stadium to throw at Harimau Malaya fans, we thought we’d seen it all from our fellow football rivals on the other side of the Straits. 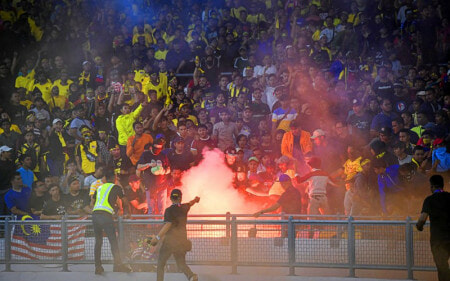 Yet, they continue to shock us with the boldness of their claims. Recently, an Indonesian netizen went viral after claiming that her friend was stabbed by Malaysians during the game!

In the Twitter thread, the netizen complained about the way Malaysian fans treated her and her Indonesian friends. Not only was her friend allegedly “stabbed”, but he was also arrested by a Malaysian police officer for causing havoc during the football match.

However, not long after the Tweet was posted, a medical assistant who said he was at the scene AND treating the patient debunked her claims, revealing the true story of the picture:

“I responded to the patient in this picture. Where was he stabbed? Only his eyes were irritated from the flare fire. The gauze on his chest was used to wipe his face. This Indon is just trying to make trouble!”

Another netizen voiced out what everyone else was thinking: “Stab wounds need to be compressed to stop bleeding. If he really was stabbed in the chest, why wasn’t there a single speck of blood on his body?”

After being exposed, netizens on Twitter were amused but not surprised by these wild “claims”.

Haih. How many more “claims” are we going to see from them? 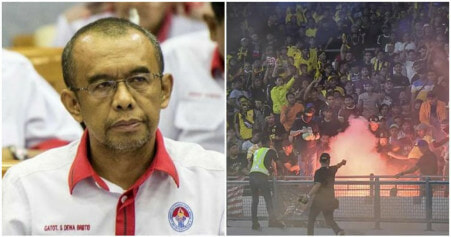