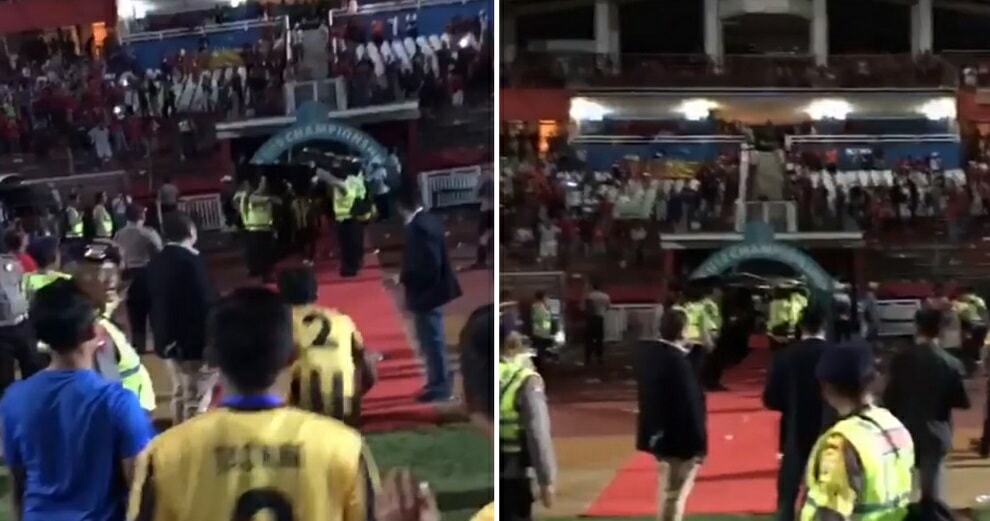 Recently, our Malaysian Under-19 football team made headlines for taking a page out of the Japanese football team’s book when they left their dressing room spotless after a game. The small but meaningful gesture definitely made us proud of their sportsmanship, and the team received praise for their respectful behaviour.

Now, team Malaysia has made us proud once again when they managed to beat Indonesia 3-2 yesterday (12th July), putting them through to the final for this year’s ASEAN Football Federation (AFF) U-19 (Under-19) Championship. They are set to face Myanmar on Saturday (14th July). 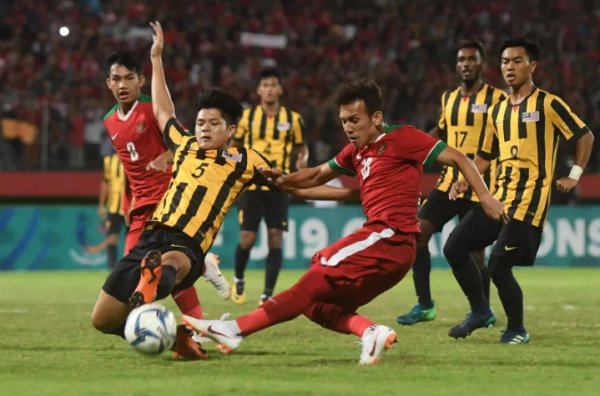 However, fans from this year’s host nation did not take their team’s loss so well, according to Harian Metro.

More than 26,000 Indonesian supporters gathered at the Galora Delta Sidoarjo Stadium last night, but began throwing bottles and even rocks at the team as soon as the match ended, forcing team Malaysia to run to their dressing room for safety.

“The Indonesian supporters threw water bottles and rocks in our direction, forcing us to run out of the field. Thankfully, none of us were injured from this.”

“I don’t know if the Malaysian Football Association will make a complaint to the host nation’s authorities and AFF. I’m very disappointed that incidents like this are still happening.”

In light of this disturbing incident, newly appointed Youth and Sports Minister, Syed Saddiq Abdul Rahman took to his official Twitter to announce that he has already been informed of the situation, and plans to fly to Indonesia today (13 July) to ensure team Malaysia’s security during the final.

I personally will be flying down to Indonesia tonight. We are all one big family. https://t.co/gnz4U6alBC

Meanwhile, although team Malaysia was shaken by the harassment, they still have to get their head in the game for the final this Saturday. Their coach said,

“It wasn’t easy for us to beat Indonesia, because this is our fifth match in the span of 9 days. On top of that, team Indonesia also had the benefit of having more supporters rooting for them. As for the final against Myanmar, the ball could be in anyone’s court, so we need to prepare.”

Let’s hope this incident doesn’t repeat itself during the final. Meanwhile, good luck to team Malaysia! We’re sure you boys will do us proud in the final! 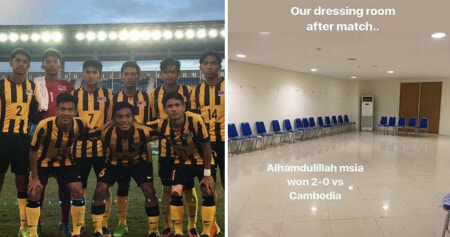