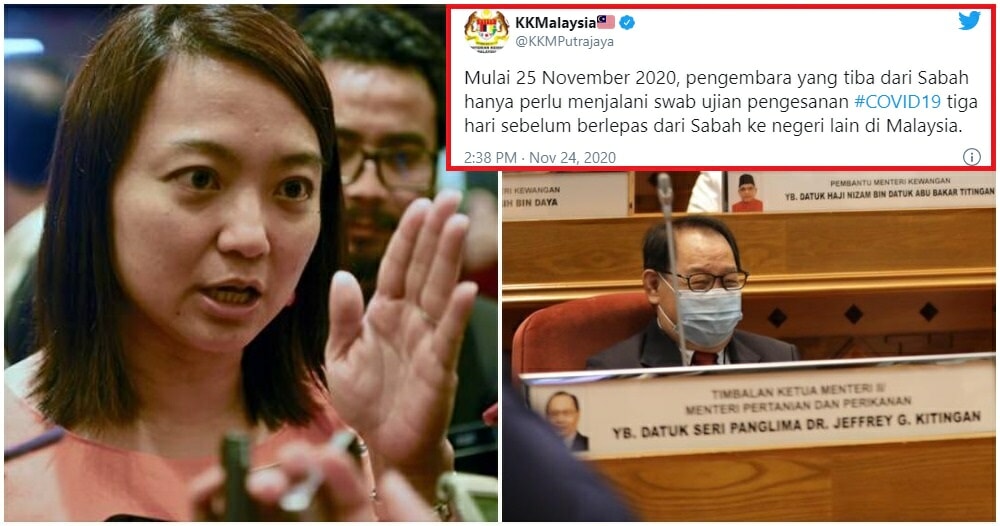 On 24 November, several opposition MPs had questioned Keningau MP Jeffrey Kitingan on whether he had completed his mandatory self-quarantine after returning from Sabah to attend parliament.

The Sepanggar MP then said that Jeffrey Kitingan attended the Sabah state assembly on 12 November and by attending parliament on 24 November, it indicates that he might not have completed the mandatory 14-days self-quarantine. 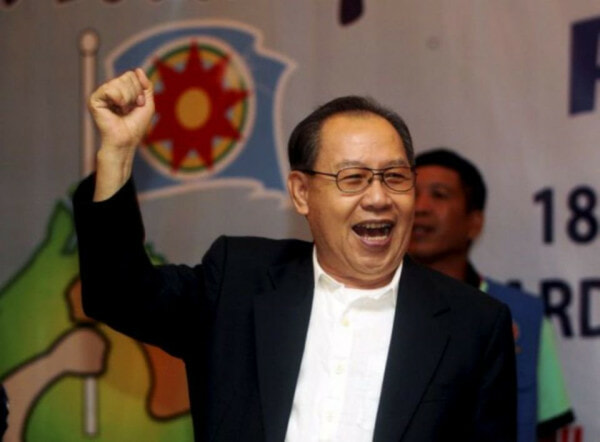 The deputy speaker then received confirmation from the Dewan Rakyat secretary which said that the Keningau MP had received a “relief order” from the health ministry “after finishing quarantine”.

Shortly after the parliamentary session had ended, the Ministry of Health sent out a tweet that said: Starting 25 November people in Sabah who would like to travel to other states will only have to do a swab test three days before travelling to other states. The tweet was deleted later on. 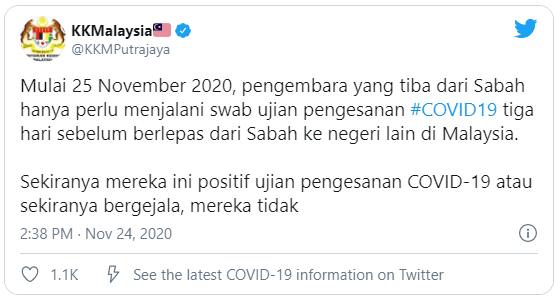 This has, of course, angered many people, such as the head Wirawati Chief of the Sabah Warisan party.

Taking to Twitter in the evening, she said: “When I heard of the change in quarantine rules after the issue was brought up in parliament I felt really angry for operators of hotels, taska and tadika and also restaurants that are on the verge of bankruptcy due to the SOPs by the PN government. Also included are the children who don’t get to go to school.”

She continues and says,

“If the government changes SOPs to save the lives of the rakyat, no one will be angry. But if they change it to save themselves… will lawlessness be rampant?” 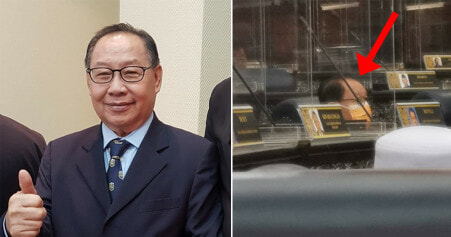