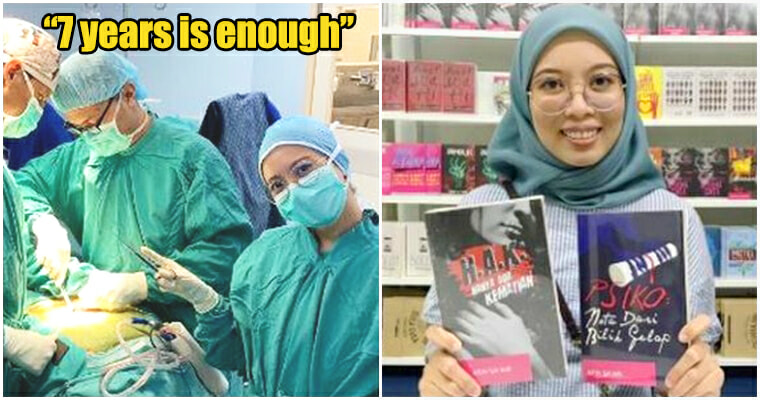 More often than we realise, we live to satisfy everyone around us instead of ourselves. It becomes an obligation that we involuntarily fulfil to be accepted in a community. While most of us are still allowing people to tie us down, this inspiring woman decided to step out of her ‘duty’ towards the people around her and took the wheel for herself.

Dr. Aen recently that she wanted to quit her job as a doctor.

“I know that I might disappoint a lot of people. But, I’ve put up with this for 7 years. To hold it in for my whole life, I don’t think that I could stay sane. I am quitting my job as a doctor and will never be one again. I have been keeping this to myself for years now.”

According to mStar, Dr Nurul A’in, also known as Dr Aen, 27, was a UKM graduate. She believed that what she did was for the best at the time, even though she has decided to leave the medical profession. She even mentioned that she has always been interested in entrepreneurship and art, but her family kept on pushing her to continue in medical studies

“I believe in good fortune. I quit because I purely cannot continue working under situations that I hate.”

“My passion is definitely in business and artsy stuff like make-up and writing, because those pursuits speak louder to my soul. Back when I had just finished SPM, I told my family that I want to study in the fashion field, but they insisted that I look for a job that can secure me a place in the governmental sector. Especially considering that other work fields have unpredictable and less promising futures.” 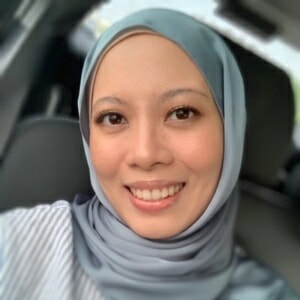 The mother of one said that she continued to study to make both of her parents happy. Which is what most of us are bound to. She felt so wronged that she had a problem going to classes.

“During the 5 years of studying, I kept on talking about how much I wanted to quit because I thought that there would still be time for me to turn back and commit to something else. But my family kept on pressing me, saying that once I have started something, I need to finish it.”

“When I finished studying, I knew that I simply did not want to continue with this bluff. But then a thought occurred to me, like, why don’t I give it a try after all? Apparently, when I started to work (for practical), I could only think of ending things quickly. It’s super hard to do things that you plainly have no passion for, you see, even if it’s just for two years.” 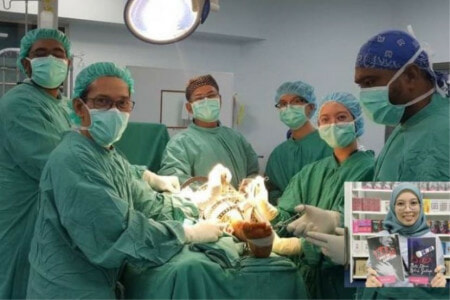 Dr. Aen used to work at Sungai Buloh Hospital, Selangor and is of Terengganu origin. The lady said that she is capable of continuing in the field but her empty heart and lack of passion made her feel more determined to escape from the stressful and dutiful job.

Her parents are obviously disappointed with her decision, but it is hers to make. Luckily her husband completely supports her.

“It’s true that there’s no problem in working in fields that you have no interest in, BUT, even when we try our best, we will keep on feeling sad and our heart has to endure it all. This is the problem that most Asians are facing, we keep on doing our best to satisfy others.”

This wonderful woman is actually an author of 3 novels entitled: Psiko: Nota Dari Bilik Gelap, H.A.K: Hak Hanya Ada Kematian and Trofi. Dr. Aen even confirmed that work in the medical field isn’t as promising as everyone thinks it is.

“What people don’t know is that every job is contract-based, so you would still be on the fence before getting a permanent title.”

“It felt like a trap and continuing to live became hard. Even when I met psychiatrists, they confirmed to me that I was depressed. Now I know that it is the best for me to get out of the world I hated so much. Especially so that I can maintain my mental health.”

Now, she has bounced back and is currently focusing fully on her own skincare brand, Allu Skin Care, that was established this October. The post received 7.5k retweet and 11.3k likes with majority of the public agreeing that it was the best thing that she could have done.

This occurs a lot in Malaysia because parents or families never take the time to ask and understand what kids actually want to be when they grow up. Depression is real, and everyone needs to acknowledge it. With awareness comes understanding. 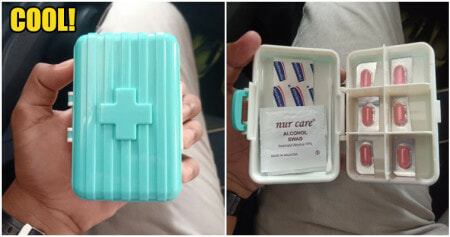