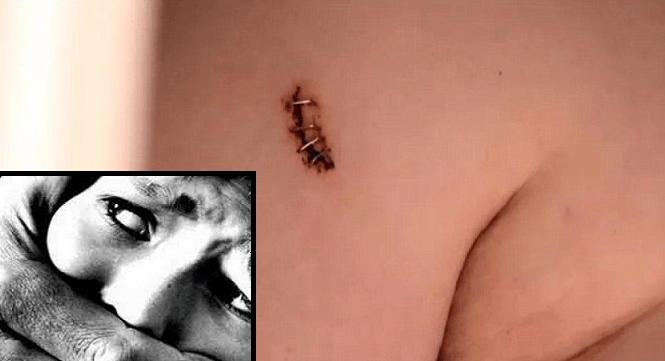 Rape cases in Malaysia are not unheard of. Unfortunately, not all perpetrators are caught and punished for their acts, some cases go unresolved. While this particular case may not be a victorious or happy ending, it does stir the public to feel strongly that the rapist got what he deserved.

A Vietnamese woman around her 30s who was working in Malaysia was a victim to rape when an unnamed man sneaked into her dormitory, pulled her into a separate room, and sexually assaulted her last Sunday, reports The Star.

About 2pm, the woman’s husband returned home after work to the same dormitory dedicated to foreign workers along Jalan Batu Pahat-Kluang with his younger brother. The attack was cut short when the two men walked in on the attacker and the woman.

The attack was cut short when the two men walked in on the attacker and the woman.

Caught by surprise, the suspect tried to flee the scene but the husband who was not about to let the rapist escape, did what any husband would have done and fricking sank a blade into his back.

But even with a large cut on his back, the assailant still managed to getaway from the two men.

Batu Pahat OCPD Asst Comm Abdul Wahib Musa told the press, “A struggle ensued and the husband grabbed a knife from the kitchen before stabbing the suspect in the back.”

Since the man was walking with an open wound, it didn’t take long for authorities to locate him.

Sure enough, they found him at the Hospital Sultanah Nora Ismail nursing the cut on his back. Reports revealed that the attacker was unemployed and his condition is currently stable.

The victim’s husband and brother will be called in to have their statements recorded.

Police have initiated the investigation for rape, and the 22-year old suspect has since been arrested.