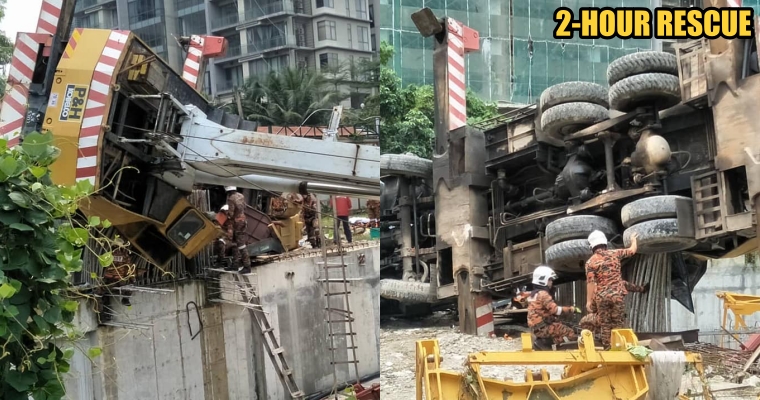 Accidents are occurring one after another at construction sites, and it just breaks our heart to read about them.

A construction site worker was found stuck under a collapsed crane at Persiaran Stonor, Ampang near the Vietnam Embassy yesterday morning (16 August). 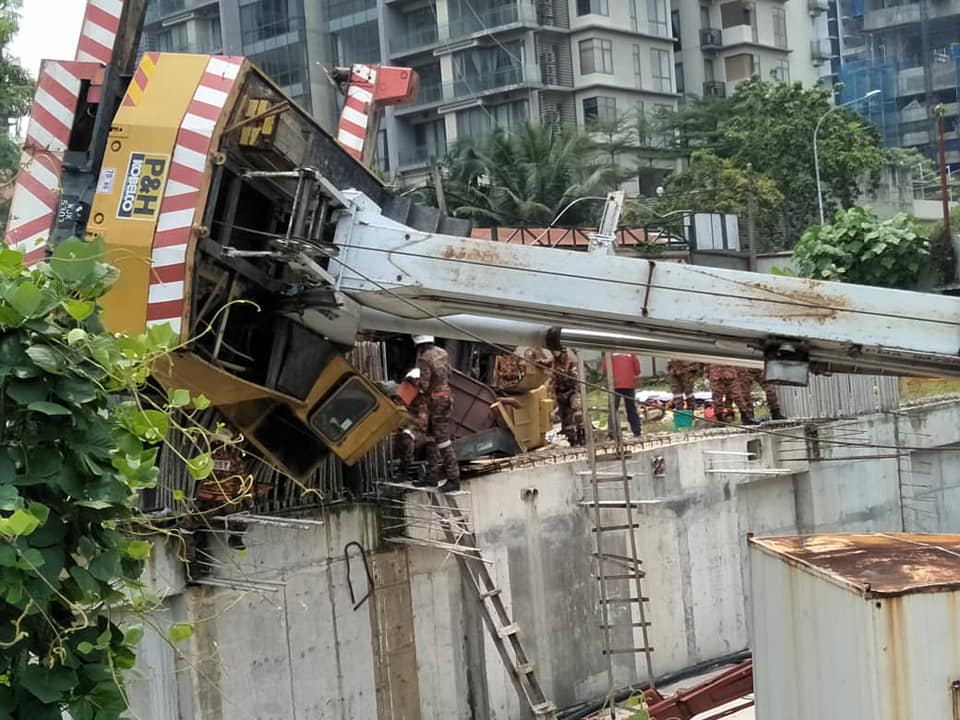 We just can’t imagine having such a gigantic crane falling on someone, let alone the level of pain he had to bear.

According to The Star, the 34-year-old worker’s leg was stuck under a pile of metal rubble (under the fallen crane), resulting in him being pinned down. 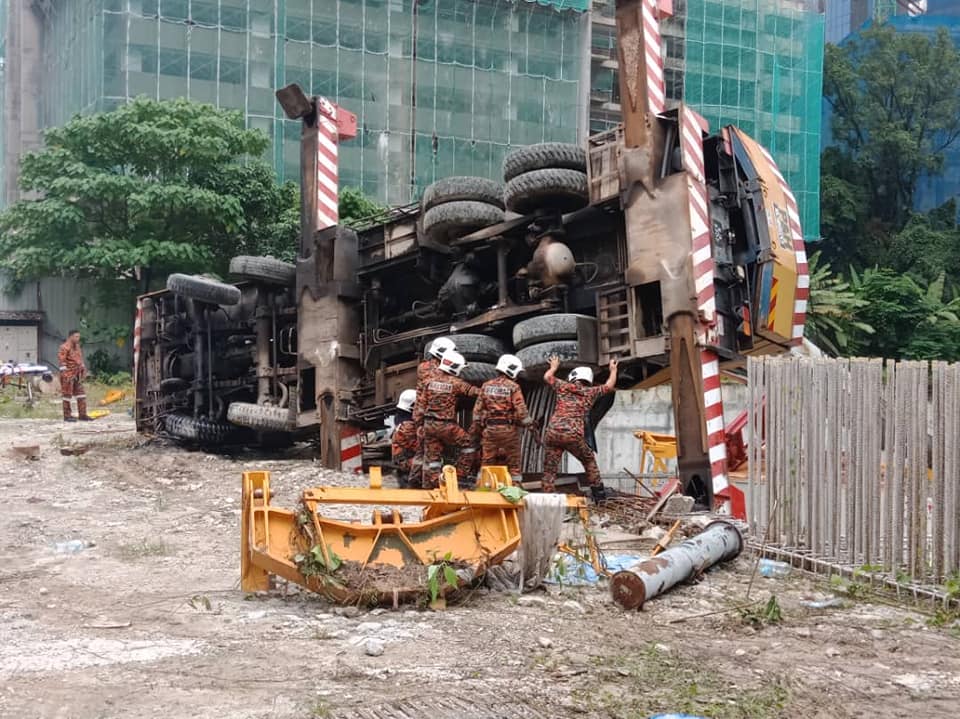 The Kuala Lumpur Fire and Rescue Department received a report that morning and sent their personnel to free the victim. Harian Metro reported that the department deployed a total of 19 men from the Tun Razak, Hang Tuah, and Pudu Bomba branches.

When the men arrived at the scene, they began cutting through the collapsed machinery to free the victim. Fortunately, thanks to the firemen’s efficiency, the victim was finally freed at about noon and was rushed to the hospital for treatment.

The reason for the collapse is yet to be reported by the officials, so we urge you to not make any wild guesses and accusations.

We hope the victim will receive the treatments he needs as well as a speedy recovery. 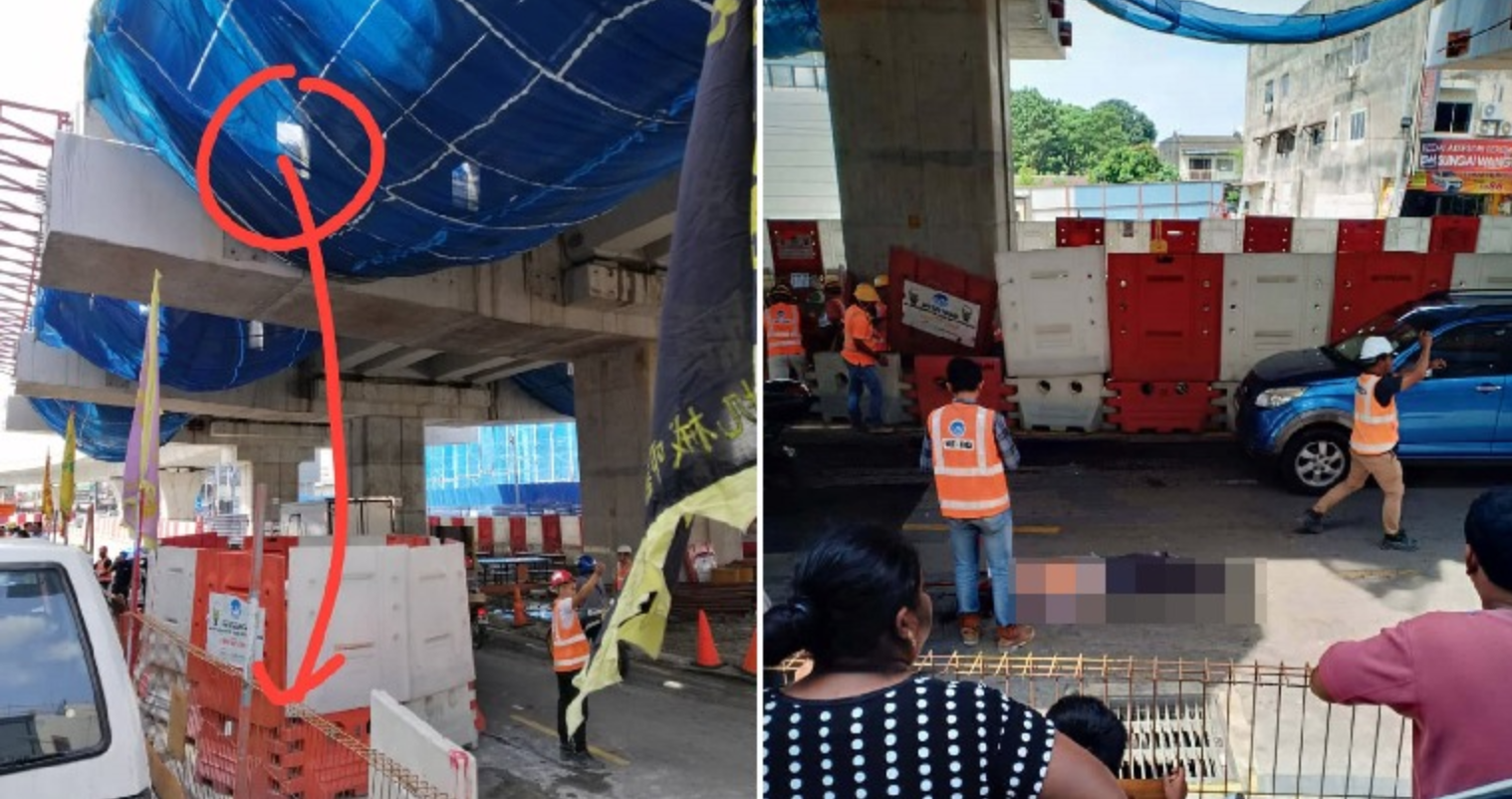