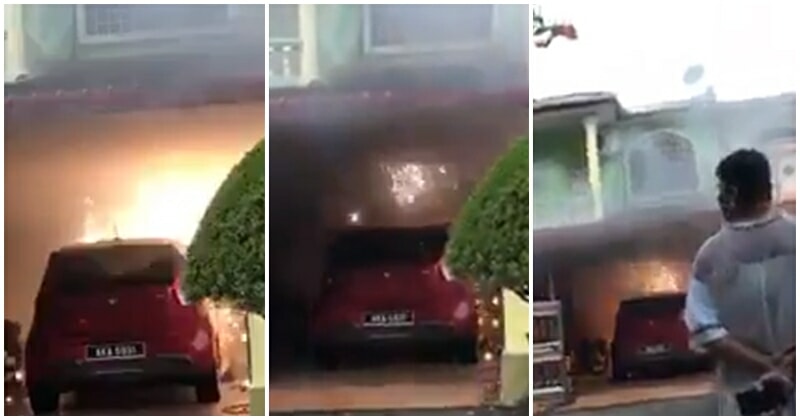 Our homes are powered by huge amounts of electricity on a daily basis thus increasing the risk of electrical-related incidences if it is not well maintained.

The most commonly electrical-related incidents that may take place in our homes is commonly known as a short circuit – where electrical flow completes its circuit journey via a shorter distance than is present in the established wiring.

Too hard to digest? In layman’s terms, a short circuit happens when there is a ‘leak’ in power and it seeks a shorter pathway to reach the ground, with the shorter pathway being flammable items or a human being that is less resistant than its normal electrical flow.

But what would a short circuit look like should you be faced with such a situation? Caught on video, Facebook page Sukan Star TV – sstv.my shared a video of a house short circuit-ing to the horror of the homeowner and firemen on site.

Understanding more as to why the firemen at the scene were unable to do anything just yet, netizens offered some explanation.

One netizen explained, “In this situation, there is not much that you can do. You have to inform TNB to cut the main power off and only then can the firemen begin work putting out the fire.”

But what would happen if they did not wait for TNB to arrive?

The netizen adds, “If bomba or anyone at the scene began putting out the fire instead of shutting off the main switch first, it is a shortcut for you to go meet your maker.”

Clearly something you would not want to do if you have unfinished business here right?

The incident which took place at Taman Saujana, Taiping, Perak has witnessed a total of 3k likes and 1.8k shares.

Surely something you won’t see every day, we hope that the advice given by fellow netizens will be considered as a guideline in the event we too are met with the same situation. 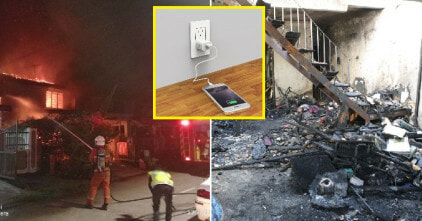