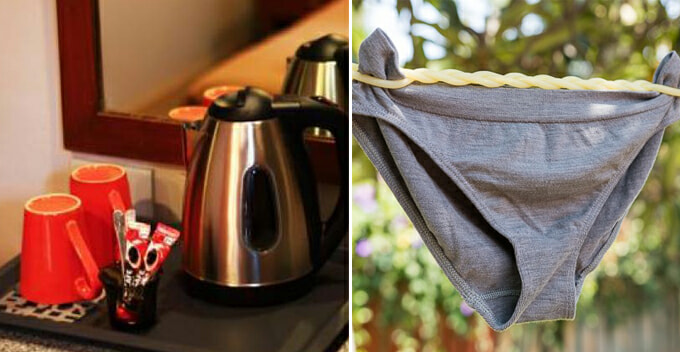 Kettles are usually available at every hotel room for weary travellers to help themselves to a warm cuppa.

This simple device is there to grant us easy access to hot boiling water. However, you may want to think twice before using it the next time. That’s because some ‘innovative’ people have gone a little too far as they’ve decided to boil their underwear in it, hoping to cleanse their soiled undergarments. Ew, wtf!

According to Asia One, this appalling issue quickly garnered netizens’ attention when a guy first tweeted about it.

Source: AsiaOneSo is someone actually doing it? We sincerely hope not.

After reading this tweet, netizens became restless as the thought of dirty underwear being boiled in a hotel kettle just kept surfacing in their mind. As much as we hope that this was nothing more than a speculation, our worst nightmare was confirmed when another netizen from Singapore tweeted about the same thing too.

Apparently, this disgusting behaviour was already a thing among travellers since last year as two netizens brought it up on Twitter.

This horrible news have grossed out so many people that an expert in molecular science, Dr Heather decided to issue a warning against the worrying trend.

Although the reasoning behind such a dirty habit may sound ‘logical’, Dr Heather warns that not all bacteria can be killed by high temperature.

“These don’t cause sickness if they are consumed, but their presence in certain environments can encourage them to produce a toxin that can be deadly,” she said.

“Who knows how long that water, with ‘nutrients’ that have been introduced and then sterilised, sits around in the kettle before someone else uses it?” she added.

Since kettles in hotels are not industrial strength cleaning facilities, and who knows what kind of bacteria one has in his/her underwear, blanching underwear in a kettle will not guarantee a bacteria-free result, the doctor said.

So, let’s set this straight once and for all – kettles should ONLY be used to boil water, and not any other items! Err… you guys don’t do that right? 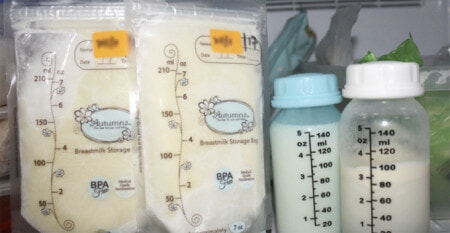