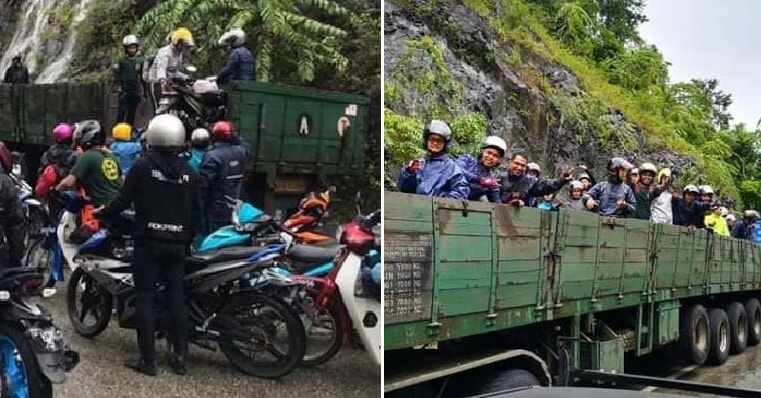 With the rainy season here, it hasn’t been easy for motorists on the road as there are bound to be flash floods happening. This means that sometimes, motorists can get stuck on the road as they can’t pass through the flash flood, which can damage their vehicles. For motorcyclists, more often than not they have to wait out the rain or until the flood subsides before they can continue on their way. 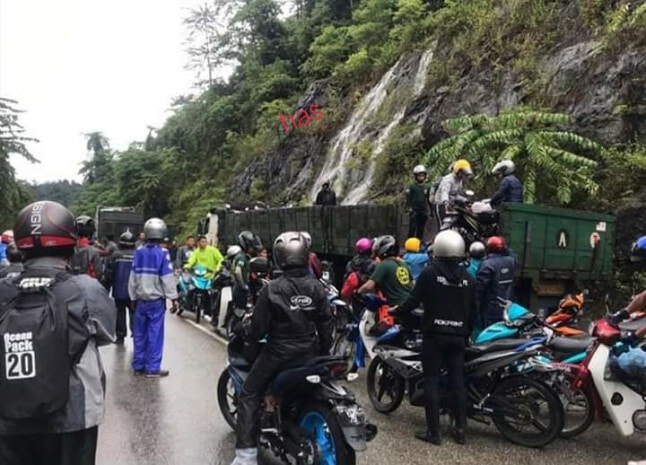 Recently, a Malaysian netizen shared something heartwarming he saw on the road when Malaysians worked together to help each other from a flash flood situation. In a post, the netizen uploaded photos of the scene, and it can be seen that there is a patch that was flooded with water.

Motorists including trailers, lorries, cars and motorcycles had pulled up before the patch as they were unsure how to pass through that particular area. The photos showed a few motorcyclists loading their vehicles up into the trailer bed, and it is believed that two kindhearted trailer drivers offered to carry the stranded motorcyclists over the flooded puddle. 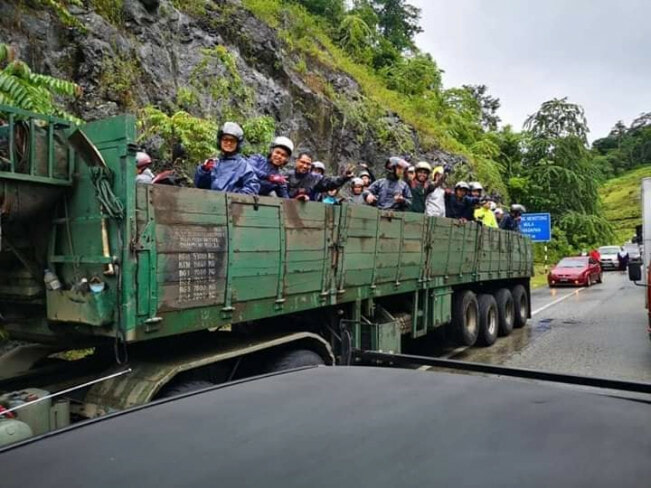 It is understood that trailers are generally taller which means they usually have no problems going through a flooded area if the water level is not too high. Photos and videos shared by other netizens who were at the scene showed the motorcyclists waving happily as they manage to pass through the flooded area safely. 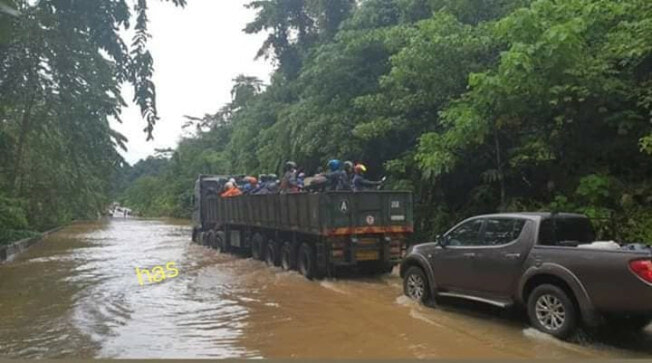 Other netizens who saw the post praised the trailer drivers, saying that they were kind and good-hearted to carry the motorcycles and their owners over. They said that the drivers would get good karma in return for their kind deeds as well. It looks like it took place in Malaysia but it is unclear which road is this.

Now, this is what we call the Malaysian spirit! Helping each other out when needed! 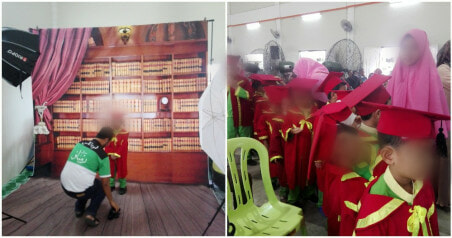