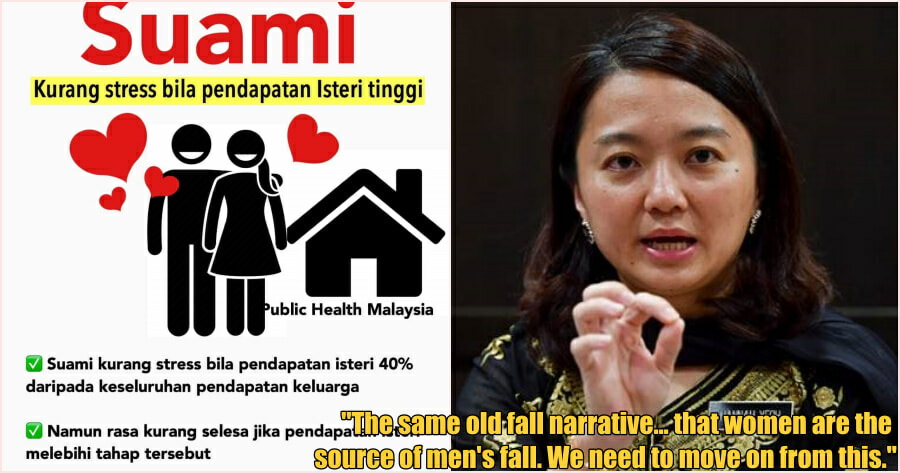 In Malaysia and many parts of the world, husbands are expected to be the main breadwinner for their families whilst wives would normally not be expected to contribute to the family in terms of money.

But times are now changing and many people believe that it is about time we let go of such expectations.

Recently, Melaka’s State Government shared the results of a study about the link between spousal income and male psychological distress via a Facebook post.

In the now deleted post which was shared along with an infographic from Public Health Malaysia, they said that, “As the norm, husbands are the sole breadwinner of a family. So being a husband is no easy task.”

“They have to sacrifice themselves just to find some sources of income for their family. So it is not surprising if a husband is stressed out with his life,” said the post. 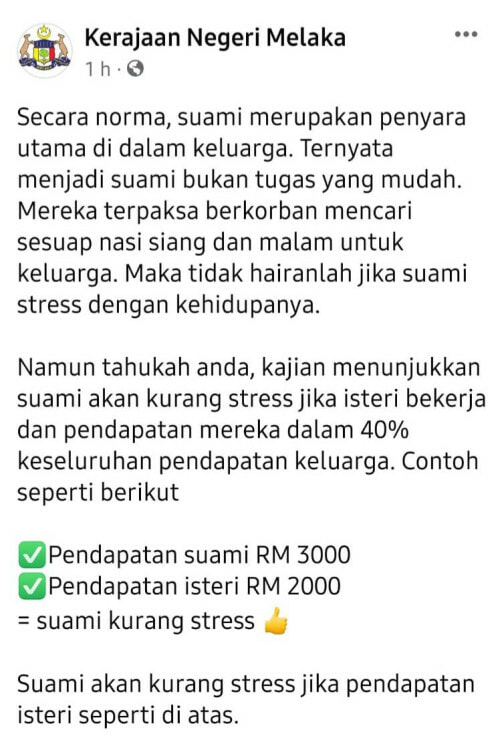 They then proceeded to exemplify this ‘stress’ by linking it to a study which was done by a researcher from the University of Bath, UK which was published back in 2019.

“The study shows that husbands will feel less stressed if their wives work and earn around 40% of the total household income.”

“However, husbands will feel uncomfortable if their wives exceed the 40% total,” they added. Their example included a situation where the wife and husband earned equal amounts. 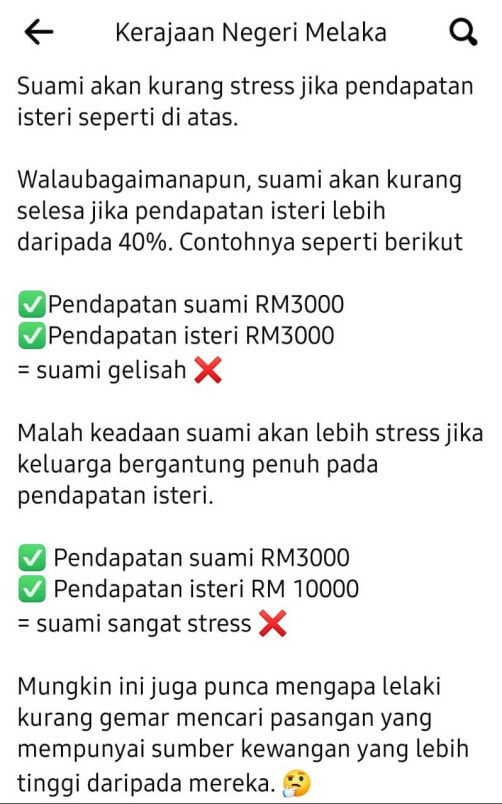 They then stated that a husband will feel even more stressed out if the family relies fully on the wife’s income.

“Maybe this is why men are less interested in finding a partner who earns more than them,” concluded the post.

Although the post has since been deleted, netizens managed to screenshot it and circulate it on Twitter. It managed to catch the attention of former Deputy Minister of Women, Family and Community Development, Hannah Yeoh.

Netizens also bashed the state government for their post

Malaysians were also less than happy with Melaka’s state government for their post. Some users even pointed out that their post didn’t even highlight one of the main conclusions of the study.

“Evidently, whoever did the infographics didn’t actually read the whole paper and it’s conclusion.”

The conclusion of the study revealed that there was no link between the wife’s relative income and husband’s psychological distress among couples where wives out-earned husbands at the beginning of their marriage. 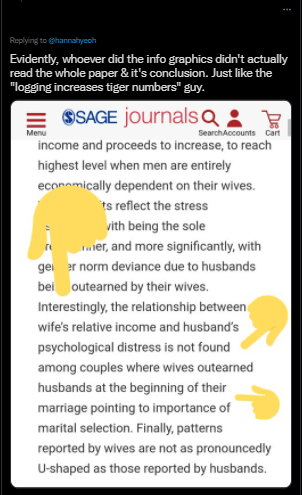 Some netizens highlighted that the post is very backwards thinking and that men should not feel stressed if their wives were to earn more.

“How can this kind of thing make them feel stressed,” commented one user.

“The same old fall narrative… that women are the source of men’s fall. We need to move on from this.” 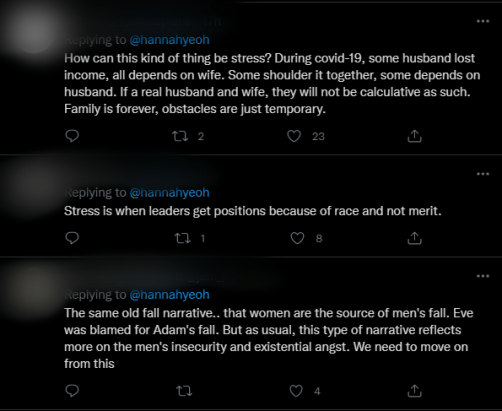 Meanwhile, a user criticised the post for just highlighting the issue but not providing a solution.

“So are you asking us to get divorced or what? Pointing out the issue without a solution.”

“Husbands like that are not stressed but are suffering from some self esteem problems,” commented another user. 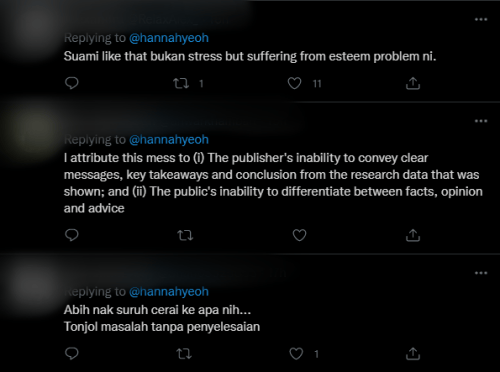 What do you think of the study? Let us know in the comments. 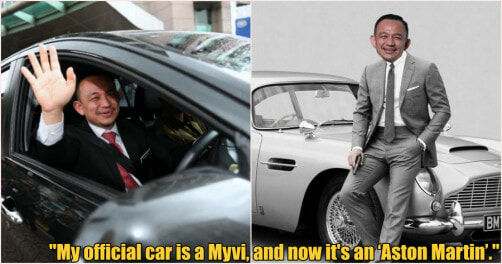