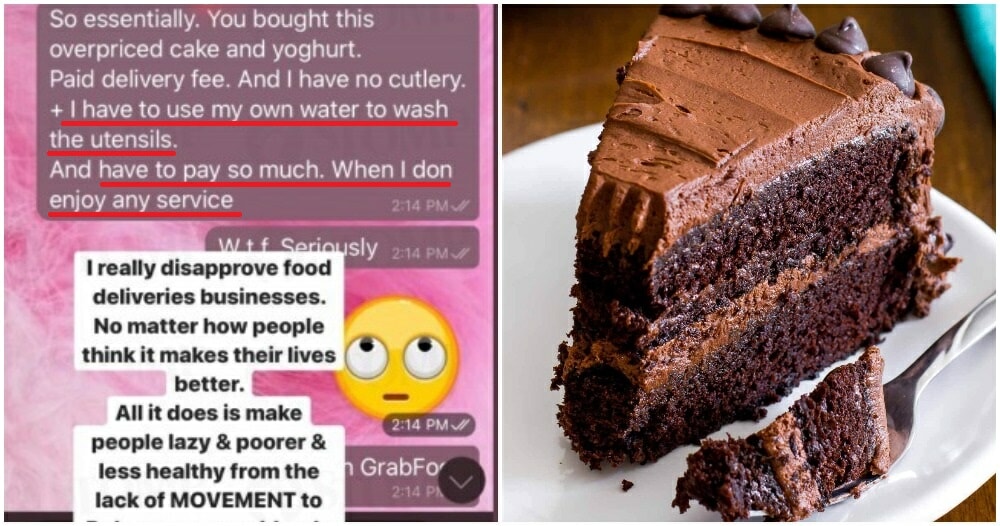 During this MCO/CMCO/CB in Singapore, most of us are not able to leave our houses. So, we resort to food delivery services to help us send food to the ones we love. However, this woman in Singapore did not take the sweet gesture from her boyfriend too well and gave him a piece of her mind.

This viral set of screenshots which were originally posted by STOMP have been making their rounds in Singapore and let us just say this, it’s fiery. 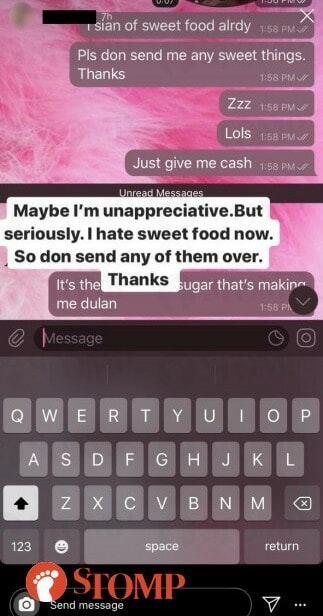 According to the timestamps, this is the first screenshot. The girlfriend exclaims that she might be unappreciative but she hates sweet food now and asks people to not send them over. In the texts, that she had sent, she added: “just send cash, lols“.

At 2.14pm, it seems like her boyfriend bought her an expensive cake and yoghurt. Instead of saying thanks, she flipped out and tore him apart.

“You bought this overpriced cake and yoghurt, paid delivery fees and there are no cutleries. I will have to use my own and wash them with MY OWN WATER.”

In her IG story screenshot, she added that she doesn’t approve of food delivery businesses as they make people lazy, poor and unhealthy. She adds,

“No wonder obesity is an issue.”

Then she went on a rant about how people are hopping onto the trend of sending food to people and not even knowing what they like, hence, exposing themselves.

In the following screenshot, we can see her boyfriend trying to make peace and admitted to every mistake that he has made.

“I just wanted you to have a nice tea break. It’s my fault. Sorry, don’t angry ok?”

She still wasn’t appeased and asked her boyfriend why he sent her those desserts when he knew full well that she was trying to stay away from sugar.

“I don’t see this as a sweet gesture but I see this as an insult because this means that you haven’t listened to a goddamn word I said!”

In this last screenshot, it is unclear if the person who sent SGD50 (RM153.47) was her boyfriend but it seems that she is much happier with cash than sweet thoughts and food. 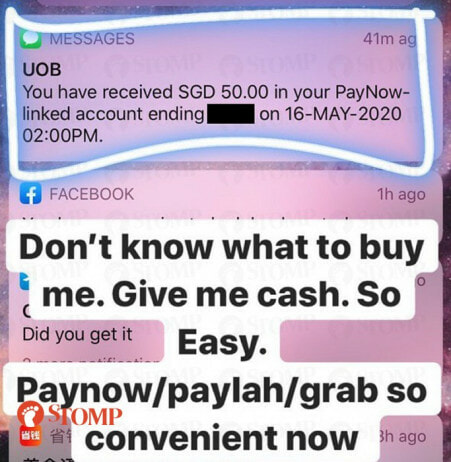 Well, this woman is quite possibly on a no-sugar diet and she might’ve been suffering from irritability because of it. After warning her boyfriend to not buy anything sweet, he went ahead instead. What do you think about this? Tell us in the comments!