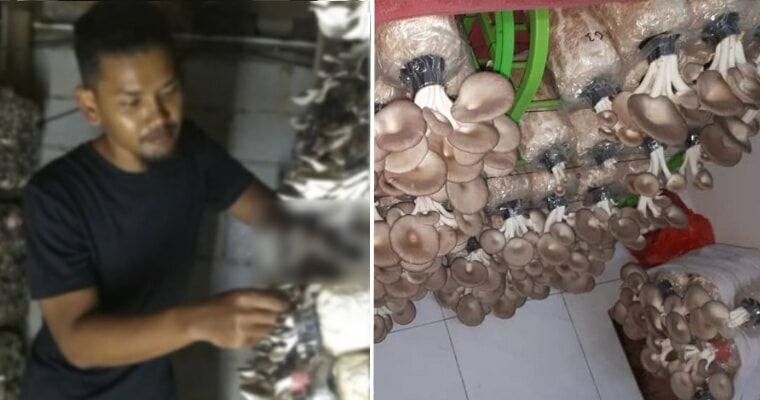 There’s an old saying that says, “Success is going from failure to failure without losing your enthusiasm.”

Such is the case of 25-year-old graduate Muhamad Solihin Mohd Yasin, who has gone viral on Twitter for sharing his inspiring story, quickly garnering over 10,000 retweets.

Although he’s held a Bachelor’s Degree in Marine Science since 2016, he has struggled to find a job for the past four years. Solihin recounts his troubles in an interview with mStar,

“Most of the jobs related to my field are based in larger areas. If I wanted to work in the field, I’d have to move out of Batu Pahat, Johor, but I do not want to leave my parents because they are getting old.”

The youngest of five siblings, he refused to be discouraged after four hard years of trying and failing to find a job in the field of marine science. Instead, he’s been steadfastly working on a project to help feed his household: homegrown oyster mushrooms. 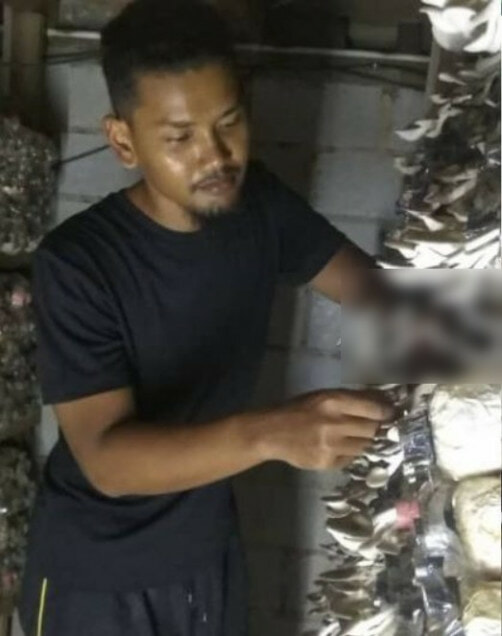 “Other vegetables need extensive areas to cultivate, but mushrooms only require shelves and can be strategically arranged to fit the available space,” he shares. Compact and relatively easy to cultivate, he prepared and stockpiled mushroom spore kits that allow buyers to grow their own crop of oyster mushrooms. 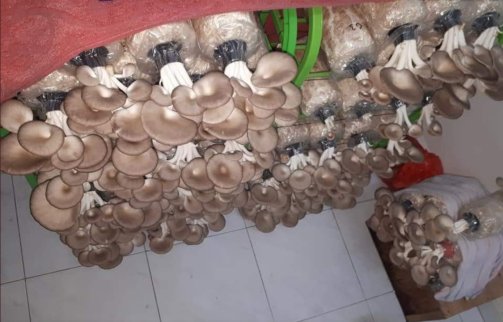 He explains that since he lives in the village, his spore packs can help other villagers make some side income, adding that mushrooms can also be cultivated in barns. He confesses that ever since the beginning of the project in 2018, he’s suffered lots of losses, sharing that he only began bringing his business onto e-commerce sites after he was confident in his product.

He now sells his spore packs on Shopee, with each pack only costing RM3, and according to him, all you need to do is “cover the block with a wet towel” and you can look forward to harvesting your own oyster mushrooms in no time!

Solihin has advised graduates not to be closed off from the option of venturing out beyond their fields of study. He said the current economic challenges are calling graduates to cast aside “picky” attitudes as well as challenging them to create their own jobs.

Netizens who saw his post were inspired; some of them encouraged him onward and others echoed his sentiments of innovation and creativity.

“That’s the spirit brother. Keep moving forward! The Creator has given us intelligence,” said one user.

“Yes! We have to innovate and adapt, especially with economic growth,” said another commenter.

Truly, it’s a shining example to us all that no matter what setbacks we may encounter, with determination and passion, we can always overcome.

What do you guys think about his story? Did any of you end up working in unexpected fields after graduation? Share your stories with us in the comments! 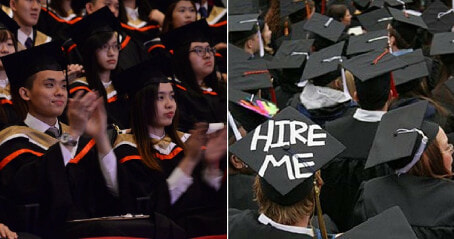