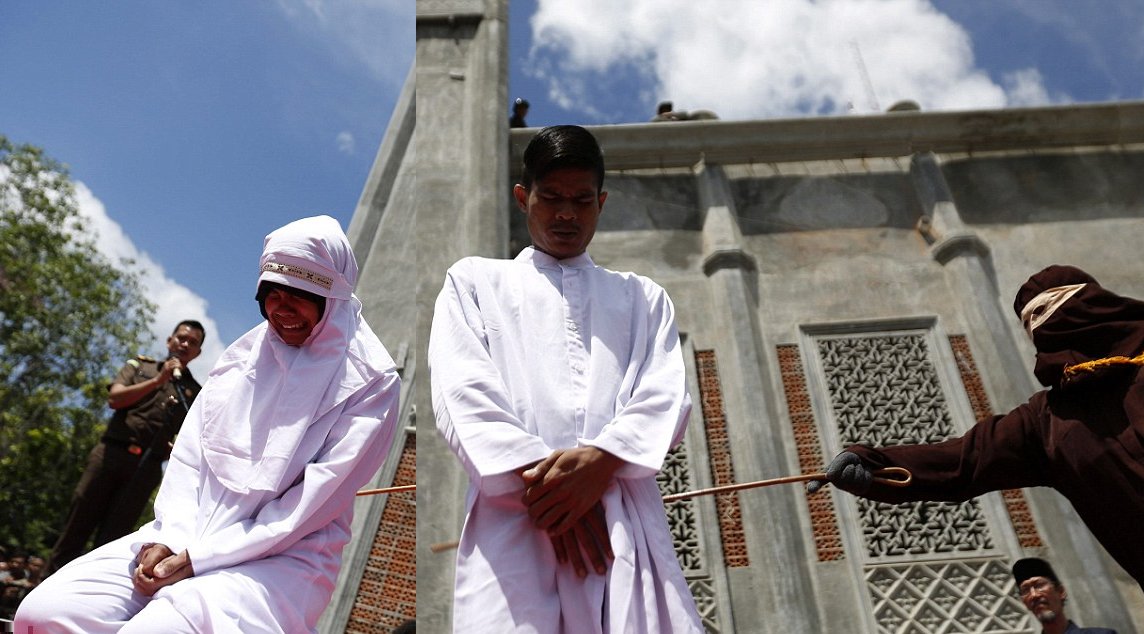 Three young couples in Aceh, Indonesia, were meted out with public canings for going out on dates which is considered a violation of Sharia laws.

One woman was even captured flinching out in pain as harrowing pictures of their public lashings surfaced on the internet, whilst a man who seems to be speaking into the mic stands in the background in the Al Furqon Mosque. It follows a crackdown that has just started in the region, coming after a flurry of new Islamic laws being introduced. Despite drawing huge criticism from rights groups, Aceh is the only province in the most populous Muslim-majority country that has been allowed to implement Islamic Sharia law.

It was granted special autonomy in 2001, in view of the central government in Jakarta to quell a long-running separatist insurgency. Under the law, both genders who are not married, are not allowed to get too close due to the ‘khalwat’ offence. Punishment of such is public caning. Gay sex, drinking alcohol and gambling are all punishable in Aceh. Just earlier this year, Banda Aceh banned women from entertainment venues after 11pm unless if they were accompanied by a husband or male family member. The district has also banned unmarried women and men from riding together on motorbikes.