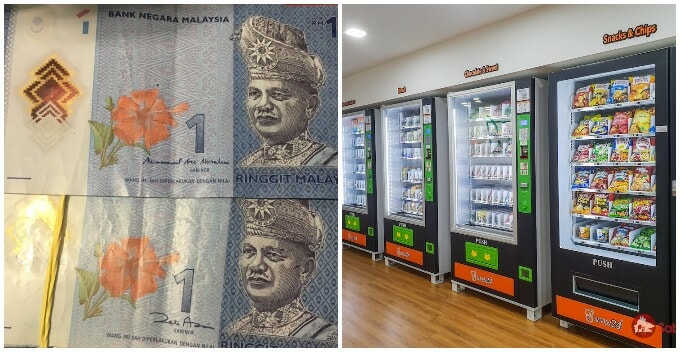 Have you ever had one of those days where you are so thirsty and you just can’t wait to get home to drink some water? And voila, there it is, a vending machine! What a life saver. So you insert your RM1 into the slot, planning on buying a refreshing cold drink. But wait, the money is not being accepted?? Even after multiple attempts at straightening the cash, also doesn’t work. Aiseh.

Fun fact: some vending machines don’t accept your RM1 because it has Muhammad bin Ibrahim signature. It only accepts Zeti Aziz bank notes #TIL https://t.co/mVw9MU0C9c

In a recent viral tweet by Aini @nurfitriainii, she claims that the reason why vending machines sometimes don’t accept your money is because of Muhammad bin Ibrahim’s signature. Apparently, it only accepts Zeti Aziz-signed notes, who is the ex-governor for the Central bank of Malaysia. 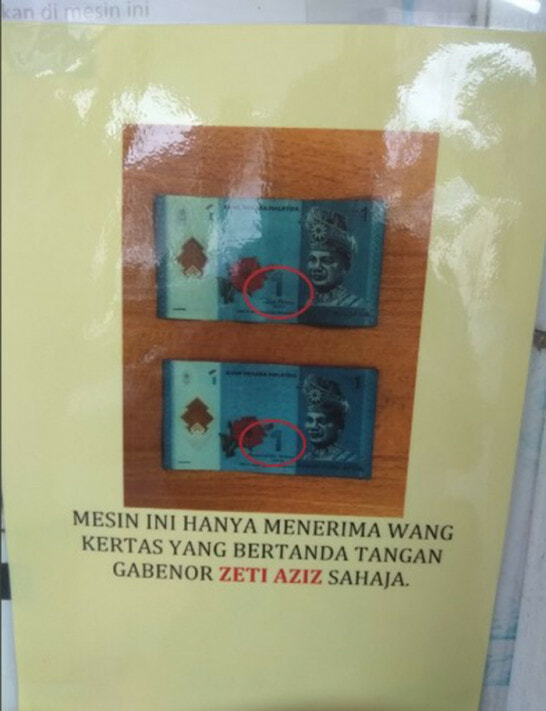 Netizens who were amazed by this newly discovered ‘fact’ reacted with some funny comments.

“No wonder it wouldn’t work even when sometimes I forced the money in like giving a bribe.”

This Twitter user questioned, “Why does it only want Zeti Aziz ones only and not Muhammad bin Ibrahim’s?”

And the answer he received was, “Because women are always right, so the machines are afraid that the man’s signature is fake. Okay, it’s just a joke. Or else, my girlfriend will get angry with me.”

“I thought it was because the money was crumpled. I got so tired ironing the money until it gets straight back.”

According to Aini, who is an ex-programmer, vending machines rejecting banknotes that are not signed by Zeti Aziz, by all means, are not part of a feminist ‘agenda’. They are just not upgraded by programmers to identify and accept new bank notes.

She also said that each vending machines has been programmed to accept money with specific characteristics. For instance, the printing of bank notes, and the grooved edges and weight of coins.

Now we all know that crumpled and fake money are not the only reason why vending machines won’t accept your payment. Perhaps the vending machine you’re using is not upgraded by programmers to identify the new banknotes that you have in hand. 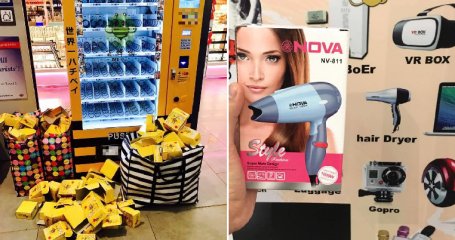