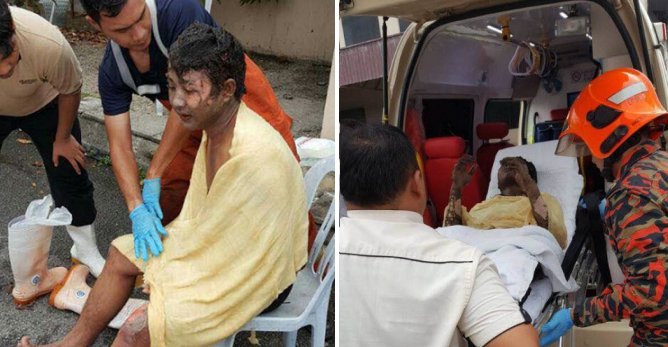 Disclaimer: Images included in this article may be disturbing to some.

OMG, this is bad! It appears that there has been a gas explosion that occurred just this morning on September 21 at a warehouse in Subang Jaya. 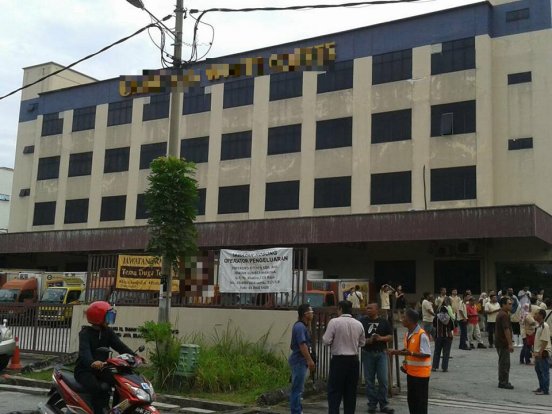 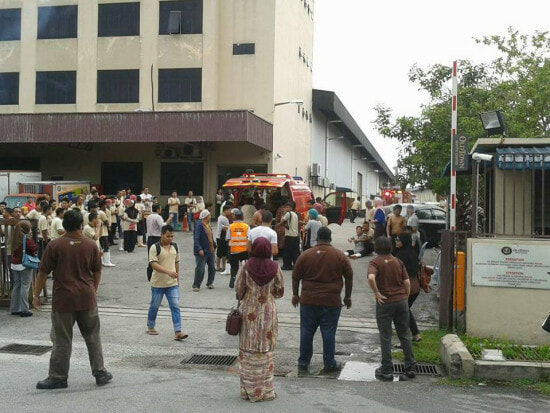 According to Chinapress, the explosion happened because of a leak in the Liquefied Petroleum Gas (LPG) that led to an explosion that injured at least eight people. The place that’s situated on Jalan Subang 10, Subang Jaya, is believed to be the warehouse of a popular local food chain.

The incident happened at around 8.00am this morning when a few foreign workers were in the warehouse and has left seven of them suffering from injuries. Five of them were badly injured with about 20% to 80% burns on their bodies. So painful! 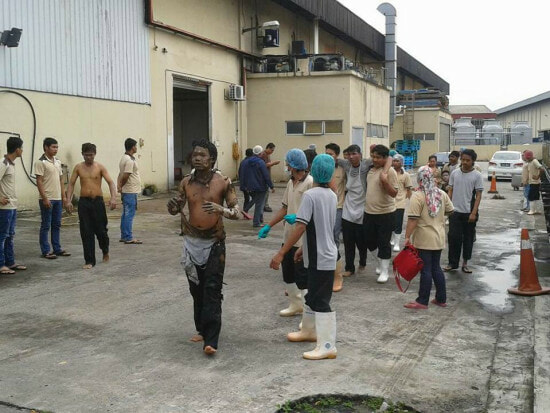 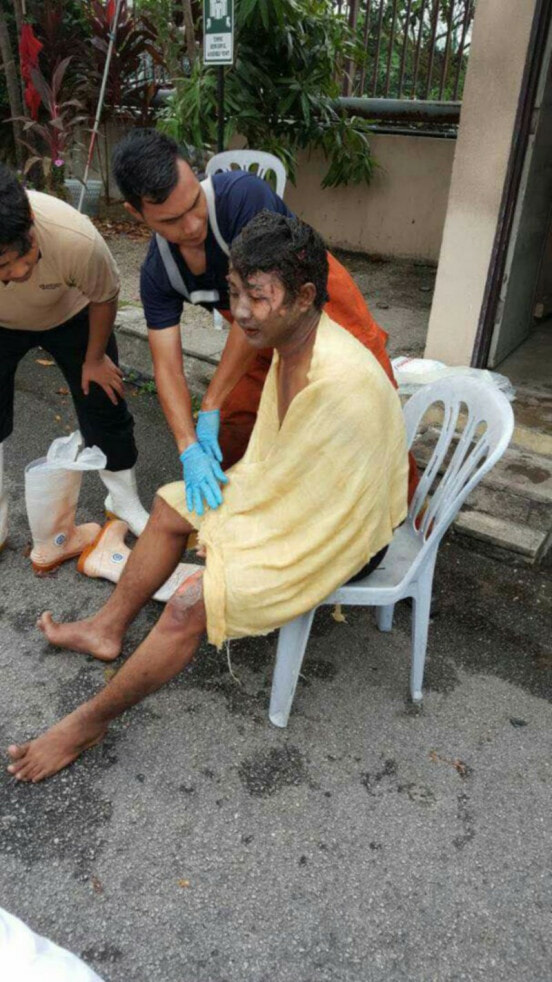 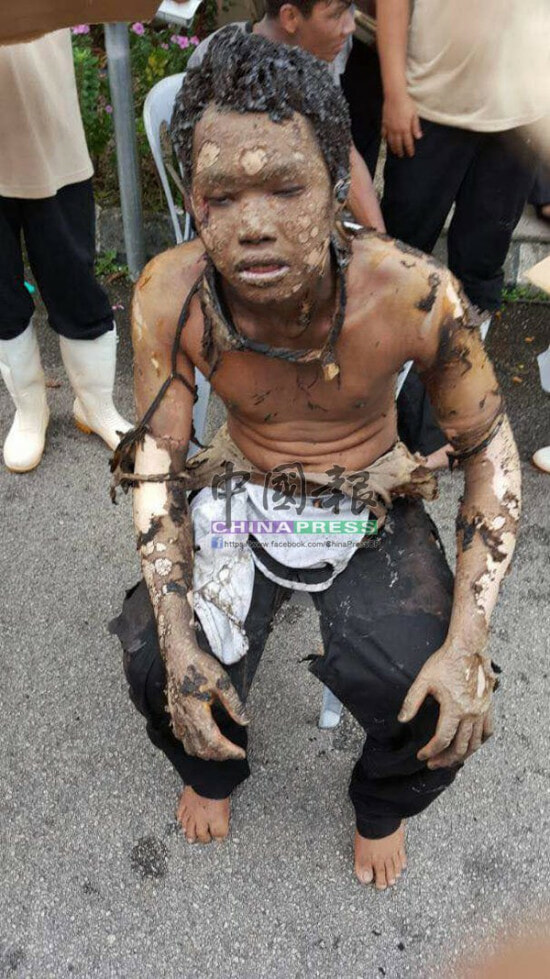 One of them suffered from a foot fracture while the other two victims had only minor injuries when splinters from the explosion hit them. Witnesses at the scene said that when they heard the explosion they rushed to help the victims. Poor thing!

The firemen said that they arrived at the scene 15 minutes later and quickly turned off all the gas valves before putting out the fire. 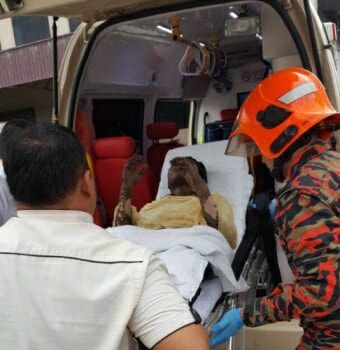 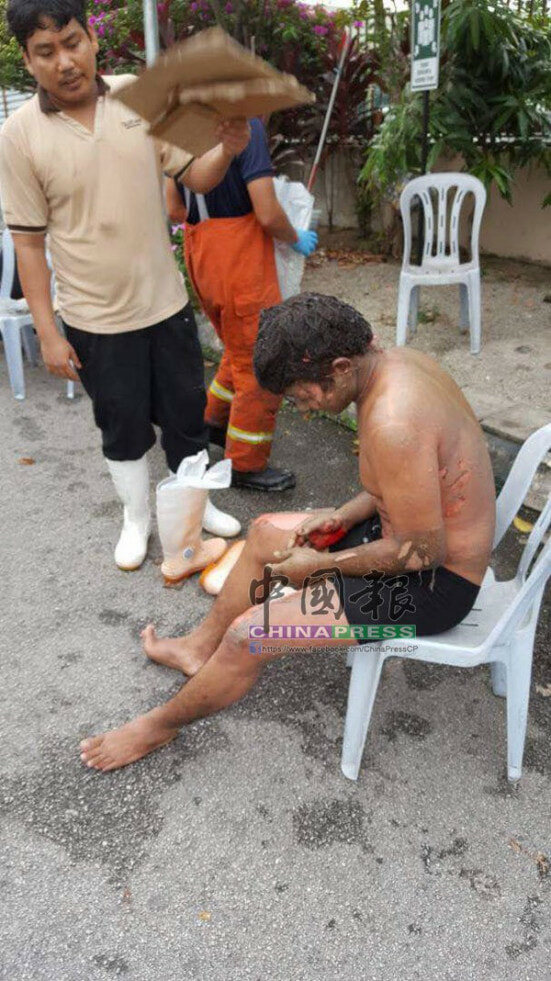 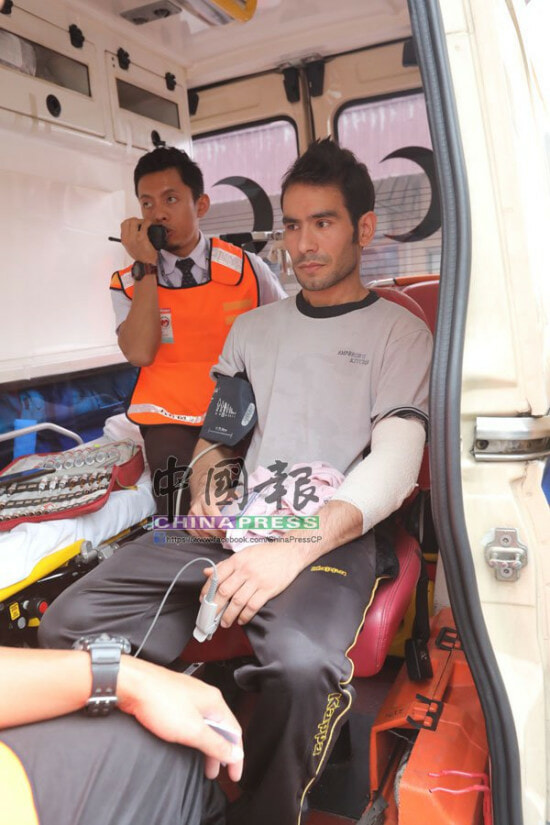 The victims are Myanmar and Nepal nationals, aged between 21 to 30 years old who have been rushed to the Serdang Hospital for emergency treatment. NST reports that the gas explosion had occurred when an industrial gas tank on the first floor which was being used to cook the soup for the kopitiam chain inadvertently exploded.

The workers are believed to be experienced staff who have worked for at least one year. The kopitiam chain said that they are waiting for updates from the hospital about their workers’ condition and would notify their families immediately.

“With the help from Selangor Fire and Rescue Department, the rest of the building was successfully reopened in four hours as the damage was contained within the production room; our coffee and beverage manufacturing facility, warehouse, and office block are not affected by the incident.”

“We are currently working closely with the authorities on the cause of the incident. The management of OldTown White Coffee would like to assure the public that our employees’ safety and well-being are our utmost priority and will ensure all injured employees be well taken care of and treated by proper medical procedures.”

“We would like to assure there will be no interruption to our supply chain to our F&B outlets, nor to the trade for our instant coffee beverages.”

Hope these poor workers will get well soon! 🙁 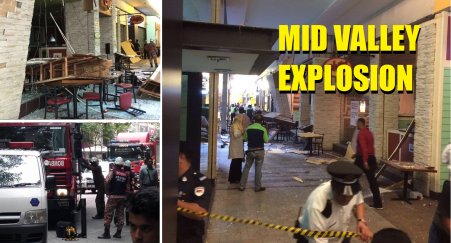