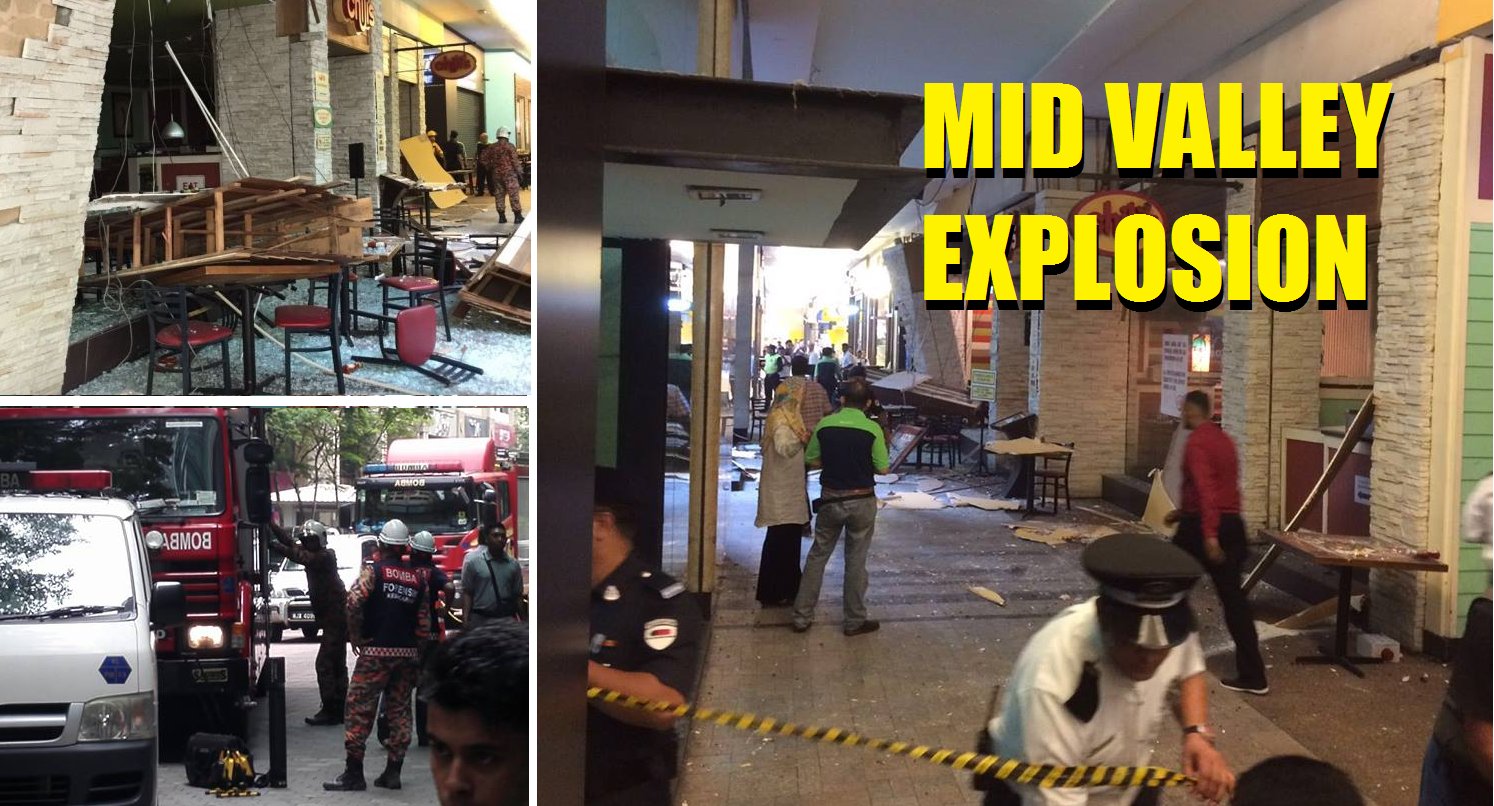 The explosions which were thought to be due to a gas leak caused a part of the ceiling to collapse.

The incident occurred about 9.30am. Mid Valley released a statement on their official Facebook page to update Malaysians about the current situation.

The mall confirmed that the explosions were due to maintenance work on their gas system and there are no fatalities. The affected areas are closed off but other parts of the mall will run business as usual.

“We regret to inform that we had an incident at Mid Valley Megamall at approximately 9.45am this morning.

During re-instatement work to our liquefied petroleum gas (LPG) system after maintenance works, we had minor explosions at two food and beverage outlets.

There were minor injuries to our maintenance staff, LPG contractor and tenant staff. Medical treatment is already being given. There were no fatalities, neither were there any injuries to the public.

We are working with the relevant authorities and have shut all the gas systems in Mid Valley Megamall until further notice.

The mall will remain open to visitors and we will keep you updated as and when we have more information.

Safety remains our utmost priority and will focus our attention on the well-being of our tenants and guests. We sincerely apologise for any inconvenience caused.” 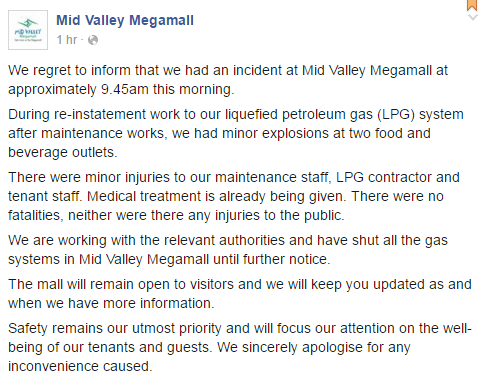