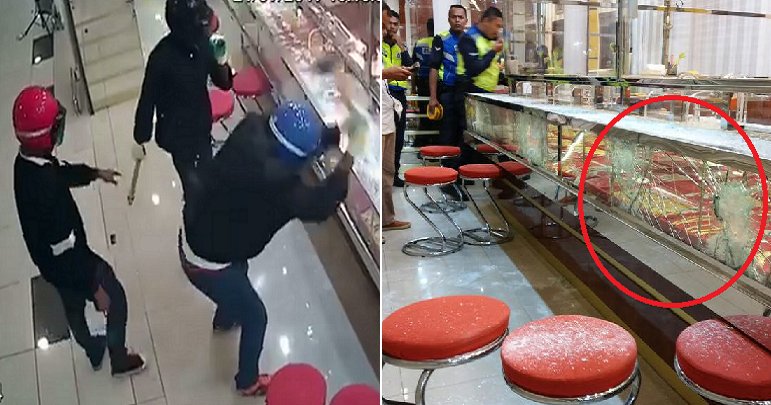 Goldsmiths and banks have tons of valuables inside their premises which is why these places are often targeted by robbers hoping to make a quick buck.

However, a recent case of an armed robbery went viral when a gang of robbers who covered their faces in motorcycle helmets looted valuables from a goldsmith.

In a Facebook post from the shop in Shah Alam, they described the incident and uploaded CCTV footage of what looks like a failed robbery attempt.

“Yesterday evening on 24 July, our shop was targeted by four robbers armed with pistols and hammers who tried to burgle us at around 6.30pm. Luckily, none of our staff was hurt, just a little shocked at the incident. Fortunately, there were no other customers in the shop at the time either.” 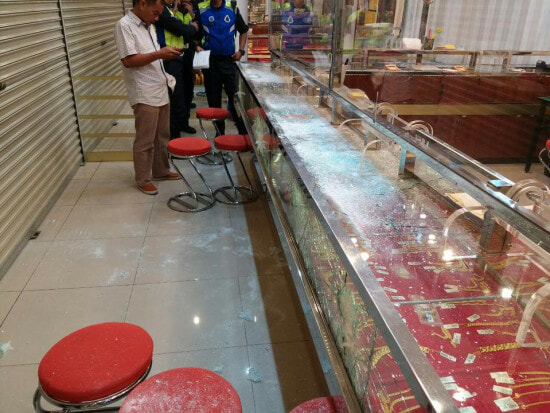 “However, most of our display cases were badly damaged, so we have to stop our operations for two weeks to repair the cases. Once our renovation and repair works are done, we will resume business as usual.”

According to Oriental Daily, while the robbers looked like they had a hard time breaking the glass, eventually they managed to scoop up RM80,000 worth of valuables in seven short minutes and fled the scene. 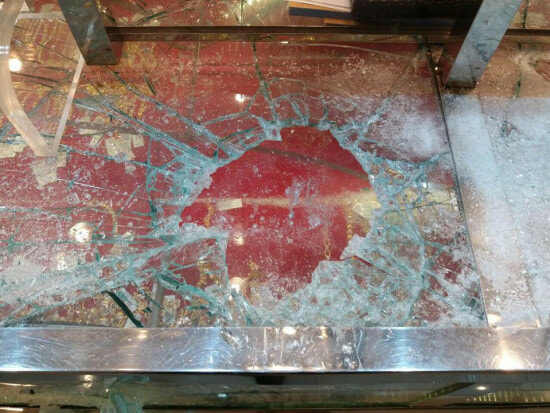 The 42-second CCTV footage shows one of the robbers furiously hammering away at the glass surface of the case. He was then joined by another comrade who tries to break the case next to him.

However, the hammering only caused the glass to crack, not break. After lots of super vigorous hammering, he appears to have made a small hole and reaches his hand into the hole to take out the jewellery. That is one seriously strong piece of glass! 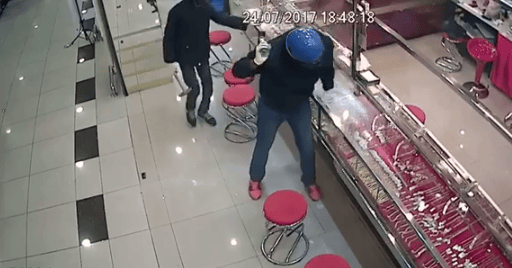 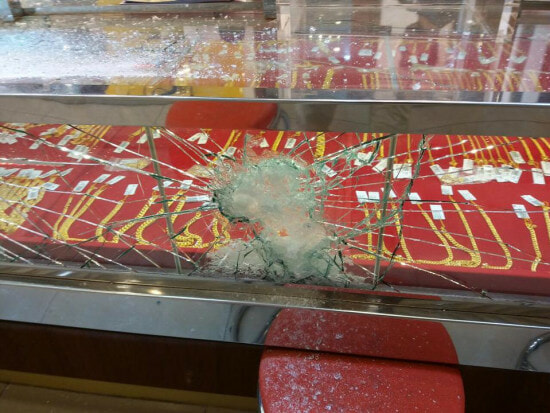 The robber can be seen trying to hammer away at another case next to him, while another robber tries to make the aforementioned hole in the glass panel even bigger. That glass looks bulletproof!

Netizens commented on the post and slammed the burglars for their actions. They also wondered about the strength of the glass used in the cases with some even saying that they should use it in their own houses to prevent any break-ins! 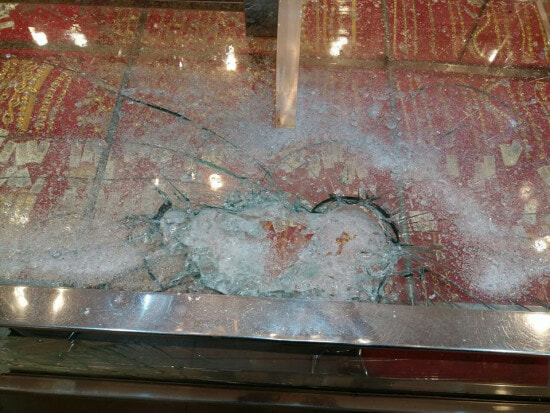 In fact, some of them speculated that they may be the same robbers who had an unsuccessful burglary attempt at another goldsmith in Sungai Buloh as they were scared off by a burglar alarm after trying to smash the display cases. See, crime never pays!

Hopefully, those criminals will get caught and put behind bars for a good, long time! 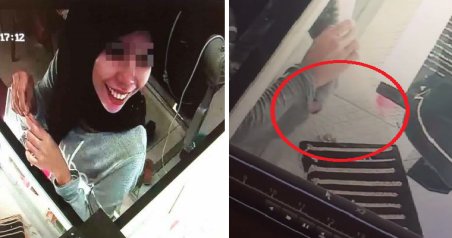