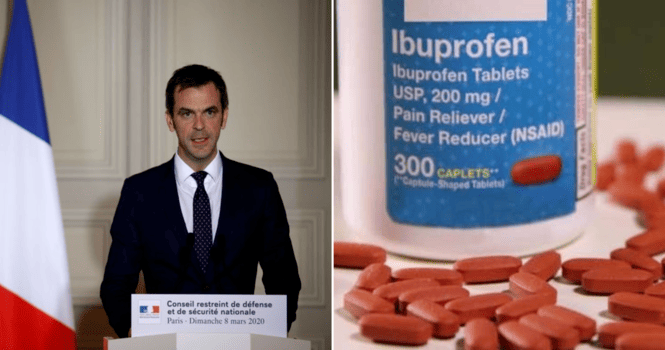 The World Health Organisation (WHO) has suggested that people suffering from Covid-19 symptoms should avoid taking ibuprofen. According to Free Malaysia Today (FMT) this advice came forward after French officials had warned that anti-inflammatory drugs could actually worsen the effects of the virus.

The warning by French Health Minister Olivier Veran was given after a recent study in The Lancet Medical Journal hypothesised that an enzyme boosted by anti-inflammatory drugs such as ibuprofen could facilitate and worsen Covid-19 infections. 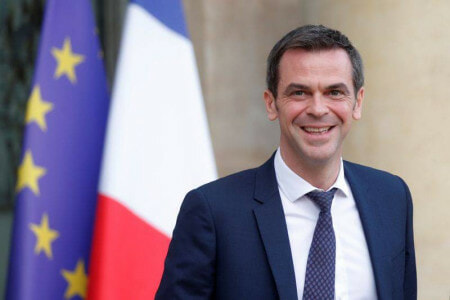 Olivier took to his Twitter on the 14th of March 2020 to warn everyone that taking anti-inflammatory drugs such as ibuprofen and cortisone could be an aggravating factor of the infection. 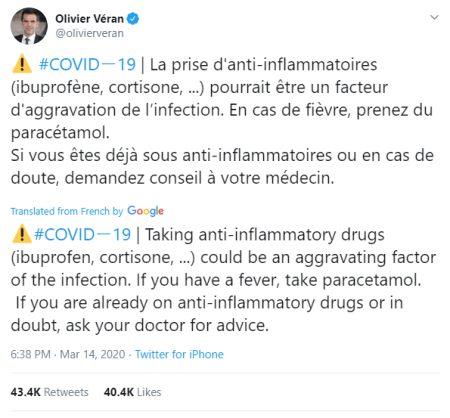 According to FMT, the spokesperson from WHO, Christian Lindmeier told a Geneva press conference that the United Nations Health Agency’s (UNHA) experts were looking further into the matter to provide a more in-depth explanation.

“In the meantime, we recommend using rather paracetamol, and do not use ibuprofen as a self-medication. That’s important,” said Christian.

However, paracetamol should only be taken according to recommended doses by a doctor. This is because abuse of paracetamol may damage the liver. Furthermore, WHO also stated that ibuprofen and paracetamol should not be used for self medication because it may mask the symptoms of Covid-19.

This ibuprofen predicament was also backed up by CNN. According to CNN, the French government had reported “grave adverse effects” linked to the use of non-steroidal anti-inflammatory drugs (NSAID). The NSAID covers a family of drugs that includes ibuprofen. The French government stated that the use and effects of NSAID have been identified with patients affected by Covid-19, in potential or confirmed cases.

However, there are also parties that claim that there are no direct links between over-the-counter use of ibuprofen with the aggravation of Covid-19. According to FMT, a spokesperson from British pharmaceutical company known as Reckitt Benckiser that sells which makes Nurofen (ibuprofen) claims that there is no scientific evidence that links over-the-counter use of ibuprofen to the aggravation of Covid-19.

“Consumer safety is our number one priority,” the spokesperson said. Even though they stated there are no clear linkage, the company is still willing to engage with WHO, the European Medicines Agency (EMA) and other local health authorities on the issue. 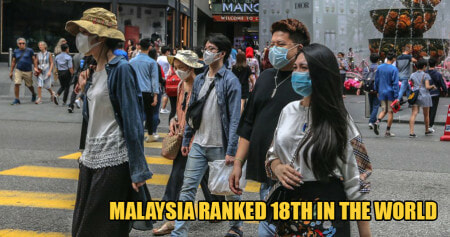