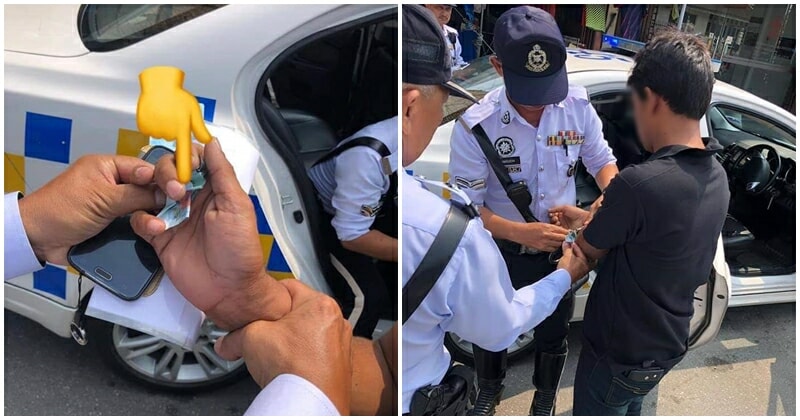 Taking to Twitter, @My_CrimeWatch shared images of honest policemen arresting a foreigner for driving without a license.

The arrest which took place at Jalan Daeng Selili, Kuala Kangsar involved two on patrol police officers arresting a Myanmar national but with a twist.

Caught on camera, is the man’s attempt to wiggle his way out of his arrest by offering bribes to both policemen.

Now it is important to note, that taking AND giving bribes is a big no-no in this country.

Not wanting to partake in the bribery, the police officers simply took the man into custody.

Here are pictures of the arrest. 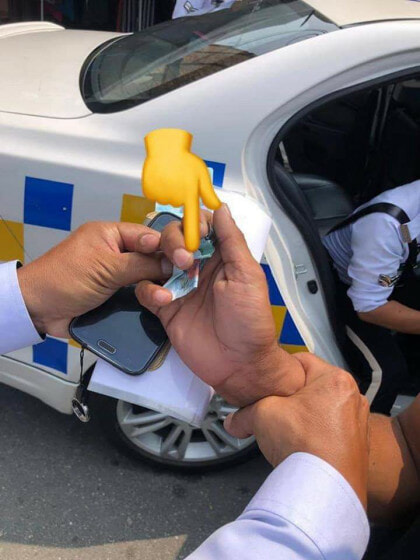 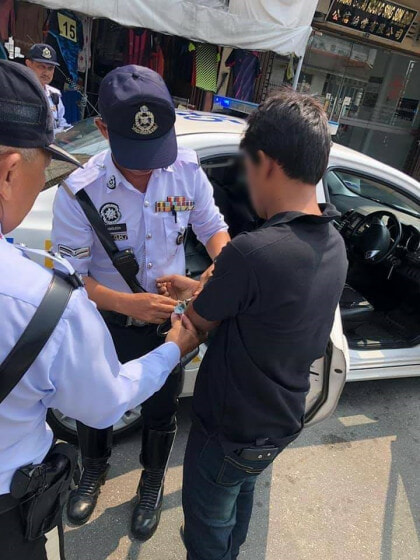 Not only will the suspect now be arrested for traffic offences, but he can also now be charged under the Malaysian Anti-corruption Act 2009 for offering/giving bribe which could be met with prison time and a heavy fine.

We applaud honest policemen out there who continue to carry out their duties with integrity, and we hope that this is a recurring theme for not only the police force but also everyone in Malaysia. 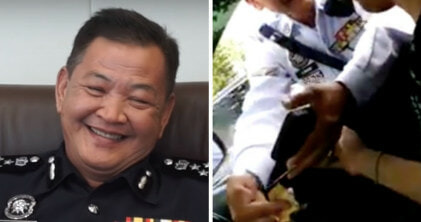