If you’re a football player or fan, you’d know that things can get pretty heated up between players during intense matches. Tensions run high when its crunch time and the game is tied. Everybody is so focused on winning the match that they’re willing to do whatever it takes to seal that victory. While most professional footballers are mature enough to leave that competitive energy on the field, not everyone is as sensible.

A football player from France was recently suspended for five years in Eastern France’s local league after biting one of his opponent’s penis during a fight that occurred after an intense 1-1 draw between Terville and Soetrich on 17th November.

Two players from both teams were fighting at the stadium’s carpark after the game when another player from Terville decided to interject himself in attempt to separate the two before things started getting physical. Unfortunately, he was not rewarded for his chivalrous efforts as the outraged Soetrich player responded by biting the peacemaker below the belt. 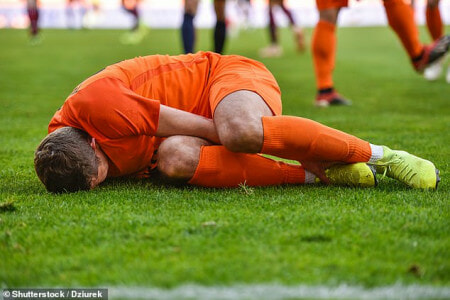 According to Vanguard, the poor victim required about 10 stitches and had to take four days off work!

“There was an altercation, an escalation and things got worse”, said Emmanuel Saling from the Mosellan football district. When asked who started it, Saling added that the blame was “more or less shared” by both parties.

As the physical altercation was deemed “quite original” as far as fights between football players go, the disciplinary committee had to call in an expert witness before finally allocating the punishment of a five-year suspension on the biting football player. The other Terville player was charged with a six month suspension. 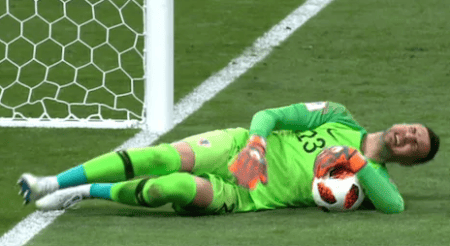 “The case was a bit saucy, but…there must have been some nasty tension, so the smiles on the disciplinary committee quickly faded.” Saling said.

Yikes, poor guy only wanted to break up the fight. Let’s leave the competitive energy on the field where it belongs, guys! 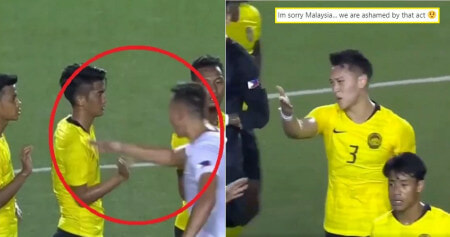