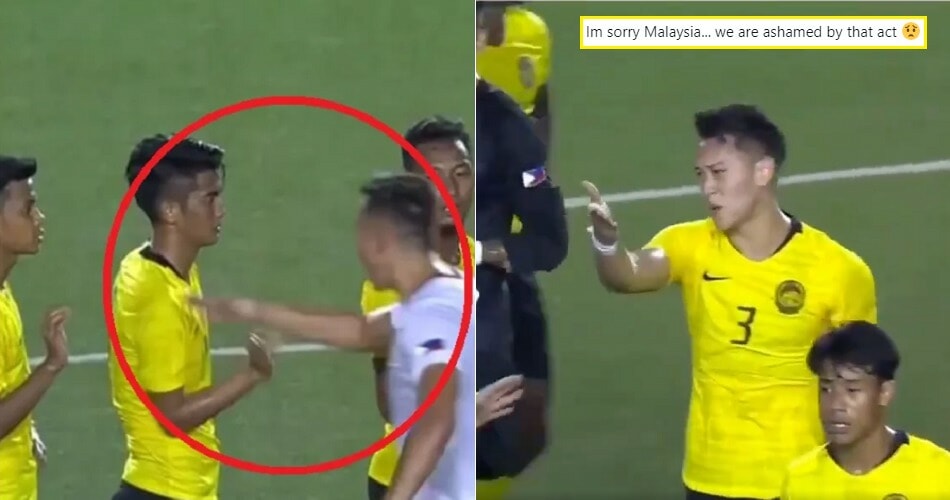 Lately, there has been a lot of controversies ever since the SEA Games 2019 kicked off in the Philippines. From the lack of hospitality to their athlete kicking ours in the face, there seem to be a lot of unpleasant incidents in the latest SEA Games.

In recent news, a tweet went viral as it featured a video in which a Filipino football player was seen aggressively “high-fiving” Malaysian players after they won the match against us (0-1), wrote Fox Sports. You can watch the 0:59-second video below:

In the video, the Malaysian players tried to confront the player Justin Baas, who plays for the Dutch football club AZ Alkmaar, but they were quickly consoled by the other Filipino players and their (Philippines) managers. As they dispersed, the Malaysian players decided to let Justin’s rude behaviour slide.

That said, embarrassed Filipino netizens who didn’t agree with their player’s ill-manners decided to apologise. They sincerely apologised for his rude act and confessed that they are ashamed of him. Read some of their heartfelt apology tweets below: 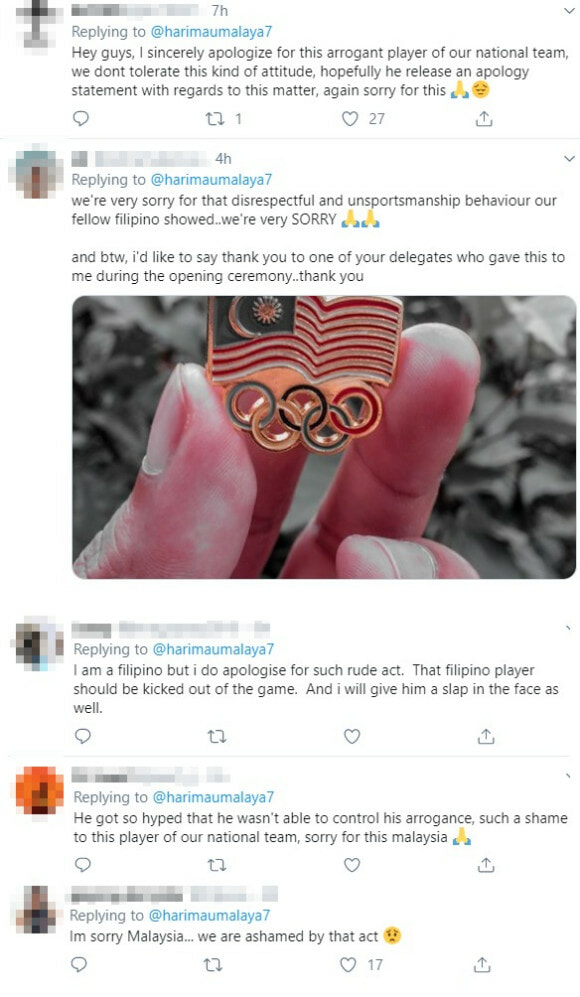 Well, we hope that the player will soon release an apology because his impolite behaviour has clearly caused a stir on social media. What’s your opinion on Justin’s attitude? Let’s us know in the comments below! 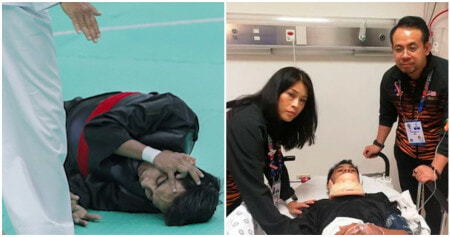