A folded car mat under the brake pedal caused a car to lose control and crash into three hawker stalls at Jalan Taman Mesra, near Kajang yesterday (10 March).

According to Selangor Traffic Investigation and Enforcement Department chief, Superintendent Azman Shariat, the accident that happened at 3pm also resulted in one of the hawkers being slightly injured and was sent to Serdang Hospital for treatment. 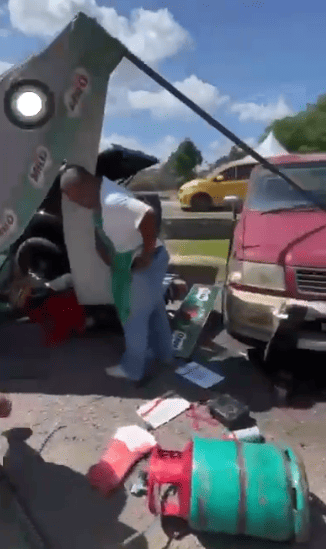 “The Proton Saga car that was driven by a 58-year-old man who wanted to get out of the parking area. [He] suddenly lost control due to a brake problem and panicked and hit a parked Honda City and three stalls,” he said, according to Berita Harian.

“The 39-year-old woman, who is the driver of the Honda City, also confirmed that the car mat was folded after checking the Proton Saga car.”

A video of the incident was also posted on social media, showing the aftermath of the crash.

Azman Shariat added that the two drivers did not sustain any injuries, but a hawker suffered burns on his back due to hot oil following the incident.

The case is now being investigated under Section 43 of the Road Transport Act (APJ) 1987. 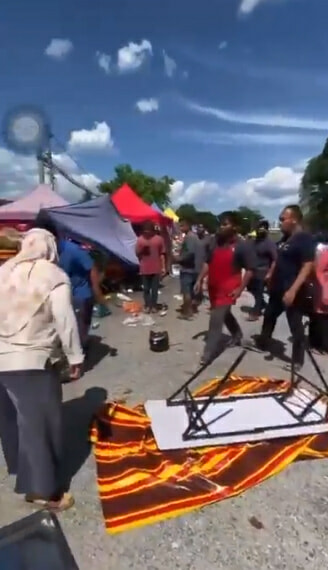 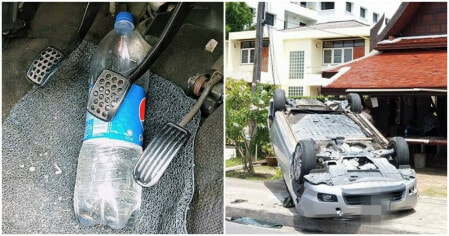