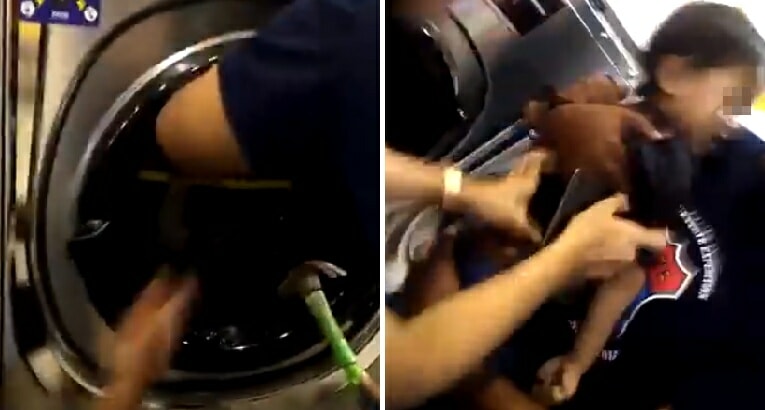 Those self-service laundrettes are a godsend for those of us who don’t have a washing machine at home but recently, it seems that there are people who like to misuse these machines. Before this, news of a stray pregnant cat being placed in the dryer and killed by some cruel men was in the headlines. They have since been arrested! 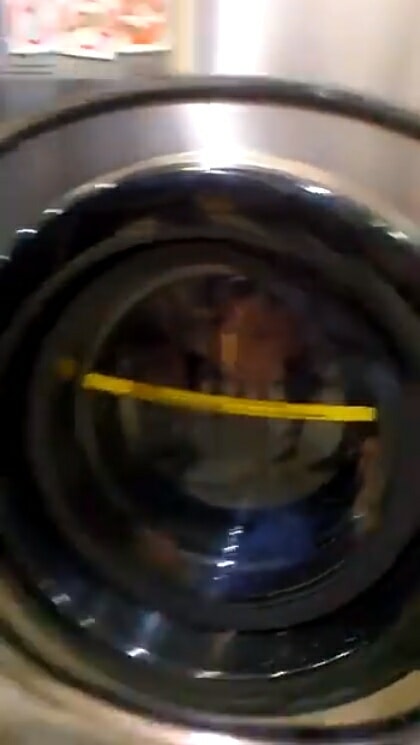 Now, yet another heart-stopping incident has taken place at a laundrette in Bukit Sentosa, Rawang last night (October 1) at around 12.30am. According to NST, a three-year-old boy was trapped inside a washing machine when he went to the premise with his 25-year-old mother and uncle.

She was busy washing her clothes at that time and did not pay much attention to what her child was doing. It was reported that the boy was playing around with the uncle when the kid had somehow gotten inside the 15kg washing machine. 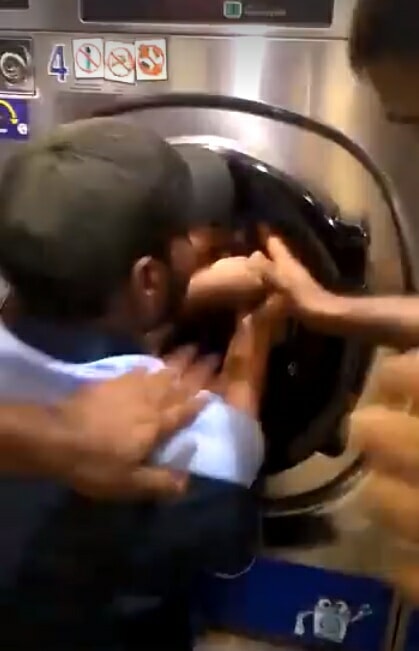 However, it appears that the prank went horribly wrong as the uncle could not open the door of the machine after that and the boy was stuck inside. An almost three-minute-long video of the incident went viral on social media, which showed the rescue operation as the boy’s family quickly asked for help from a restaurant nearby.

At first, they tried to pull open the door but it was stuck fast. Having no choice, the workers from the restaurant got some tools out including a hammer to break open the door’s glass before they could successfully rescue the boy out from the machine. He was trapped inside for about 20 minutes and was handed over to his distraught mother immediately once he was free. 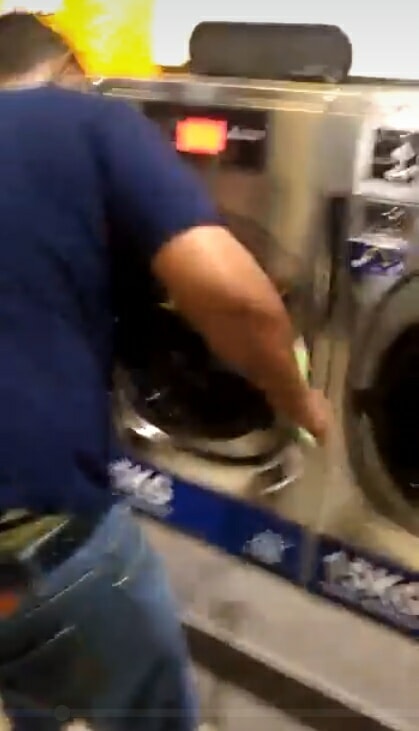 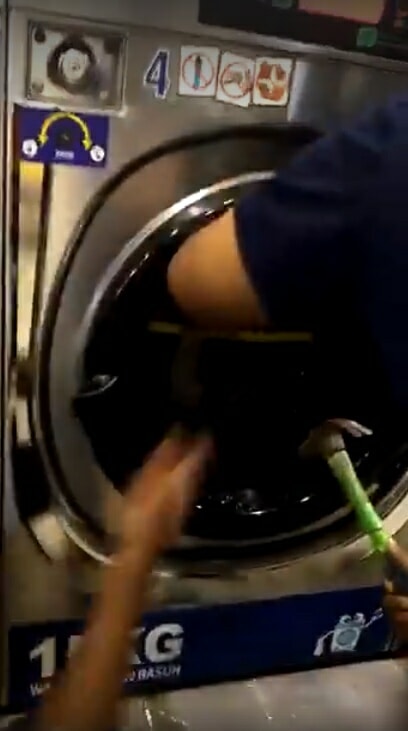 The parents of the boy lodged a police report and Hulu Selangor police chief Supt Lim Bak Phai confirmed the incident and location. He told the Malay Mail, “The police report filed said the 25-year old mother had brought her three-year-old son to the laundry around 12.30am to do her clothes washing. The victim was trapped for around 20 minutes, before the machine’s glass door was successfully broken with the help of police and members of the public. The child was unharmed.”

The owner of the laundromat, Hazmal Hassan said that he suffered RM3,000 of losses from the incident but the boy’s father said that he would pay it back. “The washing machine door will lock automatically when coins are inserted or when someone hits the start button. I don’t know how it happened but a boy’s life was at stake,” he added. It was also really lucky for the boy as the machine did not start possibly because it was too heavy. 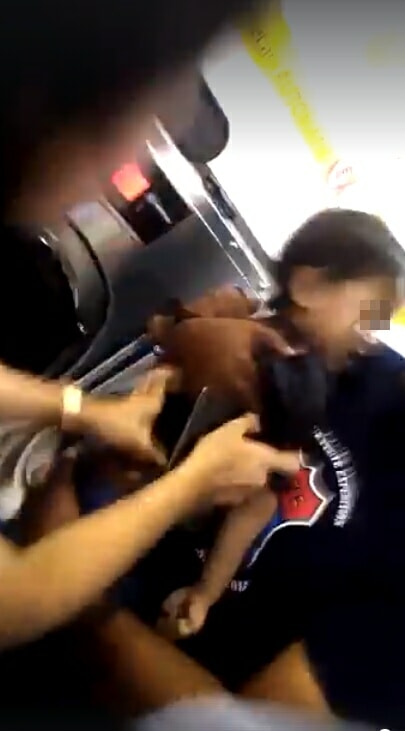 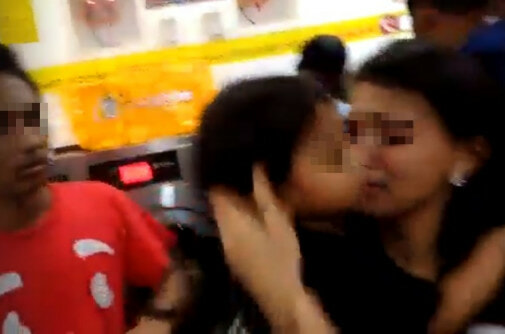 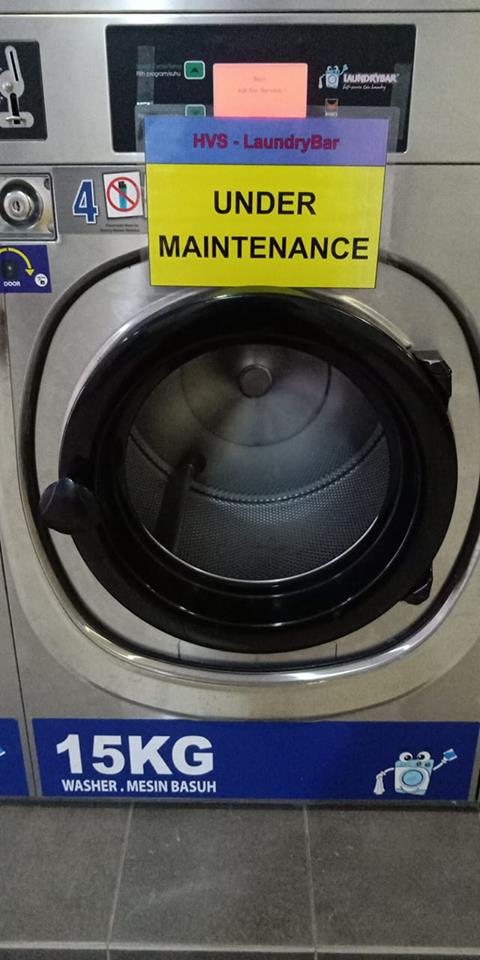 Netizens who saw the video were condemning the boy’s family for not keeping a closer eye on the kid while some of them said that these machines were very easy to use.

Luckily the boy is safe and unharmed but parents, do make sure to pay close attention to your young kids to keep them away from danger!

Also read: Two Cruel M’sians Killed a Pregnant Cat By Trapping Her in a Dryer & Watched Her Die 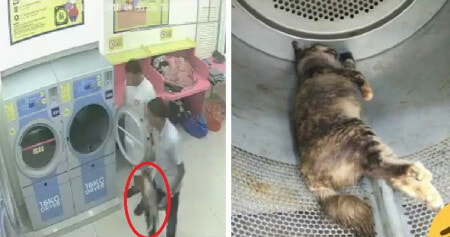