There’s a lot of ways to boost a company’s morale. But this one particular company in China is really stretching it.

According to the People’s Daily Online, an employer has mandated a rule within the company that stipulates all female employees to receive kisses from him each morning, asserting that it boosts “morale”.

A video has also been posted on YouTube capturing the “foster-good-relationships session” that occurs between 9am and 9.30am daily. In the video, the women can be seen lining up to receive their morning kisses from the boss. Wonder how the company adds the rule in the job description. 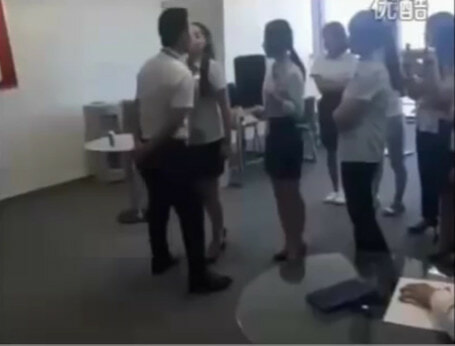 The boss of the company that sells home brewery machinery in the Tongzhou District, Beijing explained that he had travelled to many different countries and happened to witness the practice in an American company.

Believing it encourages solidarity and cohesion between the employer and female employees, he decided to bring the practice back home. How convenient… 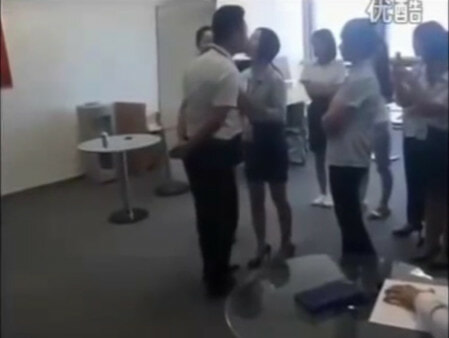 Over 50% of the employees in the company are female and while most are hesitant, they do eventually give in the exercise.

So far, only 2 employees have refused the boss and handed in their resignations.