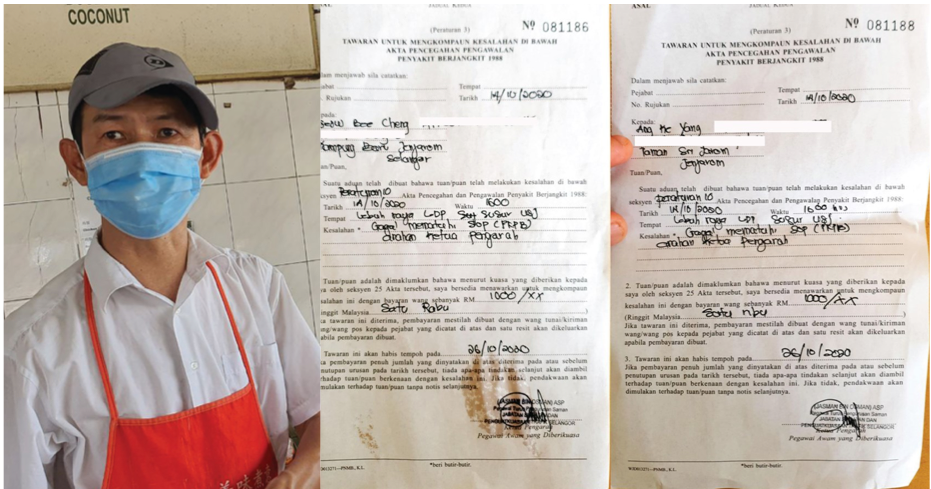 A lopsided SOP introduced after the CMCO was announced recently could cause a chicken rice vendor in USJ4 to shut down his business. The two-person per car SOP is currently being imposed in all areas under the CMCO is causing much trouble to the chicken rice seller as he was recently slapped with three compounds of RM1,000 each.
Seow Boon Keon, his two sisters and nephew were fined on October 14 at 4 pm when they were on their way home to Jenjarom. He explained, as reported by SJ Echo,

“We travel from Jenjarom daily to USJ4 to operate our chicken rice stall. It’s 30km one way from Jenjarom. Because of the distance and also because the other three cannot drive, we travel in the same car. All we do as a routine is head to work from Jenjarom in the morning and go home by around 3.30 pm when we finish work. We don’t go anywhere else.” 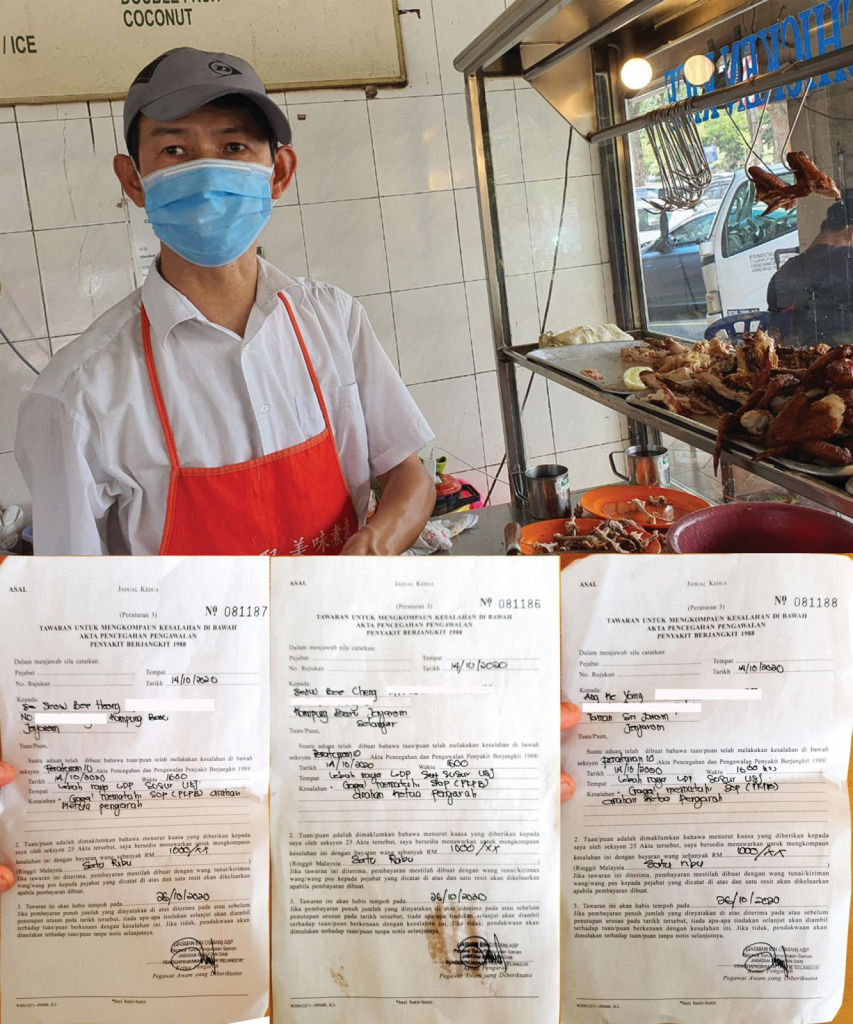 On that day, him and his three passengers were stopped along LDP and were given compounds even though they have produced letters that they run a business in USJ4. Seow revealed that he might have to close shop due to the SOP. Fortunately for him, ADUN Subang Jaya Michelle Ng and ADUN Banting Lau Weng San have are already looking into the matter and finding the best way to help him with his predicament.
Also read: Woman In Melaka Fined RM1,000 For Not Checking-In Using MySejahtera At Melaka Eatery 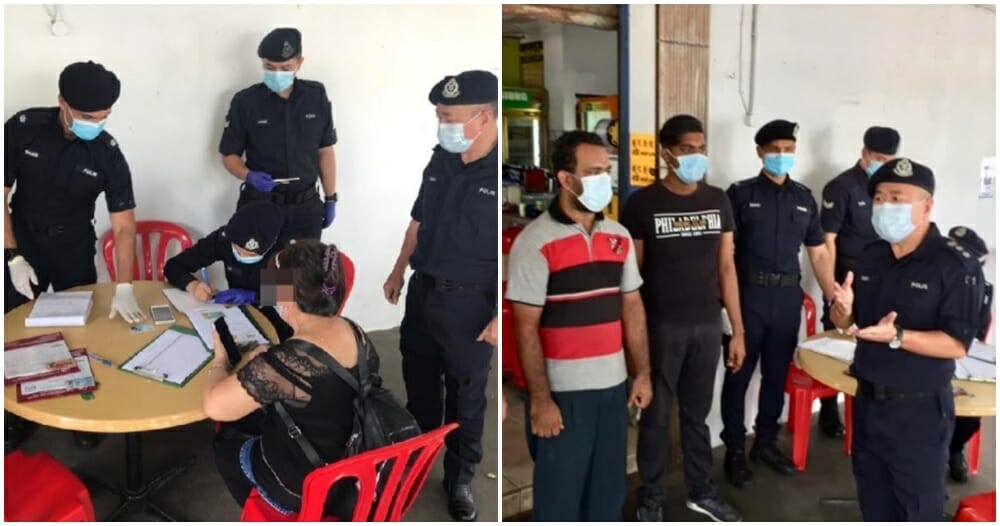