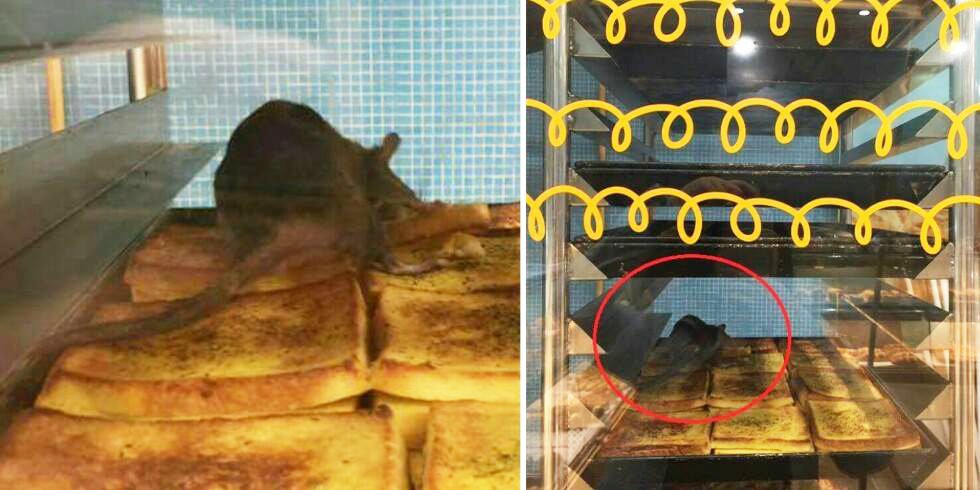 A couple of pictures of a rat walking on bread recently surfaced on social media and it has since went viral.

The two photos posted by Melon Roux showed a rat casually laying on some of the garlic bread of a famous bakery located inside Mid Valley Megamall. Her post has since garnered over 4,000 shares. 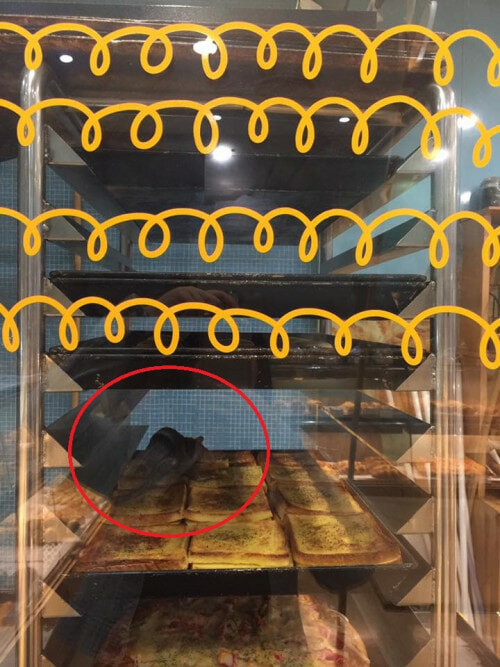 In Melon’s caption, she explained that she was choosing some pastries when her boyfriend suddenly noticed the rodent.

“While I was feeling so happy choosing my pastries, EuGene Tan suddenly shouted ‘holy sh*t!’

“I was surprised and asked what happened but he never answered me but keep staring at the tray of breads in front of him.”

Perplexed by his reaction, Melon took a look at what her boyfriend was gawking at. To her horror, she saw a rat on the bread!

The sight left her disgusted and she then decided to put all the pastries on her tray back. 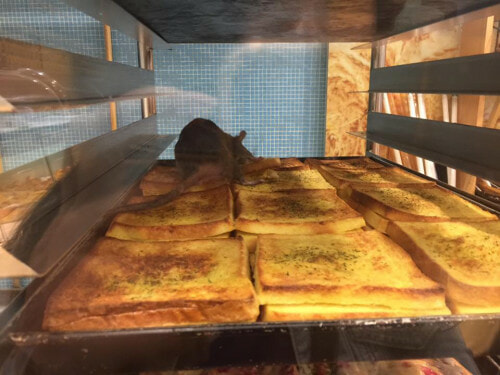 Some people speculated that the rat looks like it was eating the bread!

Immediately, the couple told the staff about the rodent and left. Melon did not mention what actions they took, but said that she hopes that they would be more alert in the future. She also mentioned that she did not want to reveal the name of the bakery.

When the shocking picture went viral, many netizens could not help but highlight how dangerous rats are as they can cause Leptospirosis – a disease that may cause kidney damage, meningitis, liver failure, lungs to bleed and even death.

Most netizens expressed their disgust as the rat stood on food that is to be consumed.

“Alert! This pest can cause death to human… It is not something we can take lightly.”

“Can you imagine the bread being sold if no one noticed the rat???”

After the outrageous pictures of rats in chili tanks in Giant went viral, you’d think food and beverage outlets would be more careful about pests in their stores.

Komugi has since released an official statement and public apology on the issue. 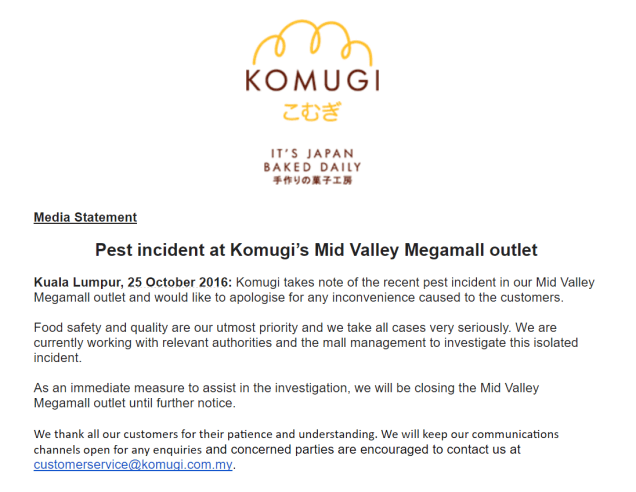