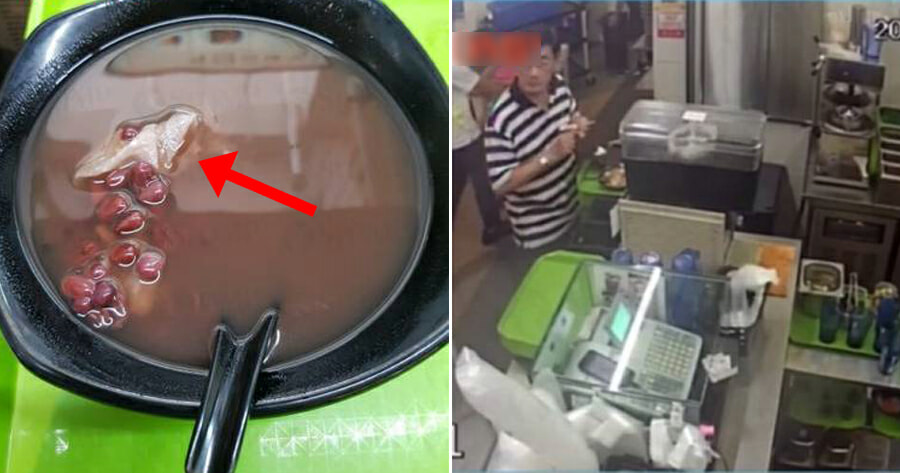 I’m sure you’ve had moments when you find foreign objects in your food like, pieces of plastic, insects, a strand of hair or even maggots. This probably disgusts you and you’d demand that you get a new dish or a refund.

Well, a Singaporean family was also disgusted when they found a whole piece of tissue in a bowl of red bean soup that they ordered from Bukit Panjan Hawker Centre, according to Stomp.

It was on 7th September when the daughter in the family, Adeline, shared that her family had ordered three bowls of dessert, but one of them was contaminated by a piece of tissue.

“To our dismay, the red bean soup actually came with a piece of wet wipe soaking in the bowl,” she said.

“It was quite a big piece. I’ve never seen such a thing before.” 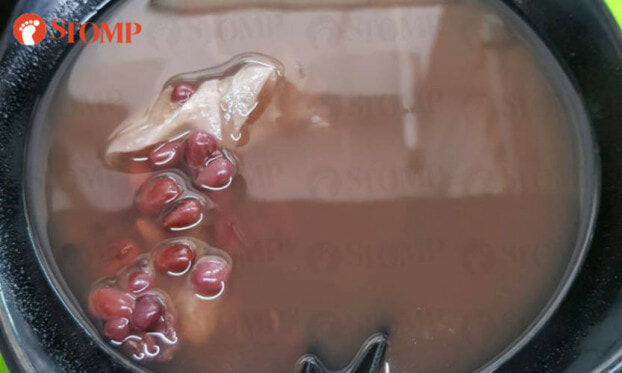 She said that her father then brought the bowl back to the stall to tell them about it, and requested for a different dessert as he believed that the whole pot of red bean soup might be contaminated.

“However, the stall attendant didn’t even apologise and just gave my dad his $1.70 (RM5.15) back and shooed him away,” Adeline said.

Later, the stall operator said that he checked the CCTV footage of the incident and discovered how the tissue managed to get into the red bean soup. 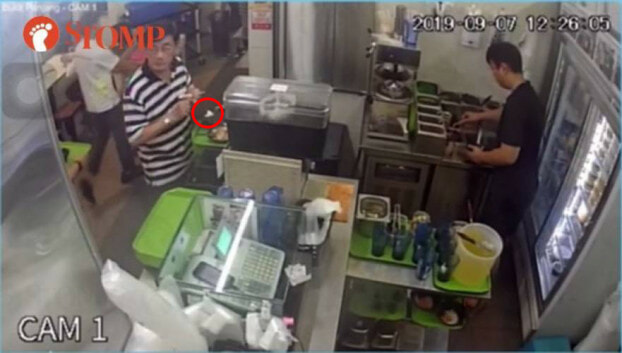 The video shows Adeline’s father at the counter, waiting to pay for the desserts after ordering. He grabs a spoon and puts it in the bowl, then wipes his nose with a piece of tissue in his hand.

He then adjusts the bowls on the tray, but what he doesn’t realise is that he dropped a piece of tissue into the bowl! It seems at this point that there were actually two pieces of tissue in his hand and he was the ‘culprit’ behind the contaminated bowl of red bean soup.

“The video serves as clear evidence that the customer dropped the piece of wet tissue in himself,” the stall operator said.

Well, what can I say? Thank God for CCTVs? 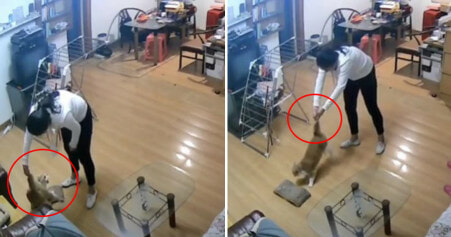