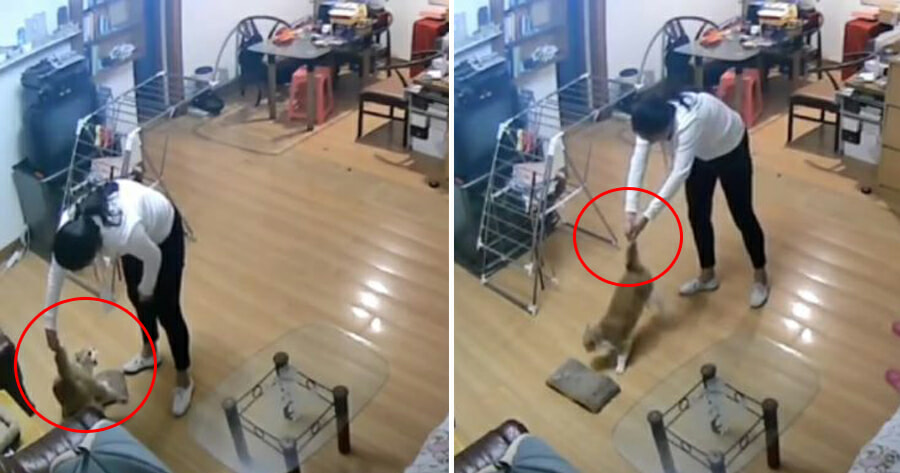 Whether you are an animal lover or not, we all know that pets can sometimes be a nuisance as they often mess up our furniture or leave traces of poop for us to clean up. Even so, we also know that having pets means we have to be responsible for them no matter what the cost, and it’s heartwarming that these animals are able to trust us with their lives.

However, not all human beings think treating animals with love and care is necessary. This was evident in this CCTV footage of a woman in China abusing her roommate’s cat for over an hour on 27 April.

According to NextShark, the woman, identified as Dong, chased, beat and kicked the British Shorthair named Mian Mian, allegedly punishing it for urinating on her bed while the owner, who was travelling in Thailand during the incident, watched the whole ordeal as it happened through a live home security camera. 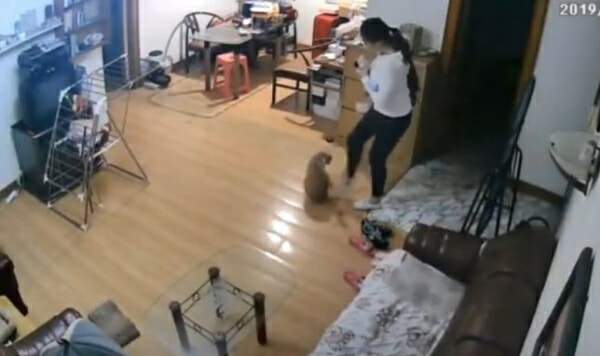 She could not do anything about it as she was overseas, but could only cry helplessly as she watched her poor cat suffer. She attempted to call Dong several times during the agonising stream, but Dong allegedly refused to pick up.

Dong had apparently agreed to live with Mian Mian when she moved into the apartment and had also agreed to watch over it when the owner went away for the weekend.

“My female flatmate kicked my cat as if it was a penalty kick,” the owner said. “She beat the little cat which was unable to fight back for dozens of times.” 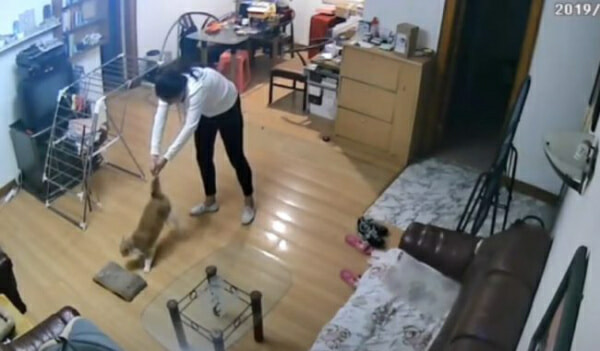 The torture didn’t stop there as Dong also squeezed the cat’s neck, locked it in its cage and lifted it by the tail for over three minutes just “for fun”.

On 30 April, the owner, who goes by the username @vseacuvuenm on Weibo, posted the CCTV clips on the site where it has since gone viral.

Insistent on getting an apology, she decided to publish Dong’s personal details on social media too. According to the owner, Dong is a student at the Hong Kong University of Science and Technology (HKUST) and an intern at Tencent.

Upon receiving the news of Dong’s cruel actions, HKUST offered to reprimand her while Tencent swore to terminate her contract and offer counselling.

Dong has reportedly apologised and offered to cover Mian Mian’s medical bills. However, she may not face criminal prosecution as China has no laws on animal cruelty.

You can watch the footage here:

It’s unfortunate that no legal action was taken against Dong, but we hope she learnt a lesson about treating animals cruelly. Poor Mian Mian 🙁 Hope it recovers well.

Also read: Man Disgustingly Tries to Have Sex With Pet Cat, Gets Arrested After Neighbours Heard Him