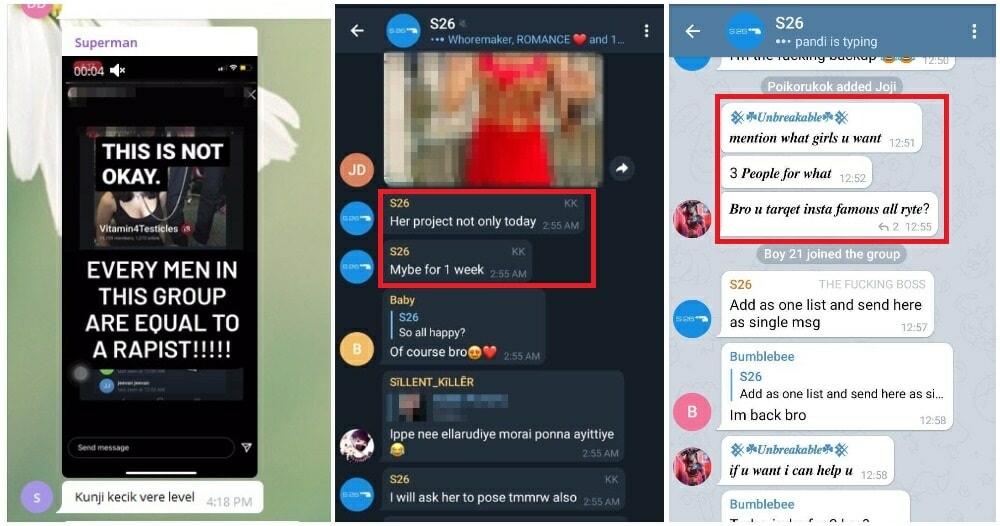 When will groups or more specifically men like this stop performing these vile acts?

Eight months ago, WORLD OF BUZZ exposed the infamous V2K Telegram group that featured images and videos of women without their consent. When questioned, the men in the group justified their actions by saying that they were not raping anyone. Thus, their actions could cause no harm.

Since then, awareness regarding these groups has increased but unfortunately, the groups haven’t ceased existing entirely, with the latest group being exposed one month ago for distributing child pornography. But very recently, it was brought to our attention that a group similar to the V2K group called Vitamin4Testicles has re-emerged on Telegram with over 4,000 followers and they have taken a more menacing approach this time.

Speaking to WORLD OF BUZZ, Ajay* (name altered for privacy reasons) said he managed to infiltrate the first group and made it viral which led to people reporting against it. The next thing you know, a new group was created with all the same members.  A woman then decided to join the new group and decided to fight back against the admin and the group members. 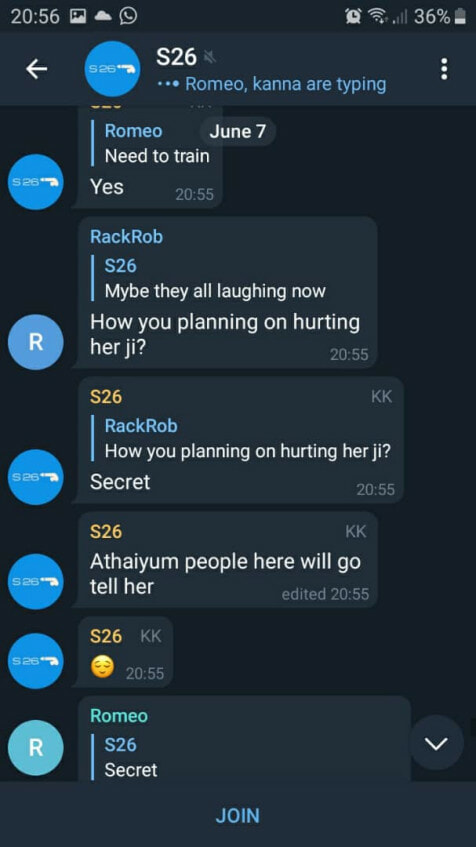 The angered admin started threatening the woman saying that if she didn’t apologize to him (the admin), they would rape her sister. One of the members of the group was reportedly a hacker and when she had infiltrated the group, he managed to obtain her private information. The victim was then forced to take private pictures and videos of herself, which were then shared in the group.

The group members call this their “little projects”.

These members would also make further lewd requests asking the admin to make the victims pose in whatever way they find desirable. 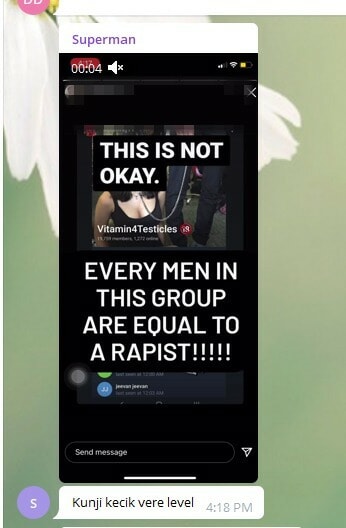 The “project” operated on the basis of these men threatening women to obtain their private pictures and videos. WORLD OF BUZZ managed to infiltrate the group and obtained some exclusive screenshots. It was sickening to see almost four thousand men not feeling any remorse for their actions and could even make jokes about the situation.

In the screenshot above, the men are seen targetting “Insta-famous” girls and were even asking what time the “project” for one of the women will start. Besides targetting women, these men also target other men who want to help these women whom they call “self-proclaimed heroes”.

As of 11am today (9 June), the group has been deleted, it is unsure whether the group is gone for good or if they have shifted their bases once again.

How long should women be afraid of these predators on social media? If you ever found yourself victimised by this group, please don’t hesitate to lodge a police report to MCMC!

Also read: “I feel violated” Photos of M’sian Girls Shared Without Consent By Another Telegram Group 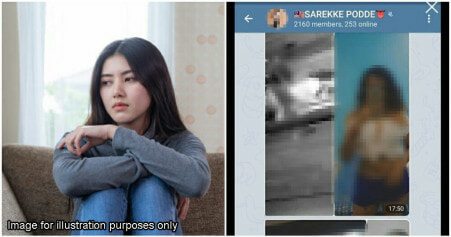