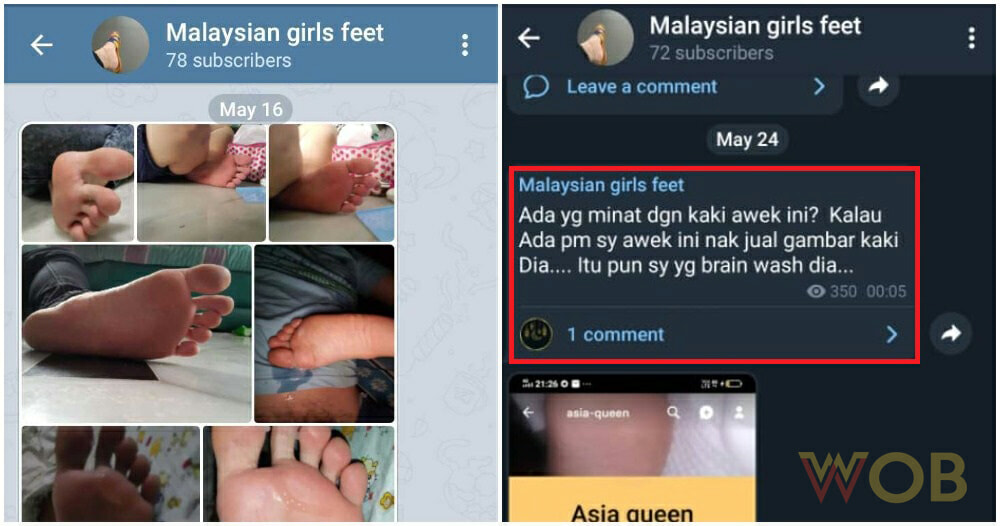 Trigger warning: This article mentions assault and acts of sexual deviance that some may find unsettling. Viewer discretion is advised.

At this point, the question still remains, when will the safety of women online and offline be guaranteed?

Just last week, WORLD OF BUZZ exposed the re-emergence of a Telegram group with over 4,000 followers that featured images and videos of women without their consent. They also obtained a woman’s private information and extorted private images from her.

WORLD OF BUZZ received exclusive information today (14 June) that another Telegram group where men trade feet pictures of Malaysian girls and models among each other also exists. Upon infiltration, we found that the admin’s usual modus operandi is to first send the girl’s face to gain interest and ask his followers if they want the girl’s feet pictures. 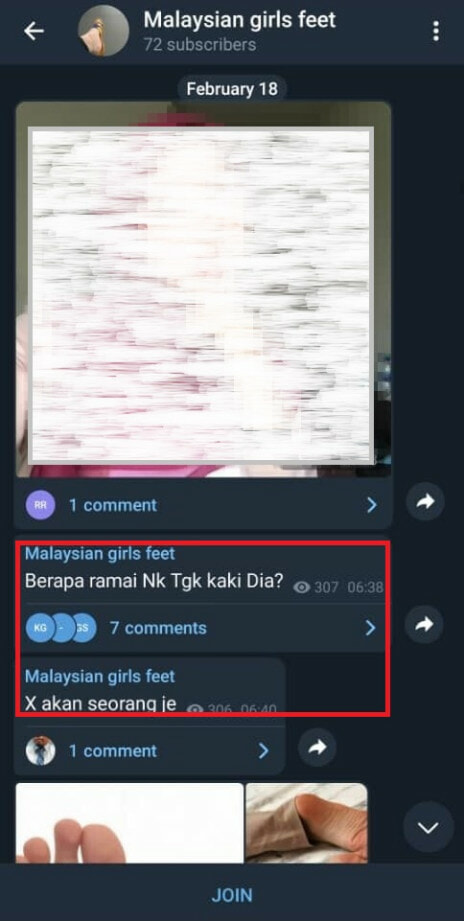 The group admin also sold his girlfriend’s feet pictures after claiming that he managed to “brainwash” her.

Aside from this disgusting practice, the group also shares pictures of women exercising, where the admin particularly zooms in on the women’s feet. The group was created on 19 December 2020 consists of 70 subscribers and the last posting was made last week on 7 June 2021. However, it has been discovered that the group seems intent on “growing” its reach.

How long should women be afraid of these predators on social media? If you ever found yourself victimised by this group, please don’t hesitate to lodge a police report to MCMC! 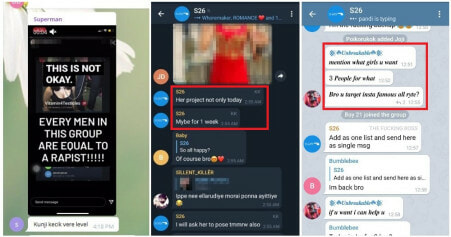