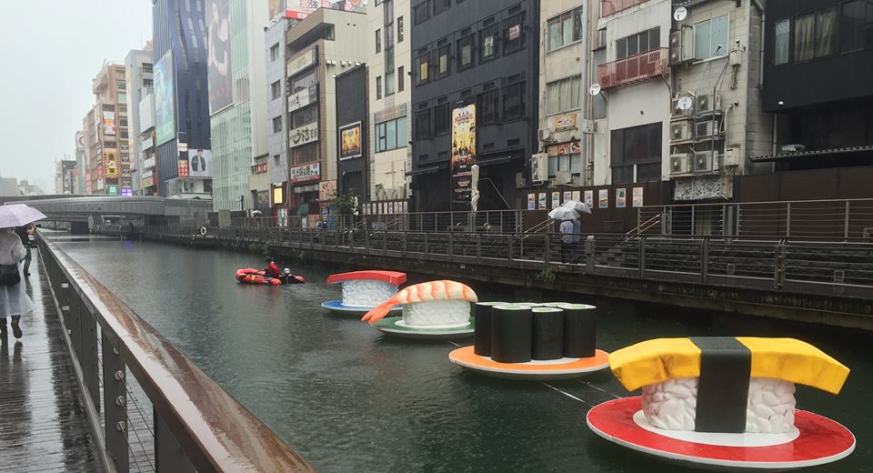 Osaka is known throughout Japan for being a foodie’s paradise. The area has such a focus on food and dining and has given birth to so many well-known dishes that there’s even a famous saying: Kyo no kidaore, Osaka no kuidaore, meaning “Dress up till you drop in Kyoto, eat till you drop in Osaka”.

This October, the city will be showing us just how much their food culture means to them, with a giant floating sushi train carrying plates of gigantic sushi up and down the river, and we’re taking a sneak peek at video and photos of the trial run!

“Rolling Sushii” is one of a number of works that will be on display as part of the Osaka Canvas Project, where artists and performers transform the vibrant city with outdoor performances and interactive installations.

Apparently these giant delicious nomnomz are tied together and driven down the river with a speed raft boat.

So heads up to whoever will be there on these dates!

Gosh imagine if only these sushi were real! 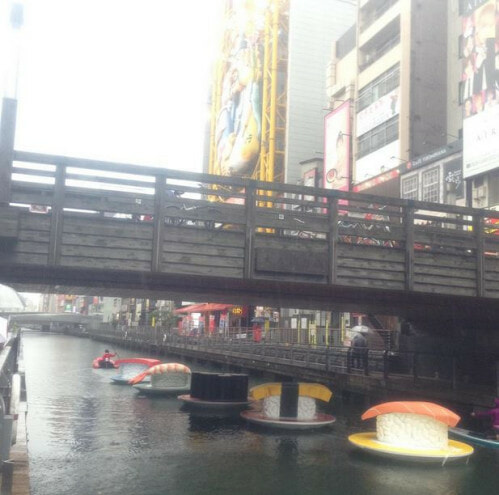 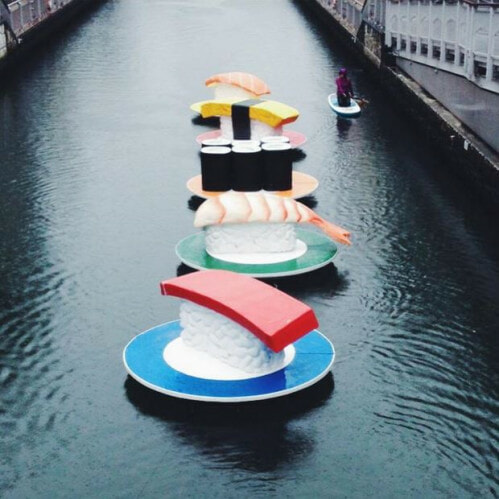 Here’s a video of the art: