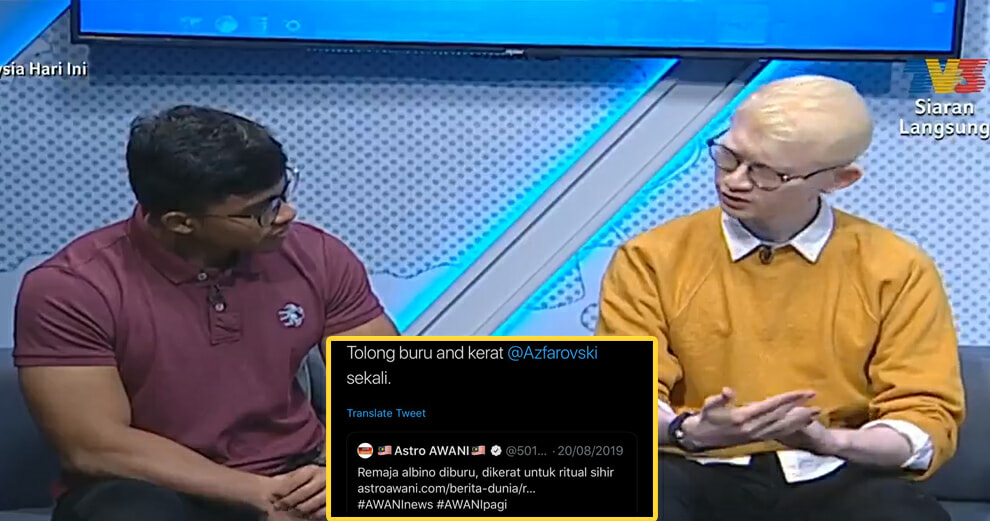 Body shaming is not only uncalled for and could harm the mental health of the victim, but it is also a crime!

Recently, viewers of a day-time local talk show, Malaysia Hari Ini (MHI) witnessed something unexpected when they tuned in to see a discussion on body shaming, a subject that’s been trending recently. The talk show, conducted in Bahasa Malaysia, invited 3 panellists for the topic of “Stop Body-Shaming, It’s Not Humourous”, but didn’t realise that two of the panellists have a history together, which turned the discussion into a face-to-face confrontation of a victim with his body shamer live on national TV!

Shared by a netizen under the handle of Burhan_plays on Twitter, a video recording of the moment has since gone viral with over 17k retweets and 14k likes. Panellist Azfar Firdaus, or famously known as Azfarovski, is a 25-year-old model who knows all too well about the dark side of social media as he has experienced first-hand being body shamed and cyber-bullied just because he is Albino.

Sitting on his right was Shazwan, who recently went viral for being body shamed online after he posted a post-workout body picture on a social media platform. Both were invited as panellists due to their first-hand experience dealing with the adverse effect of cyber-bullying. 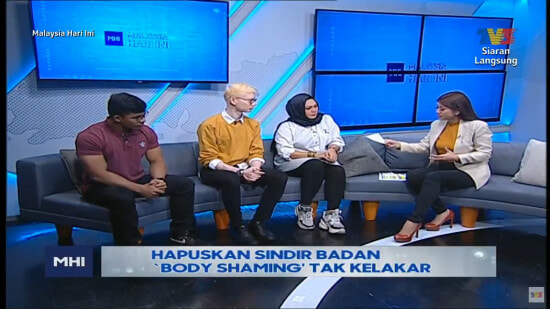 However, things morphed into something else completely when Azfar directly confronted Shazwan for something that he did a while back that caught everyone on the show off-guard. Speaking of his experiences in being body shamed, Azfar said that he had been cyber-bullied and body-shamed by none other than Shazwan himself! 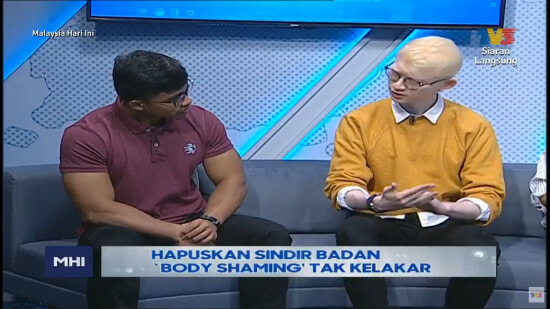 “On 20th August, Astro Awani came out with an article about an albino child in Tanzania being slaughtered and sacrificed. That’s what happens in the world, yeah. So, Shazwan, you retweeted it and said, ‘Let’s hunt down and slaughter Azfar as well’. Yes, that’s what you said.”

The tweet was subsequently deleted by Shazwan, but a screenshot of it is still circulating online, which you can view here: 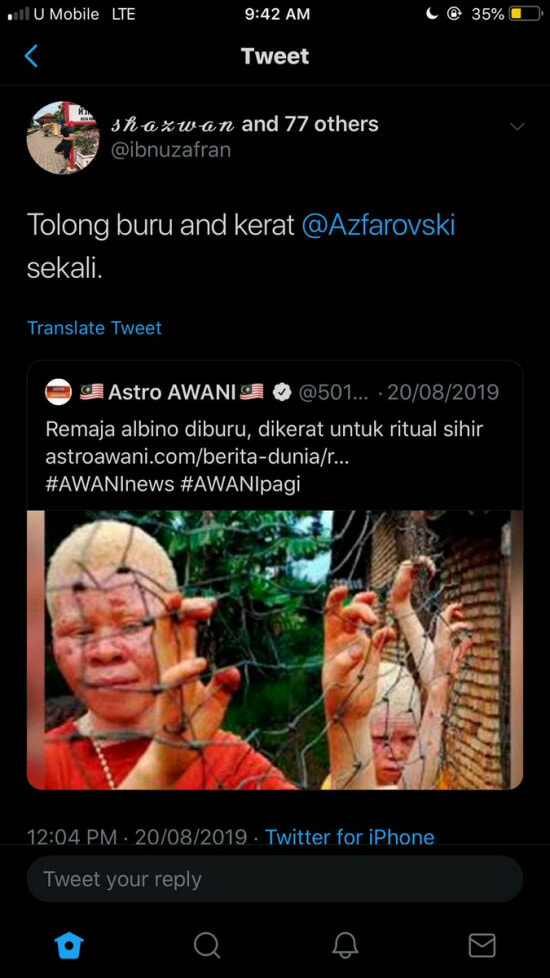 After Azfar confronted him regarding the tweet, Shazwan was left speechless and could only nod at being called out for his past actions that contradicted the reason why he was invited as a panellist for the discussion in the first place. You can watch the whole video here:

Azfar then gave a reminder to Shazwan and to Malaysians in general about the unseen dangers of body shaming and cyber-bullying, saying:

“Body-shaming is something we do not realise. Those who do it feel that they’re invisible and anonymous when they do it, but they never know that we may meet them, the person that they’re bullying in real life, like what’s happening today” 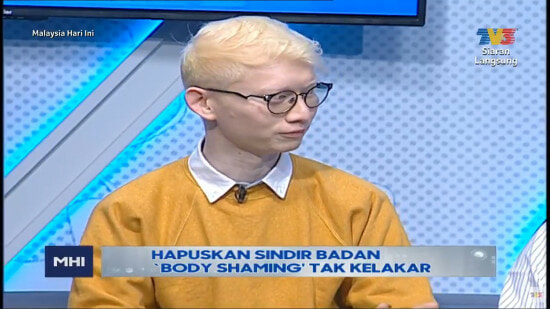 What do you guys think of the whole incident? Is Azfar’s action of calling out his co-panellist’s actions on live television warranted? What is the best way to educate Malaysians against cyber-bullying and body shaming in your opinion? Share your thoughts with us in the comments section. 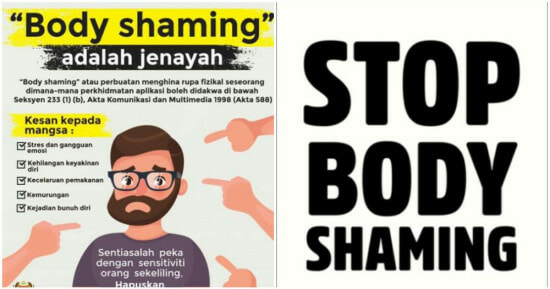