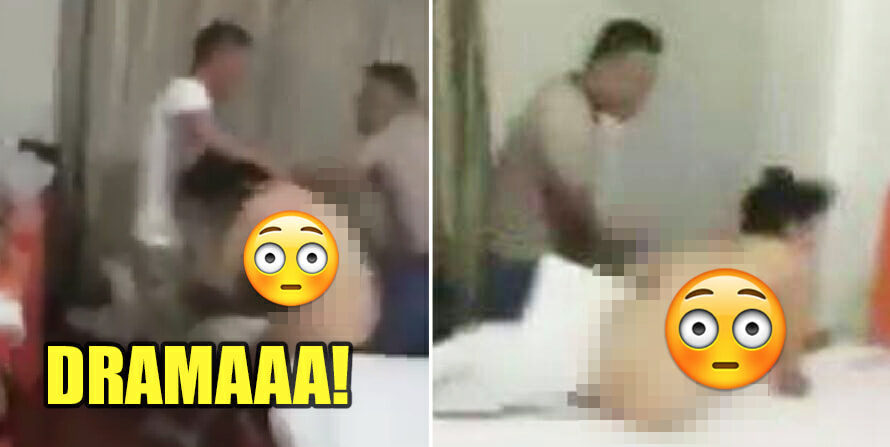 Infidelity has very unfortunately become a common trend now. Almost everyday you will hear of someone cheating on their partner. However, it seems like beating people up for cheating has become a common practice as well.

Recently, a Chinese man caught his wife cheating on him with another man in a hotel room. Upon this revelation, he brutally punished her by beating her up and using a belt to lash her. 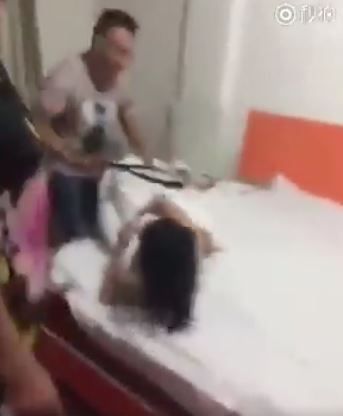 The 2 minutes and 30 seconds video showed two men banging on a hotel room door and waiting for the people inside to open up. Meanwhile, another unknown person was recording the whole scene with their phone from the side.

Once the door was opened, it revealed a half naked man looking out curiously. However, the two men roughly barged into the bedroom and choked the confused man against the wall while yelling at him. 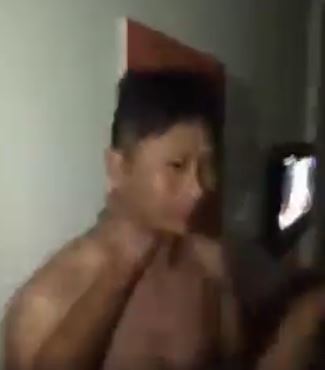 In a state of rage, the man in the brown shirt pulled the blankets off a woman who was sleeping on the bed. When her face was revealed, the man started slapping and pushing her head.

The naked woman was believed to be the brown-shirt man’s wife. As his friends held onto the half-naked man, the angry husband continued to shout and ruthlessly beat his own wife.

The merciless man even used a belt to whip the cheating woman repetitively! 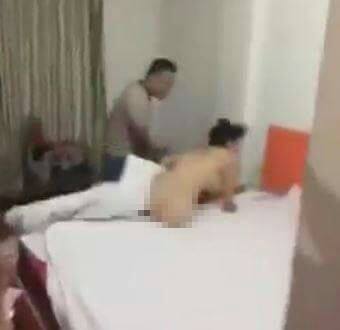 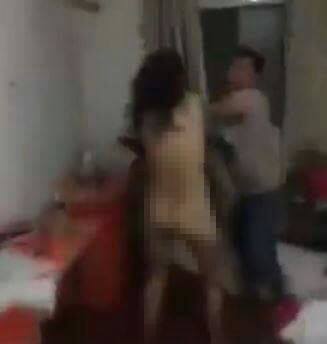 However, when the naked woman finally noticed the person recording the whole incident, she went berserk. She pushed her abusive husband aside and rushed to the cameraman to stop the video. She started screaming at the cameraman angrily.

But the husband pulled her by the hair, dragging her back into the middle of the room until she fell to the ground. She yelled at him and tried to get back up but the enraged husband only started bashing her up again.

By that time, several other men and women had came into the room. Nonetheless, nobody did anything to seriously stop the abuse. One man had tried to stand in between the husband and wife a couple of times, but that was it.

Even the woman’s boyfriend whom she was cheating with didn’t try to stop the raging hubby. 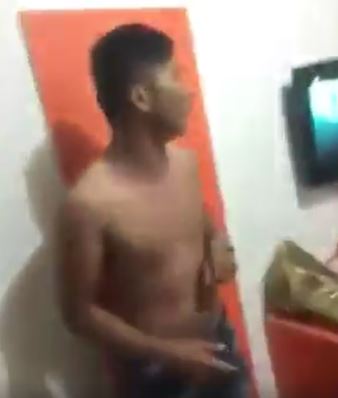 After watching the abusive episode, many netizens felt that the husband went overboard even though the wife was the one cheating. Although there are several others who did not symphatize with the woman as she had placed herself in that situation.

“She did wrong but you don’t have to beat her up like that.”

“If that were me, I would have just divorced her. Easy. No need to hit her.”

“What did you promise during your wedding. Both didn’t keep. She cheat and he hit her. Both useless.”

What do you guys think? Was the husband really overdoing it or did she deserve it for cheating on him?

Watch the drama unfold in the video below: